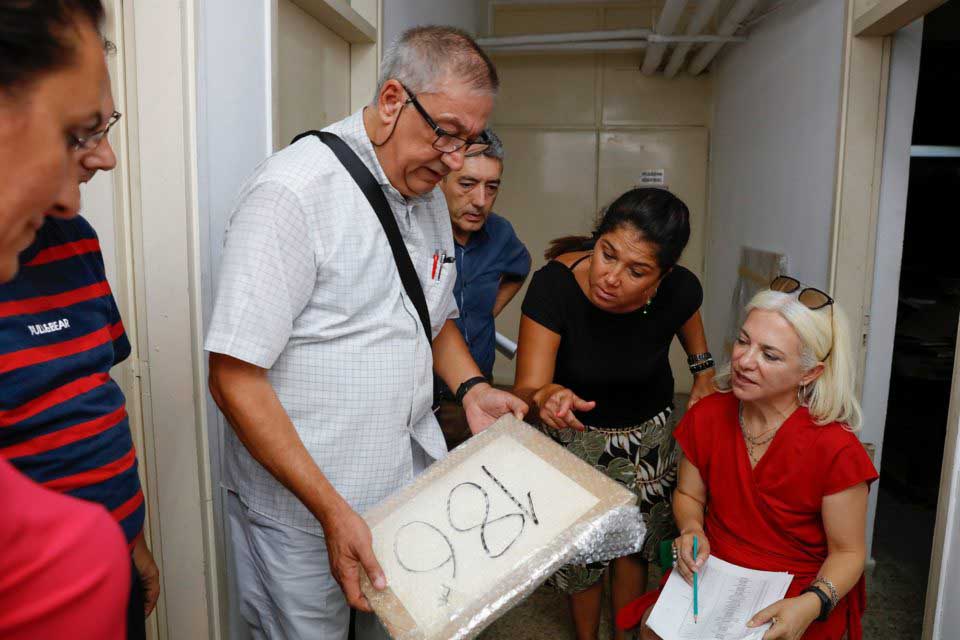 The artworks were exchanged in September

President Nicos Anastasiades and Turkish Cypriot leader Mustafa Akinci on January 31 will be attending the opening of an art exhibition and presentation of audiovisual material that was recently exchanged between the two communities.

Greek Cypriot co-president of the bicommunal Technical Committee on Culture Androulla Vassiliou told CNA that the exhibition will be held at Ledra Palace Hotel, in the buffer zone, in the presence of the UN Secretary General’s Special Representative in Cyprus Elizabeth Spehar, and representatives of UNDP and the European Union.

Members of the diplomatic corps, the mayors of Nicosia and Famagusta, and the owners of the art, have also been invited to the opening.

The exhibition will open on February 1, 2020, for artists and journalists. The works will then be handed over to the Cultural Services, which will undertake to exhibit them in Nicosia for the public.

Vassiliou noted that part of the audiovisual material of Turkish Cypriot artists will also be presented at the Ledra Palace.

In September, the two communities exchanged the works of art and audiovisual material as part of an agreement between Anastasiades and Akinci.

Vassiliou said the works of art were restored with funds from the European Commission, adding that many had been damaged by damp and some could not be restored.

A total of 219 works of art were returned to the Greek Cypriot community, of which only 50 will be exhibited at the Ledra Palace, due to lack of space.

Most of the works belong to the Famagusta Municipal Gallery. Many are the work of Paul Georgiou and were found in his atelier and his home in Famagusta.

Others are the work of Stelios Votsis, which were found at the port of Famagusta, having returned from an exhibition in England prior to the 1974 invasion.

Vassiliou said that for around 10 per cent of the works the artists have not been determined. Many paintings are portraits, which may be identified by visitors of the exhibitions.

Vassiliou also said that a publication with photographs and material about the works of art is underway.

‘If Gesy goes wrong House will be held accountable’ (Updated)