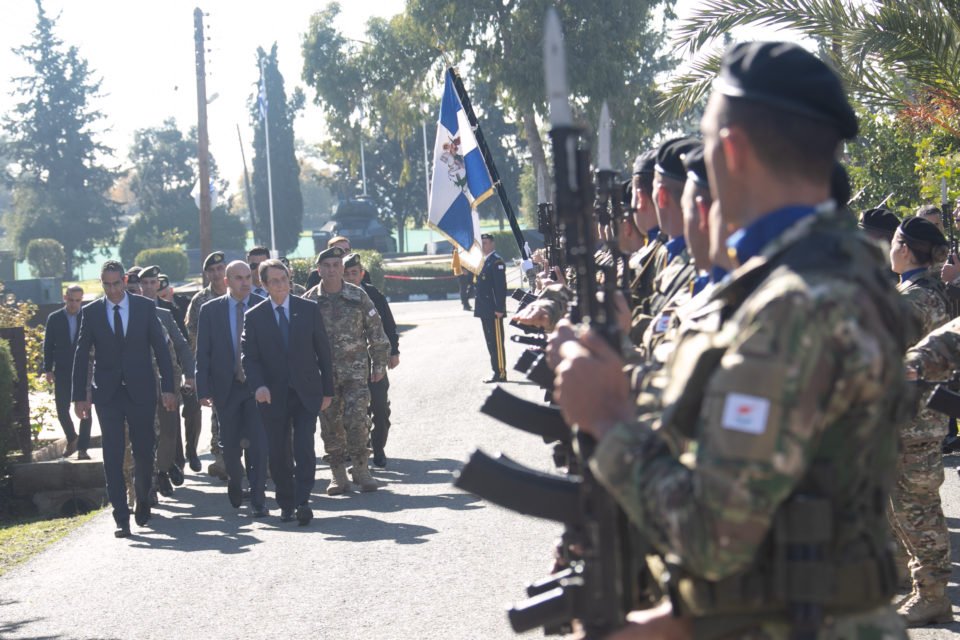 President Anastasiades on Friday said we will not follow Turkey in the path it has chosen to create a crisis , but rather we will continue to insist that international law, the EU, friendly countries and especially Greece can assist us in playing the role of a preventive force, so that any illegal action by Turkey can be successfully tackled.

Speaking during a visit to an army camp in Kornos, accompanied by Defence Minister Savvas Angelides, the President said once again our side aims at creating conditions which will lead to a productive dialogue and to a solution to the Cyprus problem. He pointed out that the dialogue must lead to a functioning state based on EU principles and values that respect human rights.

The President said that we do not seek the militarisation of the state , even though we are provoked and we will not respond to these provocations, pointing out that the National Guard is able to defend the territorial integrity of the Republic of Cyprus.

He said that those who speak of militarisation and call on us to avoid this, are the ones who have invaded and occupy our homeland and maintain 43,000 Turkish troops in the occupied areas. The President also condemned Turkey’s attempts to set up a drone base in the north and its provocations in the island’s exclusive economic zone (EEZ).

President Anastasiades said that all these provocations are taking place following the recent meeting called by UN Secretary General in Berlin, with the Turkish Cypriot leader Mustafa Akinci and the prospect of a conference in order to agree on the terms of reference that will allow the resumption of the talks.

He said that our side has expressed it determination and will to assist the UNSG in his effort but has, at the same time, made it clear that in order for a dialogue to resume, we must have more than a few terms of reference agreed upon. He added that once again Turkey needs to finally realise that it must stop its illegal actions and provocations against the sovereign rights of a UN and an EU member state.