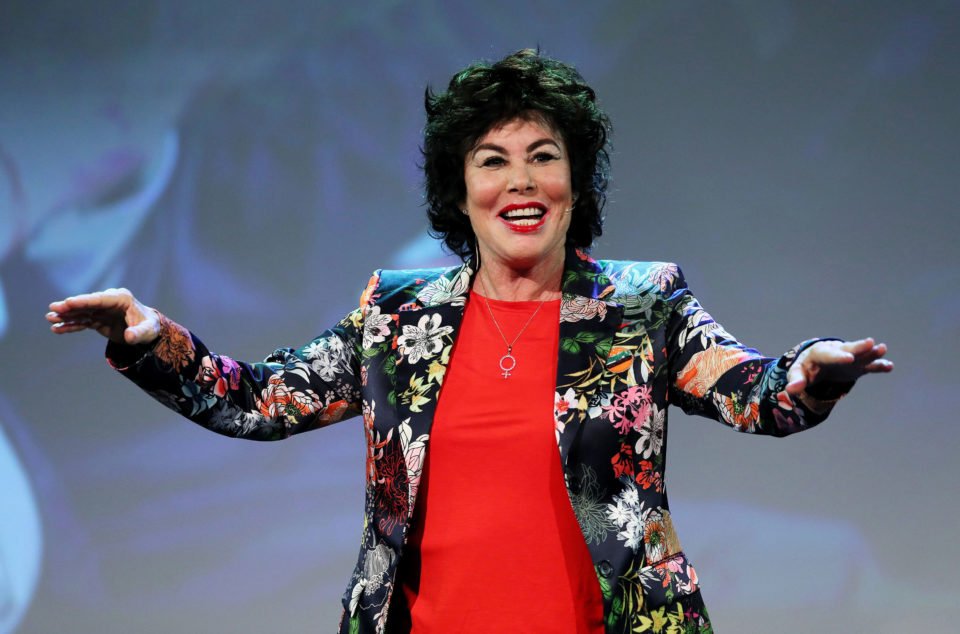 Ruby Wax speaking at the Pendulum Summit in Dublin in January 2019. Brian Lawless/PA.

If there’s a woman of many sides, it’s Ruby Wax. Bursting onto the scene as a comedian and a regular on TV for many years, she then famously studied for a masters at Oxford University in mindfulness-based cognitive behavioural therapy and is now perhaps best known for her campaigning work – even being awarded an OBE for her services to mental health.

American-born Wax, 66, has been open about her own struggles with depression, and the positive effect speaking out has had for her.

Her books include A Mindfulness Guide For The Frazzled, which was included on the Reading Well list of expert-endorsed reads to help people better understand and manage their mental health. Her latest, How To Be Human: The Manual, was published last year. She now features on a new podcast, Just About Coping, by Mental Health First Aid (MHFA) England.

On the importance of opening up

“The problem is we’re not taught how to open up. Nobody gives you any tools,” she adds. “One of the problems is that we don’t have a place where we can meet [others in the same situation] – not even necessarily with depression, just if we’re burned out.”

On men speaking out more

Wax’s latest tour, How to Be Human, includes a segment where audience members stand up to share their stories.

“In the beginning it was just women, now it’s more even,” she shares. “Men were never really known to open up, so it really feels good when they stand up – these are big butch guys and they’ll tell you the intimate details.”

With seemingly endless confidence and a career in TV and comedy, you might not think of Wax as a candidate for self-doubt, but she admits she’s always struggled with self love and acceptance.

“I do every day, it’s a lifelong struggle. One day you hate yourself, the next minute you’ve changed [something]. The main thing is: know it will fade, everything changes so fast,” she says.

“I can’t jog, how bad am I supposed to feel about that? I can’t cook, so am I a bad mother? Now I know I’m not but there was a [time when I thought], ‘Oh s**t, everybody else’s mother is baking and working a 15 hour job’. So the thing really is to forgive yourself – just do what you can do.

“It’s about understanding your level of what you can take and knowing when to go, ‘I can’t do any more’. It doesn’t mean you’re lazy.”

On what mindfulness really means

A lot of people associate mindfulness with simply ‘being in the moment’, but Wax says it’s much more than that. “It’s based on science. It’s used to lower your cortisol so you can think more clearly and make clearer judgements, and focus your attention longer,” she explains.

“Mindfulness just means you’re able to pull focus when you want to, rather than get distracted all the time. The evidence is that it has a high success rate [to help] all kinds of mental illness. But it’s not for everyone.

“There’s an area in your brain that can been seen in people who practice this kind of thing,” she adds. Indeed, according to Bupa, research shows the grey matter in the brain’s amygdala – known for its role in stress – can become smaller.

On her own routines

For Wax, mindful meditation is a daily discipline. “I get up in the morning and do it for half an hour. I can do it for a few minutes in the car or before I speak [on tour]. It’s to lower my heart rate so I don’t have so much craziness in my head.”

It takes work though. “I don’t love going to the gym” – and it’s the same thing,” she says. “But you can fit into your pants, that’s why I keep doing it. If you don’t, you gotta go a size up.”

You can listen to all Just About Coping podcasts at mhfaengland.org, on Apple Podcasts and Spotify

Road works on Kallipoleos to be completed on December 23