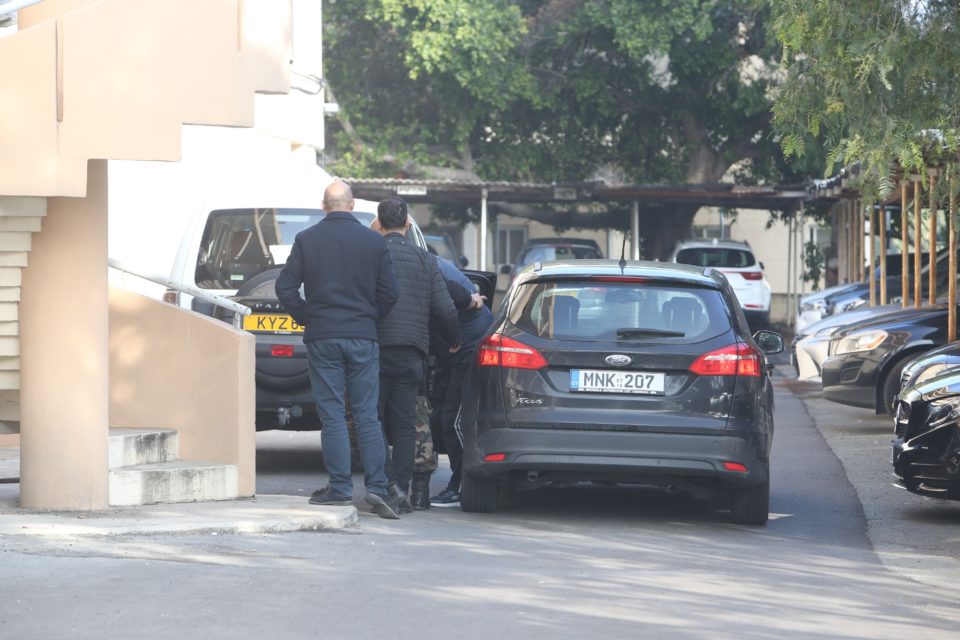 A Larnaca court on Friday released three people arrested by police in an ongoing investigation into the operation of a van able to carry out covert surveillance.

Before their release, police told the court they were seeking three more individuals in connection with the case.

Asked about the case on Friday, President Nicos Anastasiades said it was a matter for the police.

“What I can tell you is that it is not causing any problem between Cyprus and Israel,” he said.

Anastasiades said he had spoken earlier to Israeli Prime Minister Benjamin Netanyahu on the phone and the issue not only did not come up but on the contrary both sides reiterated their determination to work closely together to stop Turkey from carrying out its plans in the region though its deal with Libya.

Friday’s lengthy court hearing was kicked off by state prosecutor Thanasis Papanicolaou asking for the proceedings to be held behind closed doors on state security grounds, but his request was rejected.

The hearing was also attended by the private lawyer, Elias Stephanou, who has been appointed by the attorney-general to carry out an independent investigation of the case.

Police investigator Marios Papaevriviadis told the court that one of the male suspects was a programmer working for WS Wispear Systems Ltd while the other was a warehouse manager. The woman was the director’s assistant but also a director of other companies housed in the same building as Wispear.

The court heard that on November 20, customs officers carried out a search of a warehouse in Limassol and collected certain items including computers, antennas, cables, and other electronic equipment.

Papaevriviadis told the court that Wispear had asked customs for permission to move out of storage nine wi-fi antennas, three of which had been used to extend the network at Larnaca airport’s parking lot.

The company also installed a wifi gateway device inside the airport, the court heard. The equipment had been installed by people hired by the airport operator but due to complaints from people having connectivity problems they were uninstalled mid-November, the investigator said.

He said arrest warrants were issued on Thursday for the three suspects as well as search warrants for their homes and cars, as well as another address in Limassol, which had not been searched because of the late hour.

Papaevriviades said the force has so far taken 95 statements and was planning to take 55 more from various people. They executed 17 search warrants for various addresses and cars and have seized electronic equipment that will be examined by experts.

The court heard three more people were sought by police who were directly linked to the suspects and the offences under investigation.

Defence attorney Andros Pelecanos said the hearing had ulterior motives and objectives and there was no need to detain his clients further.

“The three have not committed any of the offences they are suspected of, especially that of conspiracy to commit felony and participation in a criminal organisation,” he said.

Pelecanos asked the police investigator whether a criminal organisation would ask permission from the state to move the van and use the equipment.

“Instructions were given by the chief of police to all police directors to say whether they knew about any move,” Papaevriviades said.

Pelecanos presented documents that according to him, showed that the company had asked police for permission every time the van was moved.

“In one case a drug squad officer was present,” the lawyer said.

Pelecanos told the police investigator that his outfit knew about the van since August when the Forbes report was published, but it moved because Akel had demanded an investigation.

Judge Dona Constantinou rejected the police request to remand the suspects in custody, arguing that the investigation started on November 15 and they had all the time since to influence any witnesses. The judge said the three other individuals sought by police were also known to the suspects and again there was no question of influencing them.

In a written statement after the hearing, Wispear repeated its accusation that the authorities had launched a witch-hunt against the company.

“Having already expressed our annoyance by the fact that our reputation and business is being damaged, we understand that this witch-hunt against us is now expanding to include and affect entities like (airport operator) Hermes that have done nothing else apart from looking into trying our innovative technology for the optimisation of their services to the public, and people that have no operational authority.”

The statement also lashed out against Akel, which has condemned the perceived spying.

“Once again congratulations to the police on being vigilant about crime-solving under Akel’s instructions.”

The company had previously accused the party of anti-Semitism.

“We are telling them we are not fazed, nor will we bother with them. Those they are primarily undermining and insulting are the authorities of the Republic of Cyprus and the police. They are responsible for responding to the absurd claims,” the party said.

Akel reiterated that it would not allow a cover-up nor for the case to be forgotten.

“The police’s recent actions in the spy van case confirm there are serious issues that must be investigated and addressed.”