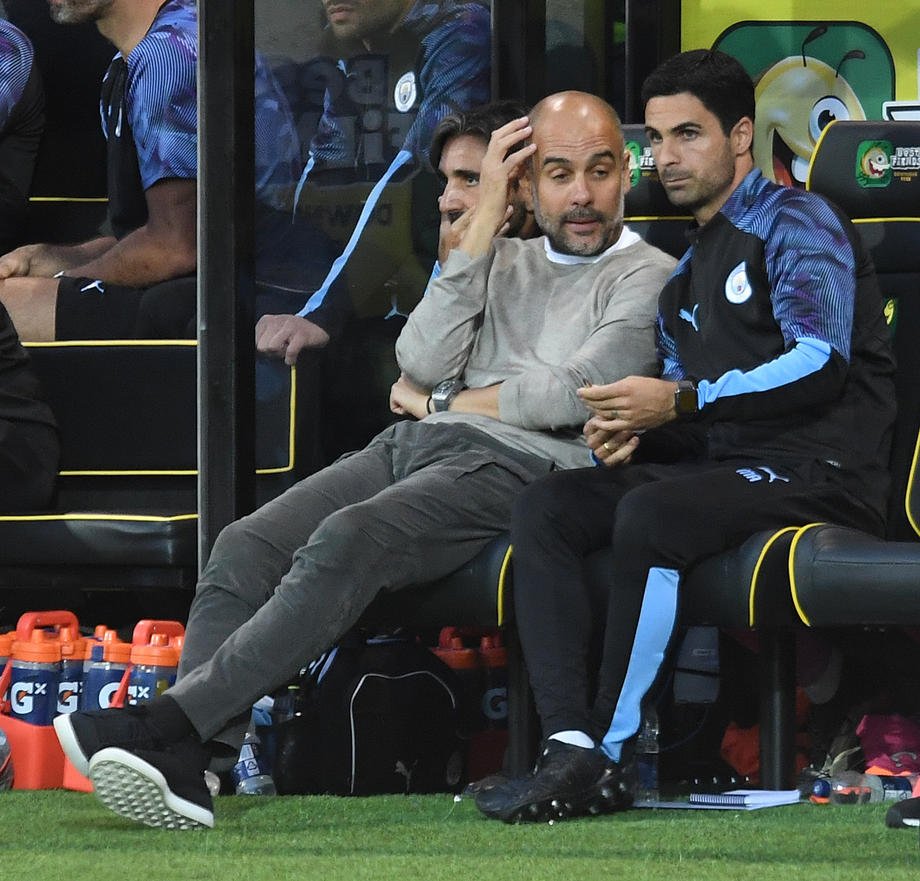 Pep Guardiola has refused to comment on Arsenal’s conduct over the appointment of Mikel Arteta as their new boss.

Arteta’s three-and-a-half-year spell as Guardiola’s assistant came to an end on Friday afternoon when Arsenal announced the 37-year-old as a permanent replacement for Unai Emery.

City, however, were not impressed with the manner of Arsenal’s pursuit of Arteta, the PA news agency understands.

Arsenal managing director Vinai Venkatesham was pictured outside the Spaniard’s house in the early hours of Monday morning, before the Gunners made a formal approach to City, while no-one from the Arsenal hierarchy mentioned their interest in Arteta to any of their City counterparts during last Sunday’s match at the Emirates Stadium.

“I’m not involved with the club behind the scenes, the CEO’s or the people in charge,” Guardiola said ahead of Saturday evening’s home Premier League game against Leicester.

Guardiola said he did not know whether Arsenal had apologised to City for their conduct, nor whether they should.

It has also been reported that Arteta was keen to take City first-team coach Rodolfo Borrell with him to the Emirates Stadium as his assistant.

But Guardiola confirmed former Barcelona coach Borrell has stepped up to fill the vacancy left by Arteta at the Etihad.

“From now on he (Borrell) will stay with me,” Guardiola said. “We haven’t had any approach for him.

“Until the summer we are going to continue in this way, with the people who are here and who we started with three years ago.

“In the summer we will see what we can improve, what we can’t improve.”

Guardiola, who will enter the final year of his contract next summer, reiterated his own desire to remain at City beyond its expiry.

The 48-year-old signed an initial three-year deal when he replaced Manuel Pellegrini in the summer of 2016 and agreed a contract extension in 2018 to keep him at the club until 2021.

“I think in football one-and-a-half years is a lot of time for a manager,” he added.

“We’ll have to see altogether how it works, what is going on. I’ve said many times how incredibly good it is for me here and of course I would like to stay as much as possible.

“So that is my desire, but I want to be sure this is the best for the club, that they want me to stay longer.

“It would be five years at one club and in this competition that is many, many years, so that’s why it’s better to be sure your decision is perfect for both sides.

“There’s no rush. It’s not finishing in three or four months and the club is working perfectly in all departments, so it’s not a problem, honestly.”

Christmas cookbook put to the test