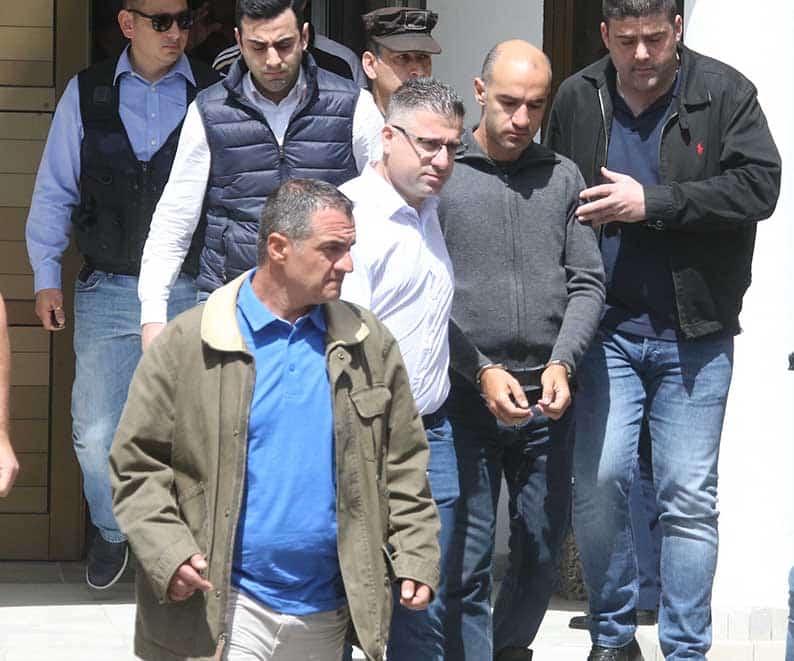 File photo: Nicos Metaxas being led from court during his hearings

THE FINDINGS of the inquiry into the way police handled the disappearances of five women and two children who were discovered earlier this year to be the victims of serial killer Nicos Metaxas has been delivered to the independent police watchdog.

According to media reports the findings attributed responsibilities to 20 police officers, mainly members of the Crime Investigation Department (CID) who had dealt with the reports on the disappearance of the seven victims.

But the head of the Independent Authority for the Investigation and Claims and Complaints against the Police (AAIDIPA), Andreas Paschalides would not confirm this since the 445-page document was only delivered to him on Friday.

“This is a very sensitive case, the findings need to be thoroughly studied,” Paschalides told the Cyprus Mail.

He said it would take him a few days to go through the findings and check whether the suggestions made were well-founded.

Serial killer Metaxas, 35, claimed the lives of five women and two children aged six and eight, daughters of two of the women. Two of his victims – Livia Florentina Bunea, 36, and her eight-year-old daughter Elena Natalia – had been reported as missing since September 2016. The other victims were reported missing between December 2017 and July 2018.

A four-member team of investigators has been tasked with examining potential shortcomings in the way the force handled the missing persons reports, after they were widely criticised for not thoroughly investigating the cases.

Last August, the AAIDIPA that is overseeing the probe granted investigators a three-month extension due to the amount of material that has been accumulated.

According to Paschalides, once he completes his study of the findings, if he agrees with the suggestions made, he will submit it to the AAIDIPA plenum that in turn will send it with their comments to the attorney-general who has the final say.

He added that all the members of the authority were standing by to carry on with the procedure as soon as he submits his comments.

Phileleftheros reported that around 20 police officers of various ranks are found to bear responsibility; these concern first-response officers who were called to examine the disappearance reports for the two children and five women as well as heads of departments and officers who had supervised the investigations or duly examined the files but did not intervene.

In some cases, officers did not even check if the mobile phones of the victims were operating while in one case police took testimonies from those close to the victim three months after the disappearance report was filed, the paper reported.

It was followed by the discovery of a second body in the same shaft and the arrest of army officer Metaxas. It took two more months for the rest of his victims’ bodies to be recovered from Mitsero’s ‘red lake’, a shooting range and another small lake near Xyliatos reservoir.

Justice Minister Ionas Nicolaou resigned over the affair while Police chief Zacharias Chrysostomou is dismissed by the president.

Our View: Archbishop was right to censure bishops siding with Moscow