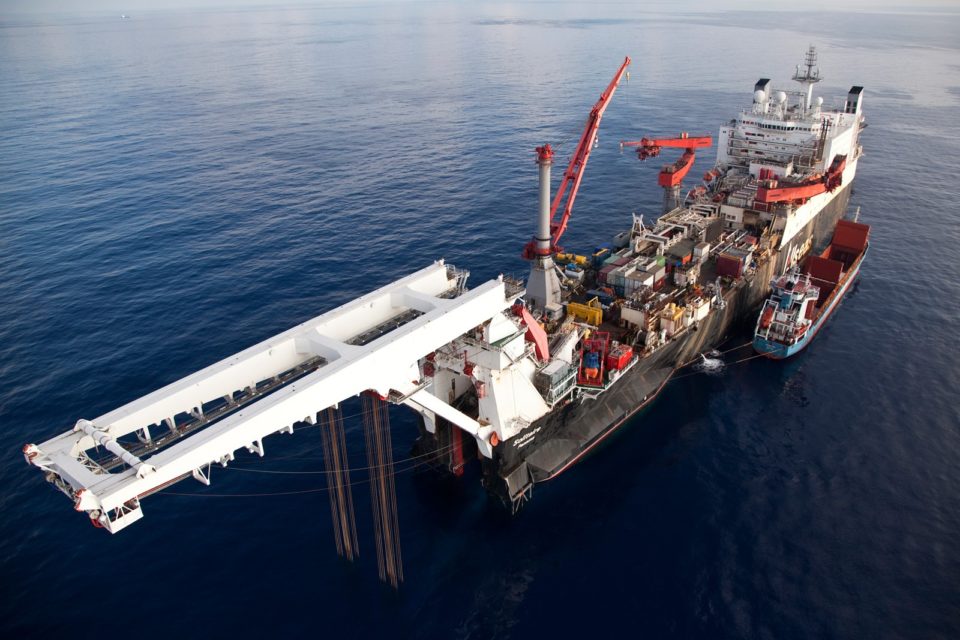 The group behind Nord Stream 2 said on Saturday it aimed to complete a pipeline to boost Russian gas supplies to Europe as soon as possible, after U.S. sanctions prompted a major contractor to suspend pipe-laying activities.

Washington, which has been seeking to sell more of its own liquefied natural gas (LNG) to European states, has said Nord Stream 2 will make Europe too reliant on Russian supplies.

Nord Stream 2 will help Russia bypass Ukraine, the main route for Russian gas. Moscow and Kiev, which have been at loggerheads over Russia‘s annexation of Crimea in 2014, agreed a new transit deal this week after long-running talks.

The Nord Stream 2 pipeline, which will run along the Baltic Sea floor, was expected to start up in the first half of 2020.

“Completing the project is essential for European supply security. We together with the companies supporting the project will work on finishing the pipeline as soon as possible,” Nord Stream 2 said on Saturday. It did not provide details.

The company said it would “proceed, consistent with the legislation’s wind down provision” and said it expected guidance on the regulatory, technical and environmental issues from the U.S. authority.

Russia‘s Foreign Ministry said in a statement on Saturday that Moscow “will continue to implement its economic projects regardless of anyone’s sanctions.”

A senior Russian senator also said the Nord Stream 2 must stick to its schedule.

Russia and Ukraine, embroiled in a political row and legal disputes, agreed their new gas transit deal shortly before the existing pact expires at the end of this year.

Moscow had initially insisted on a short-term agreement to run until Nord Stream 2 came on stream. Ukraine, which earns hefty revenues from gas transit fees, wanted a long-term deal.

Moscow and Kiev said on Saturday the new deal would last at least five years and could be extended for a further 10. They said it would include increased gas transport fees and set out gas volumes to be booked for transit through Ukraine.

Nord Stream 2, which aims to double the Nord Stream route’s existing capacity of 55 billion cubic metres (bcm) of gas a year, is owned by Gazprom, which is financing half of the project worth about 9.5 billion euros ($10.5 billion).

Christmas cookbook put to the test