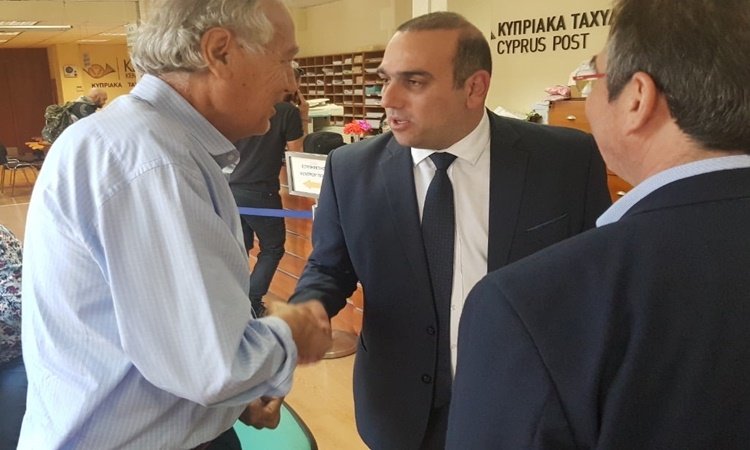 CYPRUS residents are experiencing severe delays in parcels arriving in time for Christmas, the postal service has said.

This is mainly due to the increase of e-commerce, as online orders are booming.

“The country has seen a steady increase in the number of parcels received throughout the entire year,” Cyprus Post deputy director Pavlos Pavlides told the Cyprus Mail.

“However, it’s during Christmas that we experience the most stressful of times.”

With postal services all around the world acting as modern-day Santa Claus, customers would have been well advised to order their gifts well in advance to avoid disappointments under the tree.

However, not everyone thinks ahead and, as a result, the post often gets much of the blame.

“People nowadays prefer to buy online,” Pavlides said. “It’s understandable, no one wants to queue for hour in a shop.”

However, this trend has a drawback, which is mainly reserved for postal workers, who are regularly slammed for their tardiness.

“Our employees are comprehensibly more stressed during the Christmas period, which for us lasts from mid-November until mid-January,” he added.

Pavlides also said another reason for the delays is the erratic number of flights delivering goods to Cyprus.

“The lack of capacity on incoming flights delivering parcels to the island is a real issue.

“We have some very busy days with up to a thousand parcels to deliver all over Cyprus, while during other days the workload is minimal.

“This creates an operational issue. Since we are not receiving parcels according to a regular schedule, we cannot deliver them smoothly. That results in items accumulating and, of course, in delays in the deliveries.”

Pavlides confirmed that postal workers are required to work overtime during the Christmas period, in order to handle the additional workload and try to deliver parcels as fast and as efficiently as they can.

He also said there has been a slight increase in the number of parcels sent abroad from Cyprus, albeit not a significant one.

“Cypriots are not great senders, we are mainly an import hub, that’s where we saw the biggest increase this year, and especially this Christmas.”

The country that delivers the most parcels to Cyprus is, quite unsurprisingly, China, which has created an even bigger gap compared to other countries since the rise of e-commerce.

“However, during this time of the year, we always see a spike in the number of parcels arriving from the UK, as people either order items that arrive exclusively from there or receive gifts from their families, and there are many over there!”