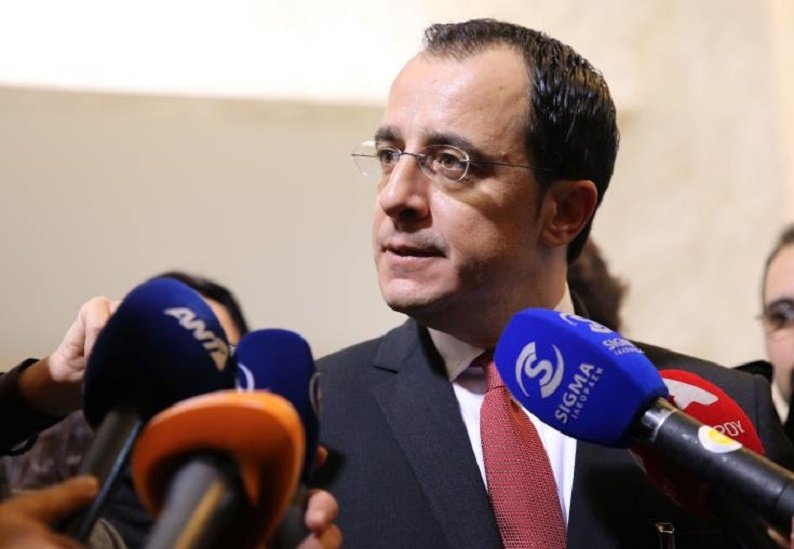 Nicos Christodoulides: 'To us it has more importance politically and diplomatically' (CNA)

The US decision to lift a long-standing arms embargo on Cyprus is of political and diplomatic importance but the Republic has no intention of procuring American arms, Foreign Minister Nicos Christodoulides said on Saturday.

Speaking at the foreign ministry a day after US President Donald Trump signed a bill lifting the embargo, Christodoulides said the ban had not reflected the relations between the two countries.

Among the bills signed by Trump on Friday was the Eastern Mediterranean Security and Energy Partnership Act, which included the provisions for lifting the arms embargo.

Christodoulides said the US act sent important messages as to how the US approached the eastern Mediterranean and the tripartite cooperation between Cyprus, Greece, and Israel, as well as bilateral relations.

Christodoulides said more developments should be expected in the near future, relating to daily life and not politics.

The foreign minister said talks between the two countries for Cyprus passports to be included in a visa waiver programme and to update a double taxation treaty will intensify.

“To us it has more importance politically and diplomatically,” the minister said of the decision.

He added that there is no “intention or decision on behalf of the Republic of Cyprus” to procure arms from the USA.

It does provide an opportunity though to National Guard officers to participate in joint exercises with US forces or receive training in military schools in the country, he said.

Asked about the timing of the act, which also includes the exclusion of Turkey from acquiring the US-made F-35 fighter aircraft, Christodoulides said it was a congressional approach that was adopted by the American government.

“Relations between the USA and Turkey may not be at their best, (but) probably in one or two years or sooner these relations may return to normality,” he said.

Christodoulides said the Republic’s foreign policy was not based on the relations between Turkey and other states.

“This was a past approach that does not reflect our political approach.”

Previous US policy spelled out a denial for exports, re-exports, and transfers of defence articles listed on the United States Munitions List.

Whereas the embargo shall remain in place, the act gives the US president the leeway to make an exception by certifying that Cyprus is satisfying Washington’s criteria on money laundering regulations as well as thwarting Russian influence in the eastern Mediterranean.

Unless the US president cites an exception on national security grounds, the act calls on Congress to confirm with the White House that the Cypriot government continues to cooperate with the US in implementing anti-money laundering reforms and financial regulatory oversight.

The act also requires that the island continue to take steps to deny Russian military vessels access to ports for refuelling and servicing.

On money laundering, Christodoulides said Cyprus was an EU member and it was continuously undergoing checks with positive results.

Of Russia, he said the island had always granted facilities for humanitarian operations and would continue to do this.

“We have not refused any country; on the contrary, we promote and utilise the role the Republic of Cyprus can play in operations of a humanitarian nature.”

But back in late June, President Nicos Anastasiades had expressed surprise at a last-minute amendment to the US Senate Foreign Relations Committee bill requiring Cyprus to deny docking facilities to the Russian navy.

At the time Anastasiades said he was “saddened” by the amendment which “affects the independence and sovereignty of the Republic of Cyprus to a large extent”.

A minute with Lefki Savvidou aka Le Boob

Everton held by Arsenal as new boss Ancelotti watches on