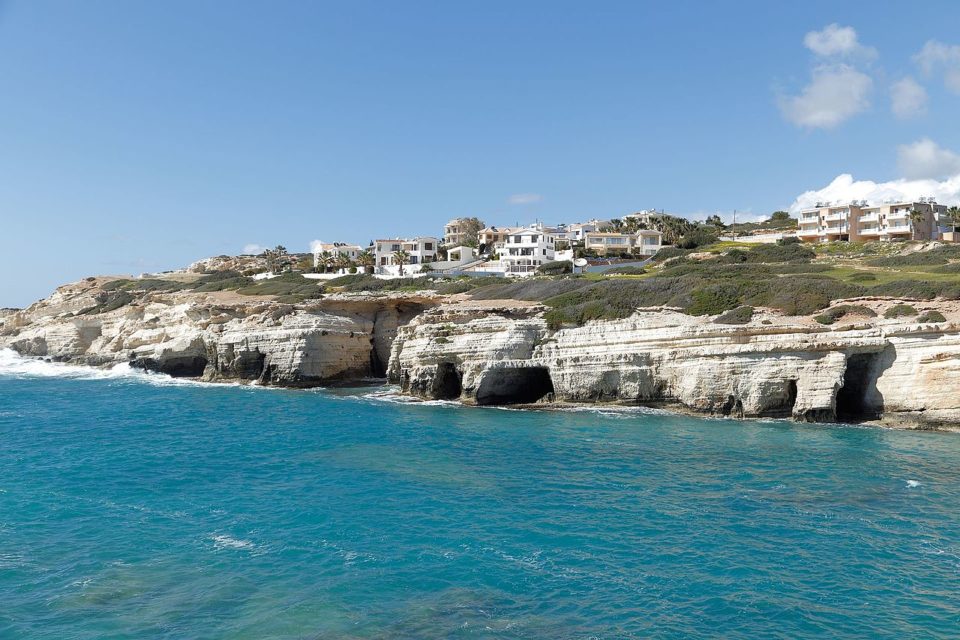 After years of uncontrolled development, Peyia is to have a detailed town master plan for the first time and the mayor is insisting on public consultations as he ushers in a ‘new era of transparency’ for the town.

“Previously we have had extensions and corrections to building zones in the area but nothing like this. There is currently no ‘design’ to Peyia and this should have happened 15 years ago,” said Marinos Lambrou, mayor of Peyia, told the Sunday Mail this week.

The first public consultation on the new local plan took place on December 13, where Lambrou stressed that it is a priority for the council. The meeting was held in Greek but as over 50 per cent of Peyia residents are non-Greek speakers, another will be organised in the near future in English.

The first part of the study was presented at the consultation, with input from town planning and other officials.

“Up to now, Peyia has been ruined, there are apartments and buildings wherever, and high density, we want to avoid that in future,” Lambrou said.

The mayor added that a technical office from Greece, that are specialist consultants and experienced in devising town plans, will advise the committee to ensure that the new plan, “is designed the best we can”.

The study will take around 14 months to complete and a new design for the area will be created, not only for the tourist and trading areas but also for roads and a bio-tech area, he said.

“We will work with the infrastructure that we have such as main roads and also with the Akamas, we need to combine these things together.”

As far as the developers are concerned, the master plan will give direction as to where to build and how to develop, he said.

Linda Leblanc, a Peyia councillor representing the coalition of independents, welcomed the move and lauded the mayor’s approach to the new plan and the recent public consultation, noting that this signals an end to backroom deals and closed doors for the public.

“This was the fifth public consultation held in Peyia in recent years, something that never happened before the current mayor’s term. For the first time everything is out in the open and transparent,” she said.

The new era of transparency in Peyia is a challenge to the way things have been done in the past, and those with vested interests don’t like the new approach, she added.

“We need to ask what are the needs of the community for the future and what sort of growth is needed. I think we should stop building and protect what we’ve got left,” said Leblanc.

The first phase of the study has been completed and consists of 37 pages that identify the strengths, weaknesses, opportunities and threats (SWOT).

Strategic planning and urban development using SWOT enable leaders to evaluate the status of departments and the area as a whole through the use of specific analyses. These evaluations allow department heads, mayors, city council members and city planners to develop strategic plans to improve individual departments or the entire area by helping highlight what can be done to improve and what should be left as it is.

After around two years of studies in total, then recommendations for zoning will be made, said Leblanc.

“There are already concerns overs calls for rezoning along the sea caves coast, from coral bay to kafizi. We (the coalition) hope that EU directives on Natura 2000 sites will not be violated again, and hope these sort of actions will be reined in.”

She also questioned if Peyia really needs or can handle any more tourists, as she believes the area has reached its limit.

“The issue of growth should take into account what all of the residents want and not just the landowners. Within the new framework, the coalition will be bringing up these issues,” she said.

The mayor said that the new plan for Peyia will be designed in the ‘best way possible’, with residential, schools and sports areas. “There is no more space in the tourist area,” he added.

“I want everything to be transparent, this is the way I work. Other people may disagree. We will hold as many public consultations as is needed. This way everyone knows what is going on and nothing is hidden,” said Lambrou.

Important infrastructure is still lacking in Peyia, Leblanc pointed out, such a central sewerage, adequate roads and a hospital.

The mayor agreed that a new state medical centre in Peyia is urgently needed and will be included as part of the new master plan.

The deadline for initial lodging of opinions is February 7, 2020.Anyone interested may submit written opinions or suggestions regarding the preparation of a local plan to the town council, for the entire administrative area of the municipality of Peyia.

“Peyia’s new approach to transparency can become a good example for other communities,” said Leblanc.

We should have noticed the signs of Erdogan’s empire building

Tales from the Coffeeshop: Israel is proving to be a fickle ally