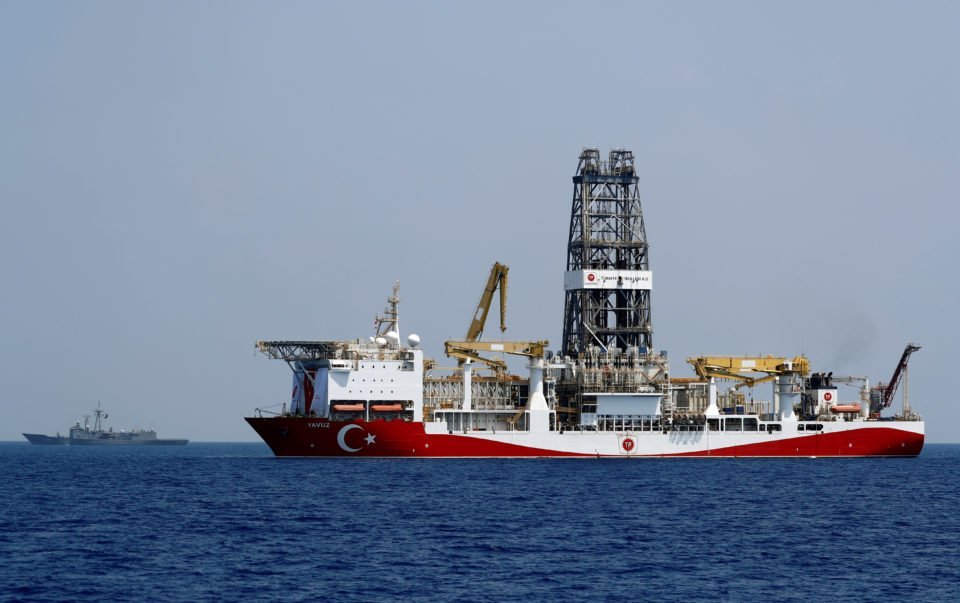 It is now common knowledge that Turkey is actively manifesting unprecedented aggression not only against Greece and Cyprus, but also against other countries in the Eastern Mediterranean such as Egypt, Israel and Lebanon. At the same time, it is displaying an outrageous disregard and disrespect for the international legal order.

Under these circumstances, it is natural to wonder how the international community will address this situation in the first place, since there is a potential threat to international peace and also the EU because Turkey’s actions are taking place within its wider territory. Acting in a responsible way, the governments of Cyprus and Greece have appealed to European and international bodies such as the EU and the UN seeking to condemn Turkey for violating the international legal order.

At the same time, the governments of these countries are progressively upgrading their military power to counter the escalation of the crisis and also prevent a deterioration of the situation which will potentially result in tragic consequences for the people of the region.

We hope and believe that all the above measures will be effective and that they will lead to a gradual de-escalation of the crisis. They could, however, be complemented by parallel actions by countries directly affected by Turkey’s arbitrary actions through peace initiatives that could help diffuse the situation.

Cyprus and Greece are known to be participating in regional cooperation with Egypt, Israel and other countries in the area such as Jordan. Despite repeated statements by officials of these countries that such cooperation is not directed against Turkey, Turkey perceives and views such cooperation as a threat against it. According to a recent statement by a Turkish minister, countries in the region are aiming to isolate and exclude Turkey from the energy developments in the Eastern Mediterranean.

Could the countries involved in regional cooperation – namely Lebanon, Israel, Jordan, Egypt, Greece and Cyprus – or any one of them jointly and collectively invite Turkey to sign a referral to the International Court of Justice (ICJ) at The Hague for the delimitation of their EEZ and normalisation of their relationships? I believe that the significance of such a collective initiative would make a difference, as opposed to a unilateral invitation from Cyprus to Turkey for delimitating the EEZ, to which Turkey responds that it does not recognise the Republic of Cyprus. In so doing, these countries would collectively prove their commitment to the international legal order and their readiness to accept the International Court of Justice ruling with whatever that entails.

The first question that needs to be answered to establish whether such an initiative on the part Cyprus would have any success is whether the countries in the region – Lebanon, Israel, Egypt, and Greece – would have any reasons to accept such an initiative or whether they would be unwilling to do so. The above countries have vital interests that dictate the need to help stabilise the Eastern Mediterranean. Without such stability, neither Israel, nor Egypt, nor Greece will be able to exploit the natural gas fields discovered in their EEZs, simply because they would not be able to export their gas to European and international markets if the dangerous volatility continues.

The proposition is, therefore, that the above countries jointly propose to Turkey the signing of a special agreement to refer the matter to the ICJ for arbitration with a request that the court determines, under international law, the EEZ limits of the countries bordering the Eastern Mediterranean. It is well known that Turkey invokes international law, in particular when it violates Cyprus’ EEZ, or delimits its own EEZ in cooperation with the controversial Libyan government.

Here it is then, a glaring opportunity for Turkey to prove its commitment to the international legal order and its public statements, which Turkey publicly invokes.

People with whom I have shared this proposition raised serious doubts as to whether Turkey would accept such a proposition. I find these reservations to be particularly valid if one takes into account the recent illegal actions of the neighbouring country.

Let us not, however, make any assumptions, including Turkey’s presumed refusal to subscribe to an arbitration agreement. Life has taught us that in this world impossible is nothing.

In any case, the proposal is still interesting because even if Turkey refuses, the countries of the Eastern Mediterranean that have submitted the proposition will have been even more justified in the international community’s conscience that they have done everything possible to lead things to a positive and peaceful development for the peoples of the region and others.

The Cyprus government, and especially the foreign minister, who is rightly claiming credit for the brilliant idea of building regional cooperation in the fragile Eastern Mediterranean, is primarily responsible for examining this issue and taking the initiative.

Let us try to involve our neighbouring country in this peace initiative and cooperation.

Marios Eliades is a lawyer and former transport minister

France’s Macron to give up presidential pension in reform gesture