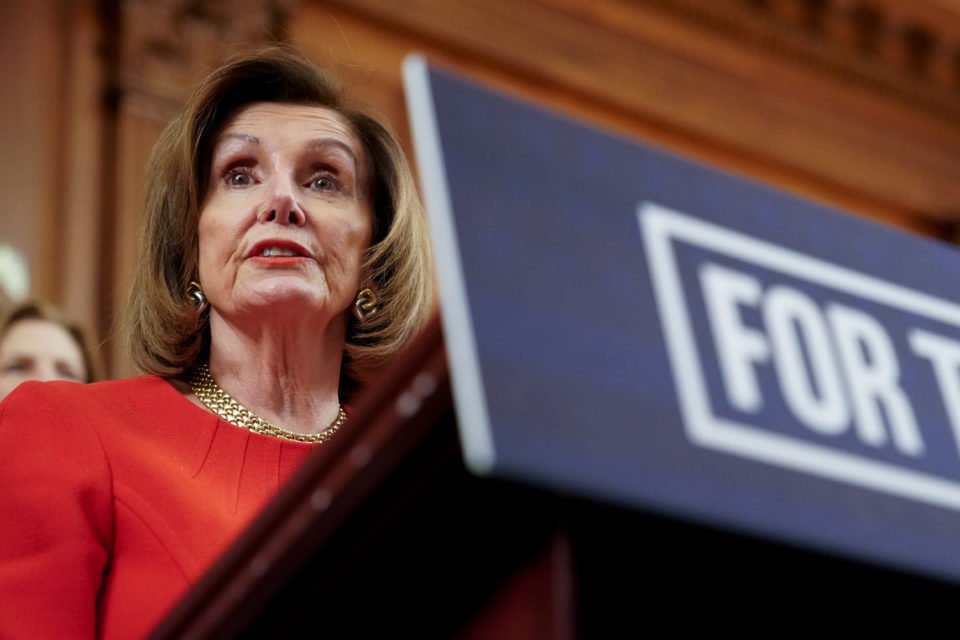 The White House on Sunday signaled comfort with plans by Senate Republicans to avoid new witnesses in President Donald Trump’s impeachment trial, while a top Democrat seized on a newly released email on the withholding of U.S. aid to Ukraine to press his case for testimony.

The Democratic-led House of Representatives approved two impeachment charges against Trump on Wednesday over his pressuring of Ukraine to investigate a political rival. There is little chance he will be convicted and removed from office through a trial in a Senate controlled by fellow Republicans.

Democrats are pushing to call top Trump aides to testify, but Senate Majority Leader Mitch McConnell wants the Senate to consider the case without hearing from new witnesses.

The Senate’s top Democrat, Chuck Schumer, told reporters in New York that an email made public on Saturday about military assistance to Kiev underscored the need for witnesses.

The email, obtained by the Center for Public Integrity through a court order in a Freedom of Information Act case, showed senior White House budget official Michael Duffey directing the Pentagon to withhold the aid just 91 minutes after Trump concluded a July 25 phone call with Ukrainian President Volodymyr Zelenskiy.

In testimony to Congress last month, however, U.S. Ambassador to the European Union Gordon Sondland said he was first informed on July 18 that the White House was withholding security aid to Ukraine. “I was never able to obtain a clear answer regarding the specific reason for the hold,” he added.

The aid and the Trump-Zelenskiy call are at the heart of the impeachment case put together by Democrats, and Duffey is one of the four witnesses Schumer has proposed calling.

“If there was ever an argument that we need Mr. Duffey to come and testify, this is that information,” Schumer said.

While Trump had indicated an interest in calling separate witnesses in his defense, he has also said he would go along with whatever decision McConnell and other Senate Republican leaders make.

In remarks on Sunday talk shows, Marc Short, chief of staff to Vice President Mike Pence, indicated the White House was on board with McConnell’s goal of a speedy trial.

“The American people are tired of this sham,” Short said on NBC’s “Meet the Press.”

“To the extent that there’s a prolonged trial, we’re not anxious about that,” he said. “Our administration is anxious to get back to working for the American people … We’ve had a lot of witnesses already.”

Lawmakers left Washington for a holiday break on Friday at loggerheads over how to proceed.

To ramp up pressure on McConnell to permit new testimony, House Speaker Nancy Pelosi – the top Democrat in Congress – has postponed sending the impeachment charges to the Senate.

Republicans have suggested Democrats want witnesses because the case they have assembled is so weak, while Democrats portray Republicans as scared about what new testimony might reveal.

“If her case is so air tight … why does she need more witnesses?” Short said on “Fox News Sunday.”

Trump is only the third U.S. president to be impeached. The others were Andrew Johnson in 1868 and Bill Clinton in 1998. Richard Nixon resigned in 1974 as he faced the threat of impeachment.

The House charged Trump with abusing his power by holding back $391 million in security aid to Ukraine in an effort to get Kiev to announce a corruption investigation of former Vice President Joe Biden, a leading candidate for the Democratic nomination to face Trump in the November 2020 election.

Trump was also charged with obstructing Congress by directing administration officials and agencies not to cooperate with the impeachment inquiry. He says he did nothing wrong and has dismissed his impeachment as a partisan bid to undo his 2016 election win.

“The American people and the United States Senate deserve to have a full, fair and complete trial and that means witnesses, it means documents,” Democratic Senator Doug Jones told ABC’s “This Week.”

Republicans hold a 53-47 majority in the Senate, and Democrats are hoping a few moderate Republicans will support their bid for further testimony and force McConnell’s hand.

“The leverage is our hope that four Republican senators will stand up … and say this is much bigger than our current political squabbles,” Dick Durbin, the No. 2 Democrat in the Senate, told CNN’s “State of the Union.”

“If four Republican senators step up, it can make a big difference,” he said.