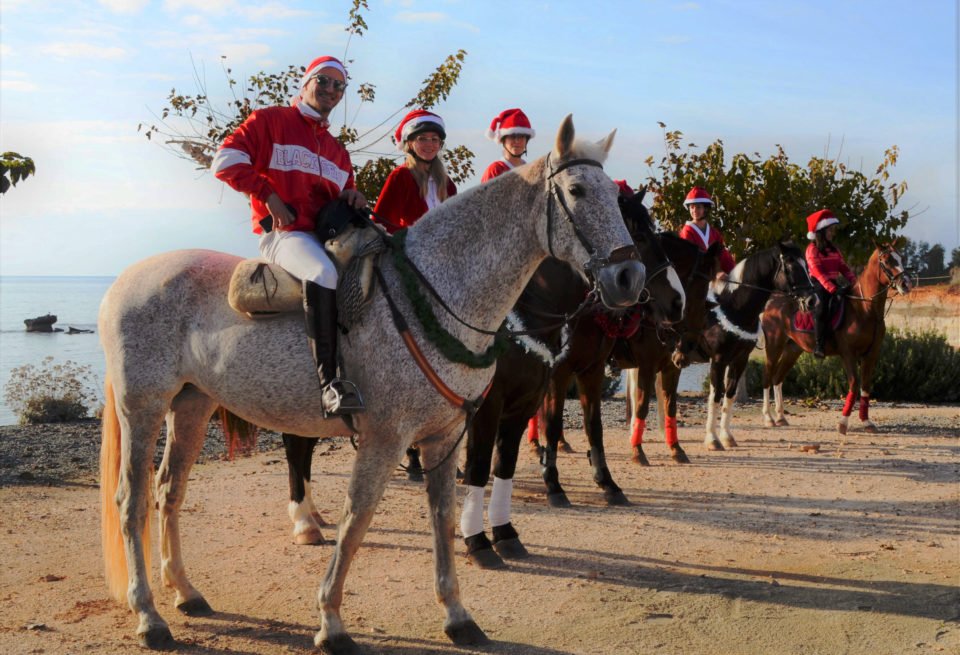 A charity carol concert with a difference delighted crowds in Paphos on Sunday when riders from George’s Ranch Equestrian Centre sang their hearts out on horseback.

Having hacked to the Cap St George Beach Club Resort in Peyia, the riders performed a collection of songs for onlookers who were also treated to hot mulled wine, finger food and Father Christmas.

The festive fun was organised by Ranch instructor Karen Rhodes and the riders not only stayed in the saddle throughout, but raised more than €270 for children in Paphos. The children will also be offered a free horse ride later in the year.

Ranch owner Caroline Scambler said: “We have been looking at a number of ways to give back to the Paphos community and after speaking to the guys at Cap St George we both decided we would like to do something special for the region’s vulnerable children this Christmas.

“So, the Ranch laid on the carol singers and the resort’s management supplied the food, the drinks and a surprise visit from Santa.”