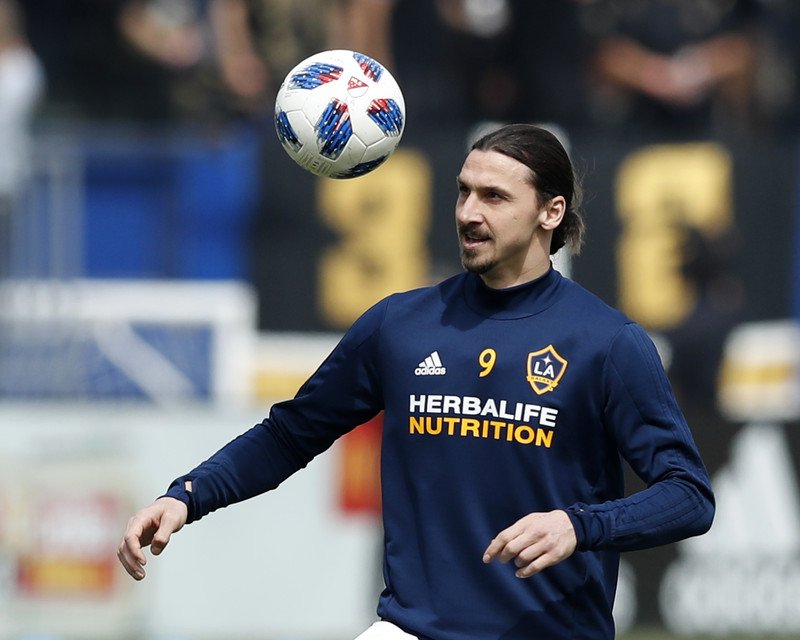 Zlatan Ibrahimovic prior to a Los Angeles Galaxy game.

Former Sweden and Manchester United striker Zlatan Ibrahimovic is in talks to return to AC Milan.

It is understood there are other clubs interested in the 38-year-old, a free agent after leaving LA Galaxy at the end of the Major League Soccer season.

However, confidence is growing in Italy that the striker will rejoin Milan, where he spent two seasons from 2010, scoring 42 goals in 61 league outings.

Milan are without a major trophy since their 18th Italian title in 2011.

The seven-time European champions are enduring a miserable season, sitting 11th in Serie A, with 21 points from 17 games.

They sacked coach Marco Giampaolo in October but results have not improved under his replacement Stefano Pioli and they lost their last match 5-0 at Atlanta on 22 December, their biggest defeat for 21 years.