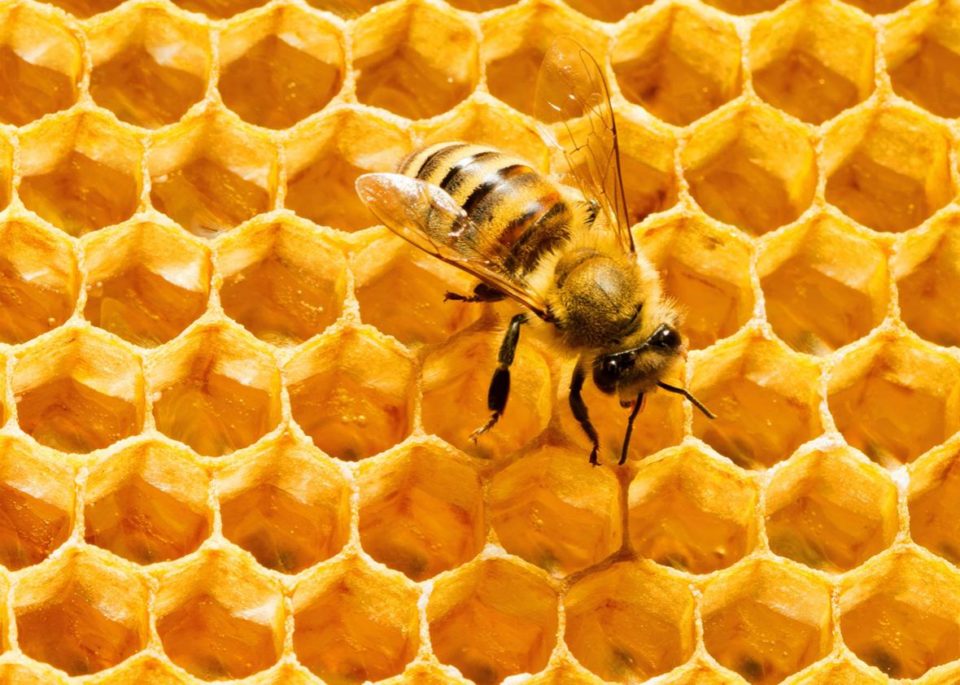 What do bees and bats have in common, and why does the subject deserve to be what is the most important story I would like to share with you this year?

Though both are extremely useful for human beings, their reputation does not live up to the facts.

The reputation of bees is varied: yes, there’s honey, but then there is also the vicious sting. Bats, meanwhile, are pretty much beyond the pale, often associated with drinking blood and carrying some horrid diseases.

Visiting places is the best way to get a feel for many topics, which is why I visited what is to be the Achna bee park next year – a place which might finally drum home why we need the world’s pollinators for human beings to survive long term.

We should no longer need to be told how crucial bees are to our survival and well-being because they pollinate most fruits, vegetables and crops but there is more to the story.

The humming of bees was my first impression as I arrived at the piece of land earmarked for the project next to the Achna reservoir. There is a good reason for all the buzzing. The average honey bee beats its wings approximately 180 times every second, which causes audible vibrations in the air, only one of the fascinating facts I learnt during my research.

To listen to Antonis Ilia, who owns the land in Achna and had the idea for the park, is to catch his enthusiasm.

“They are fascinating, they feel every vibration, they smell everything,” he said, full of admiration for the species which pollinates 70 per cent of the around 100 crop species that feed 90 per cent of the world’s population.

Coupled with the fact that a honey bee visits 50 to 100 flowers during a collection trip, it becomes clear why the average bee will make only 1/12th of a teaspoon of honey in its lifetime.

The bee’s brain is about the size of a sesame seed, yet it has a remarkable capacity to learn and remember things. For example, it is able to make complex calculations on distance travelled and foraging efficiency.

Honey bees have been producing honey in the same way for 150 million years, and honey lasts an incredibly long time. An explorer who found a 2000-year-old jar of honey in an Egyptian tomb said it tasted delicious!

An exhibition in the park will reveal more about different aspects of the bees’ lives, such as the six things they produce. Some of these are obvious like honey, venom and wax. Others may be less so: royal jelly, pollen and last but not least propolis, a resinous mixture honey bees produced by mixing saliva and beeswax with the sap of trees, which helps to heal wounds and fight bacteria.

Having written about the bees, I was curious what I would find out about another misunderstood species – bats.

In this case it was not a matter of going to visit a place, as the fact that they stay in dark caves make studying the species difficult, and ignorance due to their inaccessibility is a decisive reason why people fear and dislike them.

But I knew just the person to ask, Haris Nicolaou, an enthusiastic expert on indigenous flora and fauna, who is a scientific advisor for the agriculture ministry.

In truth, he said, bats are very useful for the environment. One bat can eat 3,000 insects in one night. This is obviously a great means of combatting mosquitoes and also good for agriculture, as crops are often attacked by various insects.

Contrary to common perceptions, bats are not dangerous to humans. In fact, they have a natural fear of humans and prefer to stay away from them.

The widespread idea that they can get caught in our hair because they are blind is untenable, since bats have eyes and can see very well with them, and with sound tracking they can avoid even the slightest obstacles.

They don’t carry infectious diseases, don’t damage property and without bats, say goodbye to bananas, avocados and mangoes. Over 300 species of fruit depend on bats for pollination. Bats help spread seeds for nuts, figs and cacao — the main ingredient in chocolate.

About 80 medicines come from plants that rely on bats for their survival.

And while they are not blind, studying how bats use echolocation has helped scientists develop navigational aids for the blind. Research on bats has also led to advances in vaccines.

Time to rethink the bee and bat story.

Put away phones at mealtimes and talk to each other, says pope