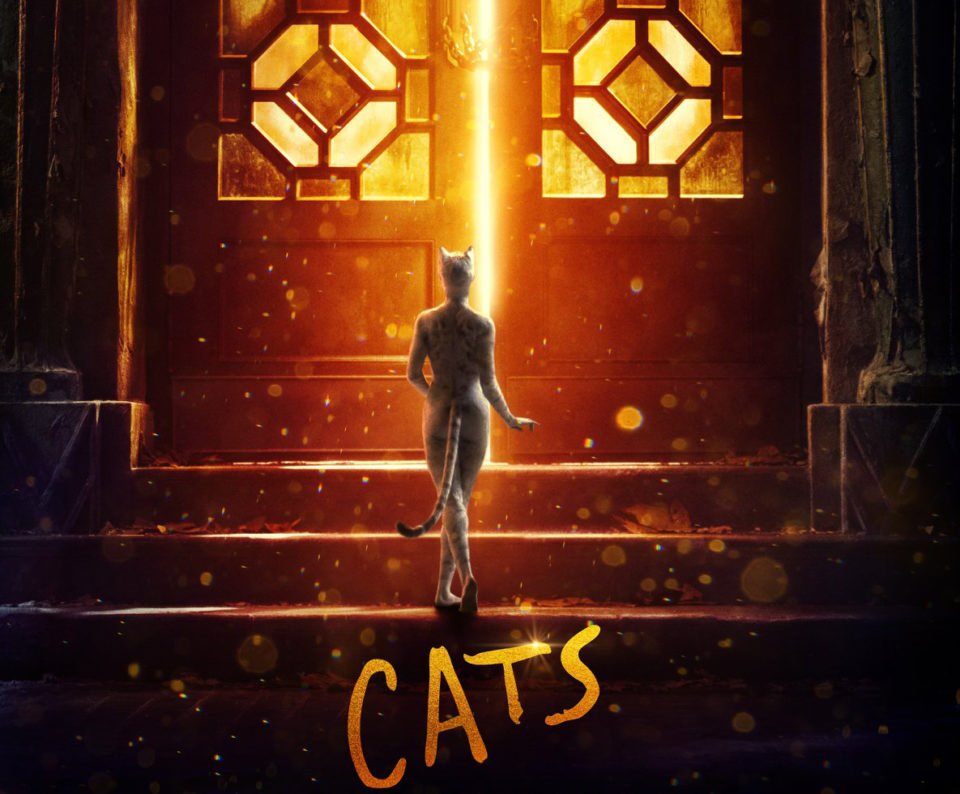 It’s been a good (i.e. bad) year for feline-themed family films sabotaged by being over-literal. First we had The Lion King, with cartoon emotions overlaid on the faces of actual, slightly puzzled-looking lions – and now we have Cats, with Rebel Wilson actually scratching her nether regions and octogenarian Ian McKellen actually licking a saucer with little cat-like flicks of his tongue, and the camera moving in for close-ups of creepy-looking half-cat-half-people. It’s quite something.

The film is an atrocity, but is it a failure? Maybe not. The people who made it (led by co-writer and director Tom Hooper, who also made the film version of Les Miserables some years ago) seem to have made exactly the film they set out to make; it was just a very bad idea. I’ve never seen the stage version of Cats, but I can imagine how it might’ve worked purely as spectacle, viewed from the back row of the stalls. The film doesn’t really change the staging – except (again) in being more literal, so the houses and train carriages are actual houses and train carriages, and in doing the most obvious thing a film can do: move closer.
Close-ups worked for Hooper in Les Mis; Anne Hathaway’s Oscar was awarded mostly for one scene, her forlorn rendition of ‘I Dreamed a Dream’, sung entirely in close-up. Yes, but Ms Hathaway didn’t have to sing through distracting (and, again, rather creepy-looking) makeup. Only one cast member does well here, newcomer Francesca Hayward as Victoria, the young initiate in the world of ‘Jellicle cats’ – but Hayward (a) doesn’t sing very much, and (b) only has to offer one expression, a shiny-eyed wonderment, which she does beautifully. In most other cases, going closer only leads to overacting (see e.g. Jennifer Hudson’s too-busy version of ‘Memory’) probably because the performers are instinctively pushing against the impediment of their face being covered in digital goop.
There’s another reason why the emotions don’t really land, the same reason why Cats had long been considered unfilmable: the film – like the stage musical and indeed its original source, TS Eliot’s Old Possum’s Book of Practical Cats – has no plot, being basically an extended talent show. One cat will ascend to the ‘Heaviside Layer’ so each cat in turn sings a song introducing itself and talking about its accomplishments, the proceedings judged by Judi Dench as Old Deuteronomy (also in the mix is villainous Macavity, played by Idris Elba, who’s abducting the other contestants to leave a clear field for himself). There’s no exposition, and very little dialogue (the film is an opera). Emotional stakes are low, since we don’t really know the cats outside of their songs. Our only identification figure is Victoria, who doesn’t do much except gaze in wonderment. It’s very, very hard to get invested in any of this.
Cats could only ever work as spectacle. That’s not fatal in itself; many musicals work primarily as spectacle (one of the greatest, An American in Paris, climaxes with a 17-minute ballet that’s nothing but colour and movement). Hooper, however, isn’t much of a visual stylist. The images are murky, incoherent, often ugly. Even the good bits, like the rousing ‘Mr. Mistoffelees’, are ruined by overkill, that particular song ending on a tacky, cluttered wide-shot with giant trombones and red roses hanging in the air. Contrast the clean visual lines of a great modern musical like La La Land – the images designed to guide the viewer’s eye to one thing at a time – and the clumsy jumble of Cats, with dancers flying past in all directions, too-quick editing compromising any sense of space, and a frankly depressing look (though I guess that’s a matter of opinion) with hot colours and heavy shadows.
I suspect Hooper and Co. underestimated the degree of difficulty here (maybe because Cats the show is such a big brand name); the film feels inadequate, like someone going on an Arctic expedition with nothing more than boundless confidence and a flask of hot tea. Some of the choices are so weird in this movie. Did anyone think a line of dancing cockroaches (!) would be perceived as charming? Does an extended shot of cats feasting on garbage really say ‘fun for the whole family’? And why is Idris Elba naked – and not in a feline way – for most of the final act? Cats needed visual imagination and good taste, instead it got tacky and tasteless. It needed a poet (TS Eliot too, lest we forget, was a poet), instead it got the most prosaic filmmaking since… well, The Lion King. Will it also make $1.6 billion worldwide, like that film? Don’t hold your breath.

Xhaka is committed and I want him to stay at Arsenal, says Arteta