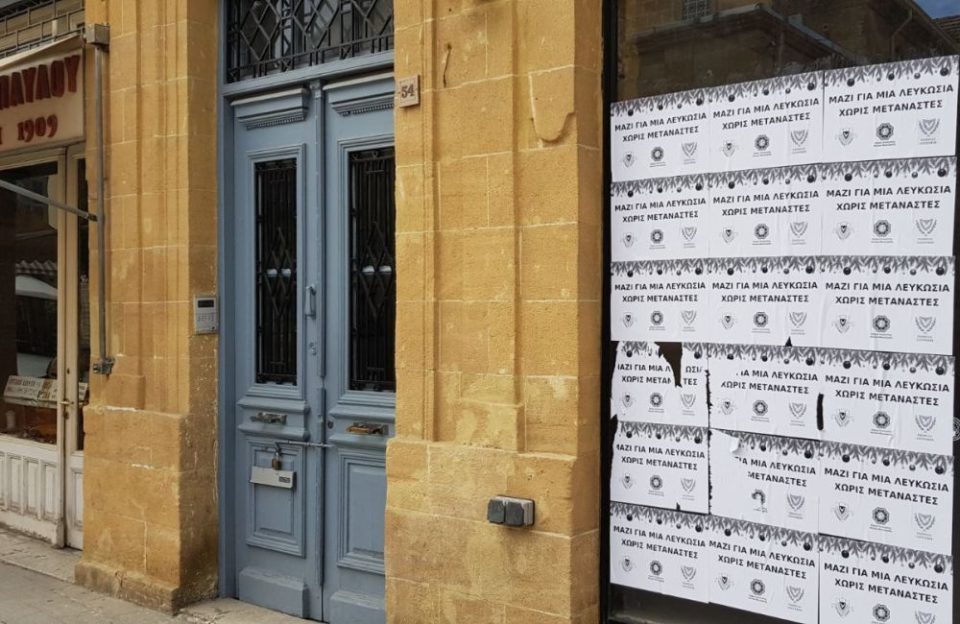 The flyers were pasted all over Nicosia's old city

Authorities on Monday removed flyers criticising the government decision to introduce armed patrols in the old part of Nicosia.

The flyers, plastered all over the old part of Nicosia, said sarcastically: “Together for a Nicosia without migrants” and underneath were the logos of the police, the Nicosia municipality and the interior ministry.

Another one was depicting armed men in uniform with the headline: “Nicosia’s new face” and underneath said: “Who is going to clear out these flows?” meaning the armed police and military patrols.

A Nicosia municipality official said on Monday neither they or the police and the interior ministry had anything to do with the flyers.

The official said the flyers have been removed, adding that the municipality is not against migrants and pointed out that it is running programmes for the integration of third-county nationals.

The posters follow reactions to the announcement earlier in the month that the government was stepping up measures to fight crime, illegal immigration and terrorism by increasing police and army patrols in the old town of Nicosia.

The patrols focus in the area around Ledra and Onasagorou Streets and the Phaneromeni area.

The government is also poised to change aspects of the 2004 Green Line Regulation to address the increased migration flows. These additional measures were deemed necessary by the government to tackle the increased flows of irregular migrants and asylum seekers crossings from the north.

The EU regulation sets out the terms under which persons and goods can cross the Green Line between the two sides.

The government also announced that it is seeking to purchase new surveillance technology to monitor movements along the Green Line.

Reports said the ministry of defence was in contact with four Israeli companies to secure contracts for the technology.