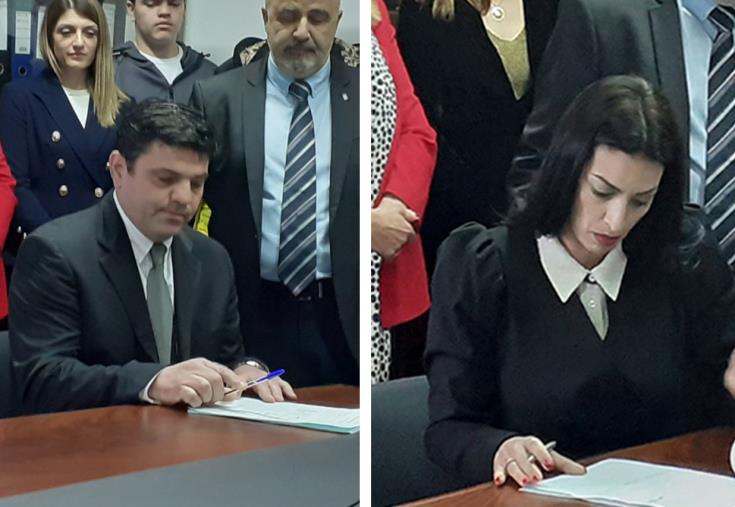 Two candidates submitted their applications to run as mayor for Ayia Napa on Monday, following the appointment of the previous incumbent Yiannis Karousos as transport minister on December 3.

The two candidates are Christos Zanettou and Emilia Evangelos Xydia.

Zannettou visited the offices of Famagusta election commissioner George Chrysafini in Paralimni at 9.30am to apply.

He said he is fully aware of the position and its duties as he has 13 years’ experience working for the municipality, the last three as deputy mayor.

He added his vision is to “make Ayia Napa the top Mediterranean tourist destination, to ensure the well-being of our citizens and the future of our children”.

Talking about the government reform plan regarding merging local municipalities, Zanettou commented it was the decision of the municipal council to assert the autonomy of the Ayia Napa municipality, and if this is not possible the resort will merge with Liopetri.

An hour after he submitted his candidacy Xydia submitted hers, saying that she wants to assure residents that she believes her goals are the same as those of everyone who lives in Ayia Napa.

“I am aware of the difficulties, but I know our ability and willingness to overcome them,” she said, calling on all residents to exercise their right to vote because Ayia Napa is worth voting for and must remain an autonomous municipality.

Election commissioner Chrysafini said by 12.30pm no other candidate had come forward, while the deadline for applications is noon on December 31.

The elections will be held on January 12, and 3,334 voters, 2,687 of whom are Cypriots and 647 community members from other countries, will cast their votes in four polling stations.

The ballot boxes will be open from 7am until 6pm, with a one-hour break at noon.