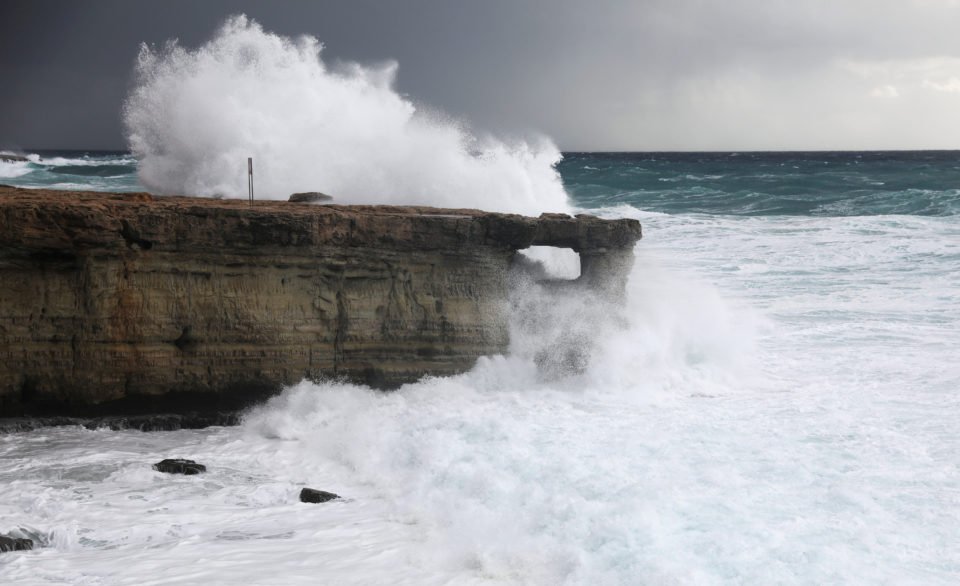 Weather conditions are expected to improve over the next couple of days though localised rain and storms are likely to continue.

The intense weather patterns on Sunday and Monday, however, caused damage to buildings in the Famagusta district and led to road closures mainly in rural areas.

The latest spate of storms was dubbed by the Cyprus Weather Enthusiasts as ‘Kimonas’.

The Famagusta area was the one hit the hardest with a whirlwind passing through the Paralimni high school, uprooting trees and damaging the fence and prefabricated buildings.

According to the head of the high school’s parents’ association, Toula Moustaka, the whirlwind moved some prefabricated buildings by two metres and badly damaged a roof. No pupils were at the school due to the Christmas and New Year holidays.

“Images of biblical destruction,” Moustaka told the Cyprus News Agency. She also stressed the need to solve overpopulation at the school as these prefabricated buildings are used as classrooms, arguing that the pupils’ health and safety was at risk.

In Sotira, the strong winds tore away part of the metal roof of a house of an elderly woman, as well as roof tiles while solar water heater panels were damaged.

There were floods in Frenaros, Aheritou, Achna and Liopetri. No injuries were recorded.

Famagusta district officer, Georgios Chrysafinis, said that there has been serious damage in the district, especially Sotira, where three houses have been affected.

The forestry department announced that several forest dirt roads have either become dangerous or inaccessible due to land and rockslides and urged members of the public to avoid using them.

It also said that the Baths of Aphrodite site is inaccessible due to the overflow of the pool.

Local rains and sporadic snowfall in the higher mountainous areas are expected on Tuesday and Wednesday.

Isolated storms are not ruled out in the afternoon on New Year with the temperature slightly dropping to just under seasonal average.

According to the meteorology department, between the beginning of the month until Monday, rainfall reached 176 per cent of the average December.

Between October 1 and the morning of December 30, the average rainfall amounted to 265.5 mm, representing 139 per cent of the normal amount of rainfall for the period.

In the meantime, the interior ministry announced that following consultations with the district administrations, a decision has been made to improve the action plan for preventing and tackling the effects of extreme weather.