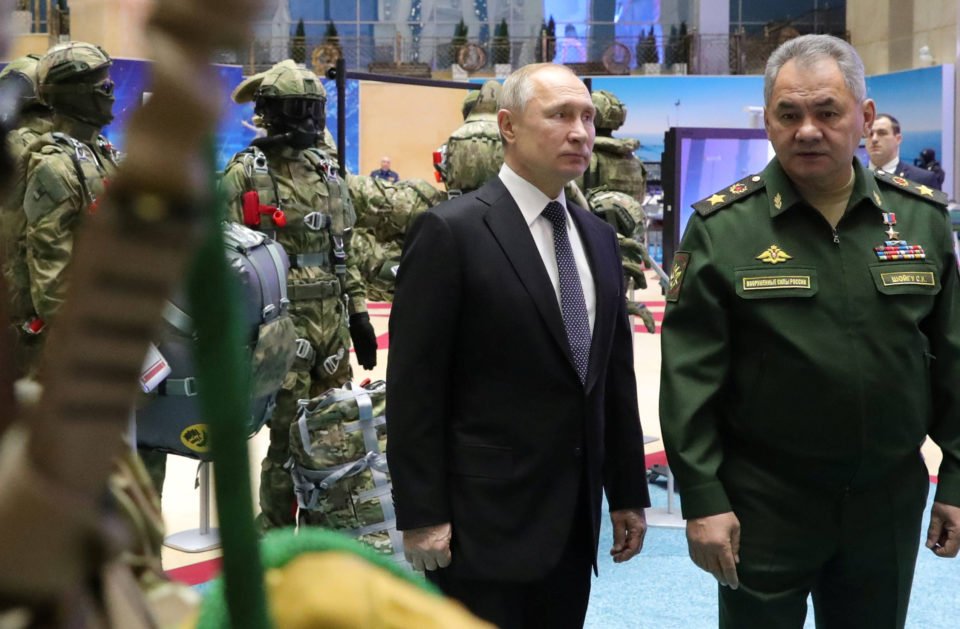 Hypersonic missiles are not a terrifying new weapon. They are just another cog in the terrifying but remarkably stable strategy called nuclear deterrence.

The new Russian missile can deliver nuclear weapons, of course, and the Russians are very proud of it. As President Vladimir Putin said, “Not a single (other) country possesses hypersonic weapons, let alone continental-range hypersonic weapons.” They’ll all be green with envy.

A hypersonic missile’s warheads launch on a rocket, just like the traditional Inter-Continental Ballistic Missiles (ICBMs). However, instead of going very high and travelling most of the distance through space in a predictable ‘ballistic’ trajectory before plunging back down into the atmosphere and striking their target, the hypersonic missile’s warheads go low early.

The hypersonic missile launches on a ‘depressed’ trajectory, and then a ‘glide vehicle’ detaches from the rocket and skips along the edge of the atmosphere, travelling at up to twenty times the speed of sound. It only comes over the horizon and becomes visible to the enemy’s missile defence radars when it’s much closer to the target.

Even better, it can manoeuvre on the way into its target, which makes it harder to intercept. As Putin proudly said, “The Avangard is invulnerable to intercept by any existing and prospective missile defence.” Indeed, he claimed, everybody else is “playing catch-up with us”.

This would be deeply alarming to Russia’s potential adversaries if all the orthodox, traditional ICBM had suddenly become vulnerable to interception. Then only the Russians would have missiles that could get through the other side’s defences, and so they would rule the world. But in fact there are no effective defences against mass attacks by conventional ICBMs.

The United States has been working on anti-ballistic missile (ABM) systems since Ronald Reagan’s ‘Star Wars’ fantasies of almost four decades ago, and it does have one active ABM site in Alaska. It might be able to stop one or even two incoming ICBMs launched by, let’s say, North Korea. It certainly couldn’t stop the hundreds of ICBMs that Russia would launch in any real nuclear war.

The problem with any kind of anti-missile defence system is that it’s relatively cheap and easy to overwhelm it by sheer numbers. The dumb old ICBMs will still get through any ABM defences if used in quantity, which is how they would certainly be used in any great-power war. Hypersonic missiles are wonderfully fast and clever, but they’re also expensive and quite unnecessary.

So why has Russia spent what is clearly a great deal of money to develop a snazzy but pointless weapon? Because the ‘metal-eaters’ alliance’, the Russian equivalent of the US ‘military-industrial complex’, is still alive and kicking despite the demise of the old Soviet Union. Developing new weapons is what it does, whether they are needed or not.

This provides an entire Russian industry with interesting and well-paid jobs. In return, the industry provides the regime with cool new weapons that make it look powerful and even fearsome to people who don’t understand nuclear deterrence. These cool new weapons don’t actually change the strategic realities, but who cares? Nobody’s really planning to use them anyway.

That is not to say that nuclear weapons are not dangerous. Of course they are, and although nuclear deterrence has kept nuclear war at bay for three-quarters of a century, there is no guarantee that it will work forever. We would be much safer if these weapons were abolished.

But the long strategic stalemate will not be destabilised by some flashy new gadget like hypersonic missiles. As long as no effective defence is available against mass attacks with nuclear-armed missiles, mutual deterrence will persist. The only technological development that could really undermine it is directed-energy weapons.

High-energy lasers and particle-beam weapons would be far more effective than the ground-launched missiles employed in today’s rudimentary ABM systems. They would function at light speed, they would have absolutely flat trajectories (which allows precise targeting), and above all they would be able to switch almost instantaneously from one target to the next.

Maybe one day they will, but until then innovations like hypersonic missiles are just minor new wrinkles in an essentially unchanging strategic scene. Both the Americans and the Chinese have been experimenting with the same hypersonic technologies, but neither is in any rush to deploy them.

Our View: It’s been a bad year for the police