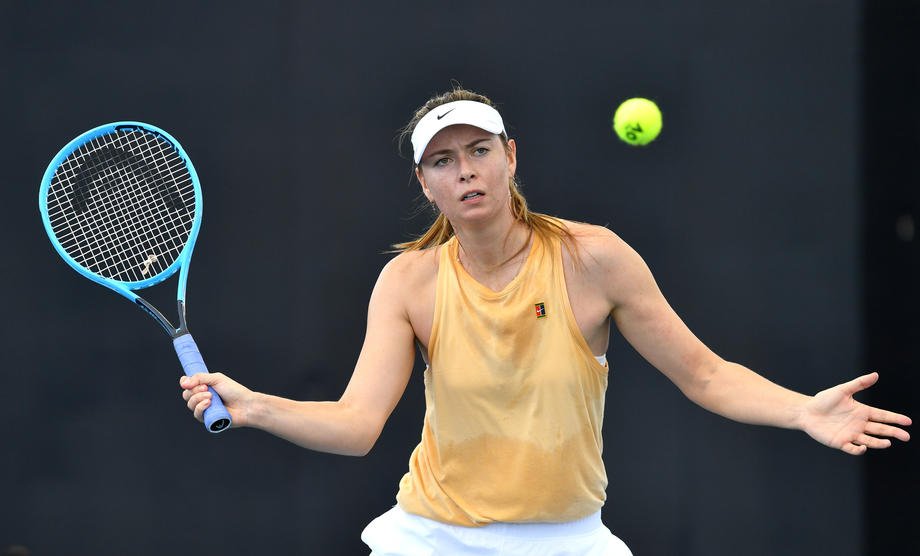 Maria Sharapova of Russia takes part in a practice session at the Queensland Tennis Centre in Brisbane.

Former world number one Maria Sharapova will return to tournament action at the Brisbane International next month after being awarded a wildcard to play in the Australian Open warm-up.

The five-times Grand Slam champion, who last played a competitive match in the first round of the U.S. Open in August, has dropped to 133rd in the world after a season in which injuries restricted her to eight tournaments.

The 32-year-old Russian will join current world number one Ash Barty, Naomi Osaka and Karolina Pliskova in a strong field at the Queensland Tennis Centre from Jan. 6-12.

Sharapova’s lowly ranking means she will also need a wildcard to get directly into the main singles draw for this year’s Australian Open, which begins on Jan. 20.

Sharapova won her third major title at Melbourne Park in 2008 but also tested positive for a banned substance at the tournament in 2016 and served a 15-month suspension from the game.