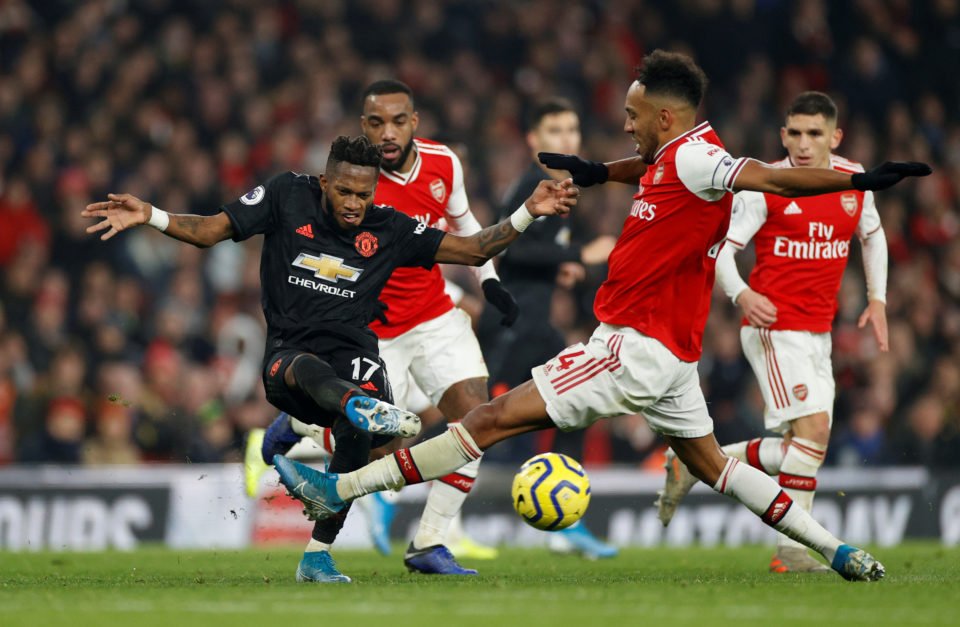 Arsenal earned their first win under new coach Mikel Arteta by comprehensively overpowering a stale Manchester United side 2-0 in the Premier League on Wednesday with goals from Nicolas Pepe and Sokratis.

Club record signing Pepe put Arsenal ahead in the 10th minute of their third game under their former player by lashing into the net after good work down the left flank from Sead Kolasinac. Pepe later hit the post in a dominant first-half display from Arsenal before defender Sokratis deservedly doubled their lead in the 42nd minute by pouncing on some hesitant defending from the visitors following a corner. Arsenal comfortably saw out their advantage to record a first league win in five games which took them up to 10th in the standings on 27 points after 21 games.

Ole Gunnar Solskjaer’s side remain fifth on 31 points after missing out on the chance to close the gap on fourth-placed Chelsea, who drew 1-1 at Brighton & Hove Albion earlier in the day and are five points above United.

“I think it was great. We were great in the first half and showed a maturity in the second,” said Arsenal defender David Luiz.

“Mikel Arteta is a great coach, he was a great player. I think he can improve every player. Our season started very bad but things can change.”

United were searching for a third consecutive win but were out-fought by Arsenal and rarely looked capable of staging a revival, even after Mason Greenwood and Andreas Pereira came on and injected some energy into their attack.

“They played with high intensity, aggression and passed the ball way better than us,” said United defender Harry Maguire.

“The second goal was disappointing, we are conceding far too many from set plays. We need to do the basics. And to lose the second gave us too much to do in the second half. We huffed and puffed but it wasn’t good enough.”

Once considered the Premier League’s showpiece fixture when the clubs routinely battled for the title but, United and Arsenal now find themselves caught up in a topsy-turvy campaign.

United were without Paul Pogba after the France international hurt his ankle and also missed the services of midfielder Scott McTominay.

His replacement, Nemanja Matic, was sluggish in his passing and frequently beaten by Arsenal‘s Lucas Torreira, although Pepe was the home side’s chief creator.

The Gunners also looked far more assured in defence than they have all season and were quick to snuff out United’s attackers whenever they advanced towards their area.

“We have started again, I think we have a lot of space to improve,” added goalscorer Sokratis.

“The second half we didn’t play like the first but I think every game we are getting better. The fun is back.”