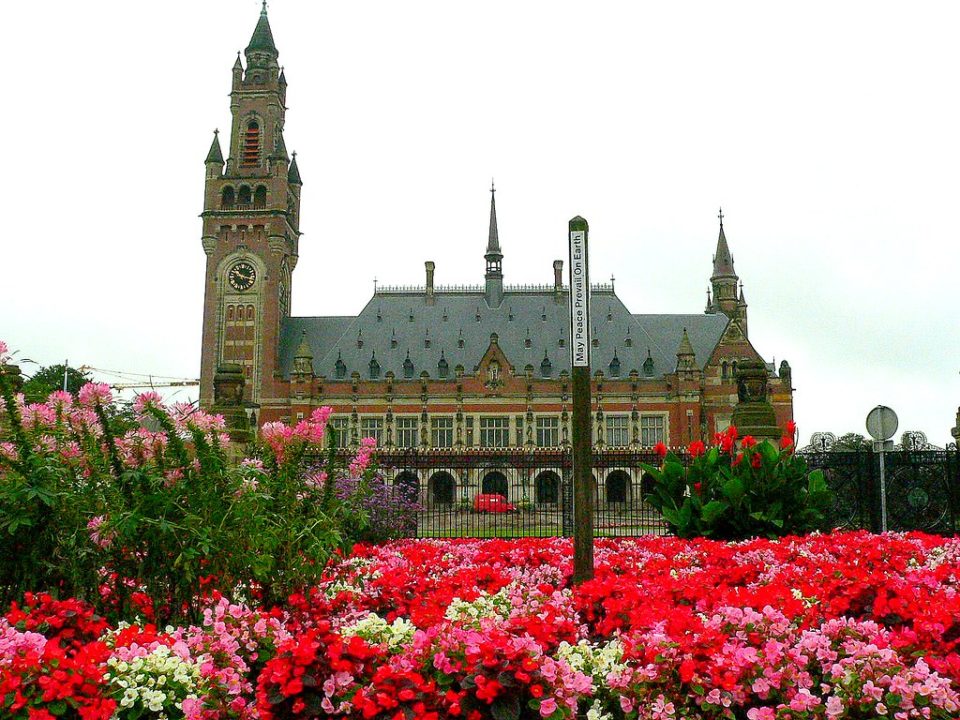 The International Court of Justice

It has already been announced that the leaders of Israel, Cyprus and Greece will meet in Athens on Thursday to sign a cooperation framework for the construction of the East-Med pipeline, a project which will contribute to further strengthening of their countries’ strategic cooperation. At the same time, the project will expand the sources of energy/gas supply to the European and world markets.

The Athens meeting has been accelerated due to developments in the region where Turkey has signed with the disputed Libyan government a protocol on the delimitation of the exclusive economic zones (EEZs) of the two countries.

Acceleration of the Athens meeting for January 2 is also a kind of response to Turkey’s provocative actions in the eastern Mediterranean region, which have been internationally condemned. The three countries – Israel, Cyprus and Greece – are rightly trying to build a strategic bulwark against Turkey’s arbitrary actions in our region. We all hope, despite indications to date, that Turkey will at least at the eleventh hour decide to contribute to the diffusion of the crisis by abandoning the gunboat policy which it is so persistently pursuing in full contempt of the international legal order.

The Athens meeting is likely to deliver the expected results and lay the foundations for the implementation of this ambitious project. It would be worth it, however, for the Athens meeting to deal with the issue of a possible referral to the International Court of Justice in The Hague aiming at the delimitation of the EEZ of the countries involved by the Court itself. All the more so because the issue of the dispute between Greece and Turkey and its referral to the International Court of Justice in The Hague is already a concern for Greece (statements to this effect were made by Greek Prime Minister Kyriakos Mitsotakis in the Athens newspaper Vima, on December 29, as did a recent statement by Member of Parliament Dora Bakoyannis, as well as related recommendations made by a number of prominent Greek legal and political analysts).

If, therefore, direct negotiations between the countries of the eastern Mediterranean with a view to delimiting their EEZ does not seem to offer a solution to the problem, and since all the countries concerned, including Turkey, declare their commitment to the International Legal Order and International Law, why don’t these countries consider, even at this critical moment, the possibility of jointly requesting Turkey to sign a special agreement for referral of the matter to the International Court of Justice for the purpose of resolving the disputes and the delimitation of their exclusive economic zones, at least in those cases where the limits of such zones are disputed. In such a case, it goes without saying that Egypt, whose EEZ is also disputed by Turkey, should also be part of the joint effort.

Such an approach would testify the commitment of the countries involved (Israel, Egypt, Cyprus, Greece) to International Law, and at the same time verify their prioritisation of peace as the greatest asset in the present painfully lawless world.

Before we are led then, as indications suggest, to the madness of war, let our leaders give peace a last chance. They owe it to their people.

Marios Eliades is a Former Minister

Our View: Gesy the biggest hurdle facing government in 2020