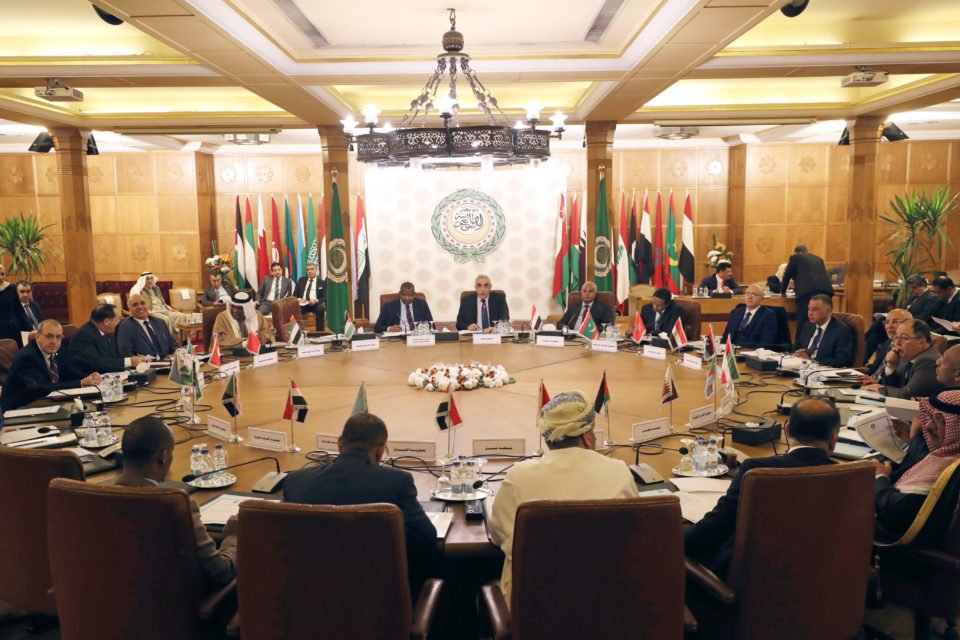 Permanent representatives of the Arab League take part in an emergency meeting to discuss Turkey's plans to send military troops to Libya, at the League's headquarters in Cairo

Turkey‘s parliament on Thursday overwhelmingly approved a bill that allows troops to be deployed in Libya, in a move that paves the way for further military cooperation between Ankara and Tripoli but is unlikely to put boots on the ground immediately.

The GNA last month requested Turkish support as it fends off an offensive by General Khalifa Haftar’s forces, which are backed by Russia, Egypt, the United Arab Emirates (UAE) and Jordan.

Fighting and air strikes continue around Tripoli, where the UN refugee agency said three mortars had fallen on Thursday close to an overcrowded transit centre housing around 1,000 migrants in the centre of the city.

Turkey‘s move comes after Ankara and the GNA signed two separate agreements in November: one on security and military cooperation and another on maritime boundaries in the eastern Mediterranean, infuriating Greece, Israel, Egypt and Cyprus.

Almost immediately after the vote, Egypt strongly condemned the parliament’s decision, and called on the international community to urgently respond to the move.

The bill, opposed by all major opposition parties, passed with a 315-184 vote. Opposition parties said the move may exacerbate conflicts in Libya and endanger Turkish soldiers in the region and Turkey‘s national security.

But Erdogan’s spokesman Ibrahim Kalin said the bill was an important step for protecting Ankara’s interests in North Africa and the Mediterranean, and for achieving peace and stability in Libya.

“As Libya’s only legitimate and sovereign government, the GNA is the singular entity with the right to formalize military alliances necessary to safeguard our nation,” Bashagha said, adding that the GNA aimed to stop a “war criminal” from seizing power and establish stability, security and democracy in Libya.

Dmitry Novikov, a Russian lawmaker, said after the vote that a Turkish military presence in Libya would “only deteriorate the situation”, according to the Interfax news agency.

Later on Thursday, Erdogan discussed Libya with US President Donald Trump in a phone call, the Turkish presidency said without providing more details. Erdogan is due to discuss Libya with Russian President Vladimir Putin later this month.

Ankara has already sent military supplies to the GNA despite a United Nations arms embargo, according to a UN report.

But analysts and some officials say Ankara is unlikely to immediately deploy troops, sending military advisers and equipment first.

“The hope would be that the Turkish military may not itself be involved in military action,” said Sinan Ulgen, a former Turkish diplomat who is chairman of the think-tank Centre for Economics and Foreign Policy Studies.

On Wednesday, Vice President Fuat Oktay said the bill served a symbolic role that Ankara hoped would be a “deterrent” to the parties, and that Turkey may not send troops if Haftar’s forces pulled back.

The maritime agreement between Ankara and Tripoli has ended Turkey‘s isolation in the eastern Mediterranean, where it is at odds with Greece over resources off Cyprus. Greece has said the accord violates international law, but Ankara rejects this, and says it only wants to protect its rights.

Greece, Cyprus and Israel signed a deal on Thursday to build a 1,900km (1,180 mile) subsea pipeline to carry natural gas from the eastern Mediterranean to Europe, but analysts say the accord between Turkey and Libya could present a barrier to the plans.

“Ankara sees its involvement in Libya as a symbol of its new status as a regional power,” said Asli Aydintasbas, senior policy fellow at the European Council on Foreign Relations.