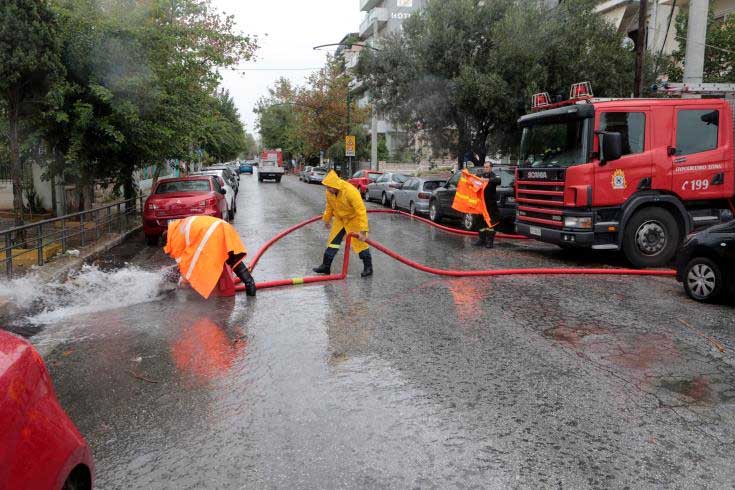 The Limassol municipality is taking emergency measures to address the problems created by torrential rains on Thursday and Friday, especially in the centre of the town, with Limassol Mayor Nicos Nicolaides visiting the areas most affected by the floods on Friday morning.

“We are constantly taking emergency measures, interventions. One reason for my visit to the centre was to see if these measures worked. They worked on Georgiou Katsounotou Street, they didn’t work elsewhere,” Nicolaides said. “The volume of water coming down cannot be countered by measures of this scale. But these things happen. We continue to have meetings, we have created a mechanism with services including the national guard”.

The heavy rains overnight on Thursday caused serious problems mainly in the area of the medieval castle, in the Tziamouda area, in various parts near the beach and on Ellados road.

In the castle area, owners of premises expressed their frustration and anger because, as they said, the problem is ongoing, no action has been taken by the authorities and the damage is enormous.

During the heavy rainfall, members of the police provided assistance to residents, Nicolaides said. The fire department responded to six calls in total in Limassol, three involving drivers trapped in flooded roads and the other three involving flooded homes.

Though the rainy weather has created problems, at other times the weather phenomena were much more intense, the mayor added.

He stressed the problems with the infrastructure are now evident and the municipality is working on making improvements.

“We are talking about projects that cost €35 million. For example, two weeks ago, the Limassol sewerage board prepared plans and documents for the very important project in the area of Tziamouda where works will be carried out on Thessaloniki, Agia Filaxeos, Navarinou and Gladstone street,” the mayor explained.

“We are in the process of implementing, by the end of the month, a total of 13 projects, with a budget exceeding €18 million, which will cover the areas of Agia Fyla, Agios Georgios Havouzas and Ekali.”

He said these projects, which will be completed in the centre and the northern parts of the city in the next couple of years, should solve the problems.

Create a Vision Board