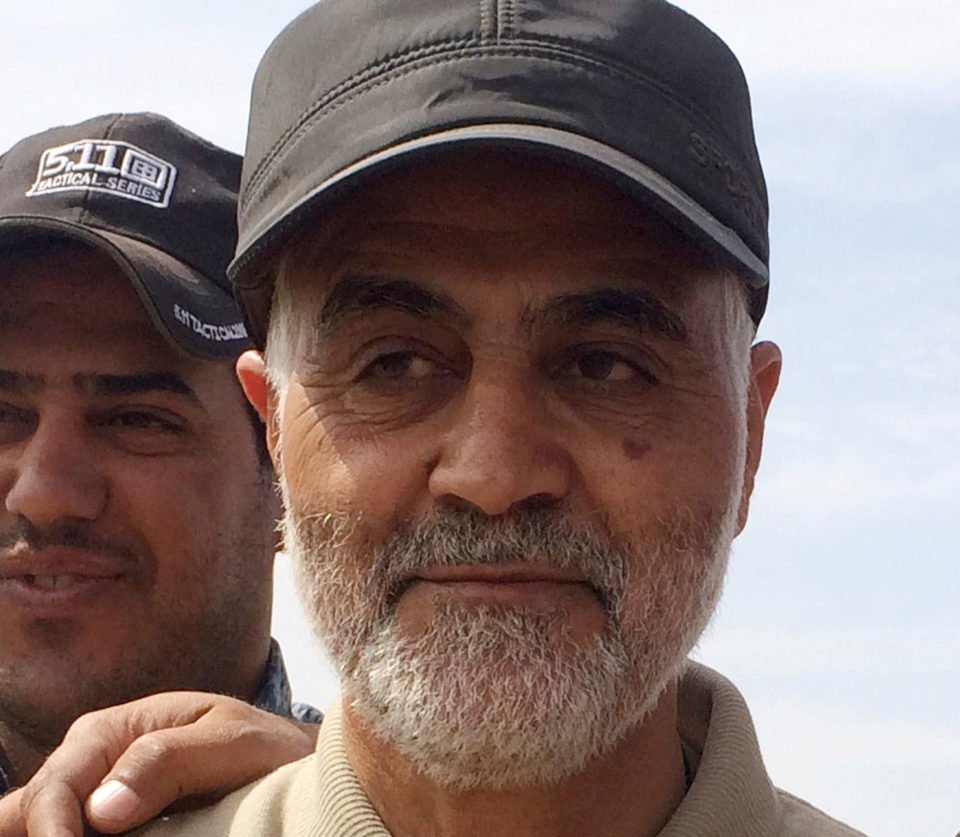 In killing Iran’s Major-General Qassem Soleimani in an air strike near Baghdad’s international airport, Donald Trump has taken a geostrategic risk it is almost impossible to imagine from any other US president. Its hugely unpredictable impact is already being felt well beyond the Middle East – and right now, no one can really know what that will mean.

In some respects, of course, the strike is simply the latest escalation in a years-long proxy confrontation that has raged across the Middle East for almost two decades. From Syria to Iraq, Yemen, Lebanon and beyond, it is a confrontation that has already killed hundreds of thousands. Throughout the last year in particular, it has been clear that both Iran and its adversaries had been tearing up the rule book, with high-profile attacks on tankers in the Gulf and Saudi energy infrastructure. And with retaliatory US strikes on Iranian-backed militia in Iraq this week – and what looked to be an attempt to storm the US embassy in Baghdad in response – matters were already entering uncharted territory.

In the short-term, it is unclear whether the unilateral US action – which will have shocked many in Washington DC as much as anywhere else – will make the region more or less violent. Soleimani – in some ways the second most powerful man in Iran, and the chief architect of its international military operations – would normally have been the key decision-maker behind any response. Multiple forces in Tehran and elsewhere will be scrambling for advantage after his death, and while some will want to unleash regional chaos as part of that, others may be deterred into being more restrained.

The United States says Soleimani and the Iranian Islamic Revolutionary Guard Corps Quds Force he commanded were preparing further attacks on US diplomats, forces and contractors. The United States has made clear it was concerned over embassy safety in particular, with chairman of the Joint Chiefs General Mark Milley warning anyone who attempted to storm it would run into a “buzz saw” of US military force. Whether that is now more or less likely in the immediate term will depend on how power games in Tehran play out, and whether elements potentially even more hawkish than the slain general are able to call the shots.

Other potential responses could include further attacks on shipping in the Gulf – although that would give those in the United States – as well as Israel and the Gulf states – who have long wanted to devastate Tehran’s military capability the opportunity for action.

In the longer run, an Iranian response is inevitable – potentially igniting a full-on regional war. Just as important is the response of America’s local and global allies and adversaries.

Russia and increasingly China already looked as if they were being sucked into that regional face-off, announcing joint naval drills with Tehran only days ago. Whether those would still go ahead if US and Iranian forces are openly trading blows is far from certain – but most likely, Russian President Vladimir Putin in particular will be tempted to double down to back Tehran. The two nations have a complex relationship, but have been relatively effective allies in Syria in particular, even as they also wrestle between themselves for influence and access across the Middle East.

America’s allies will also be abruptly considering their position. European states in particular have long voiced concerns over Trump’s increasingly hawkish take on Iran, and will have no appetite for being sucked into any outright war. Failing to back Trump, however, will unquestionably exacerbate already growing strains between the United States and its allies.

Iraq’s government is in a particularly complex position, having both US and Iranian forces on its soil. So are the growing protest movements within both Iran and Iraq. Soleimani had been seen as one of the architects of recent crackdowns against such dissidents – but that does not mean they will have any huge enthusiasm for the sort of US action Trump has just demonstrated.

None of that looks likely to bother the US president. Ever since taking office, he has chafed against the influence of more established foreign policy and military figures who reports say he clearly feels have been trying to control him. Almost all – including former Defence Secretary Jim Mattis – have now left his administration. As he heads into a presidential election and impeachment hearings, his political calculation may be that appearing militarily strong and decisive will appeal to his political base, even as it alarms many others.

That may point to the most alarming lesson of Friday’s strike and whatever follows. More than anyone else, even Putin, Soleimani was an example of a leader who had no compunction about ignoring what rules might exist and unleashing bloody mayhem to suit his ambition and agenda. It is behaviour becoming more internationally normalised by the day, and no one knows where it will end.