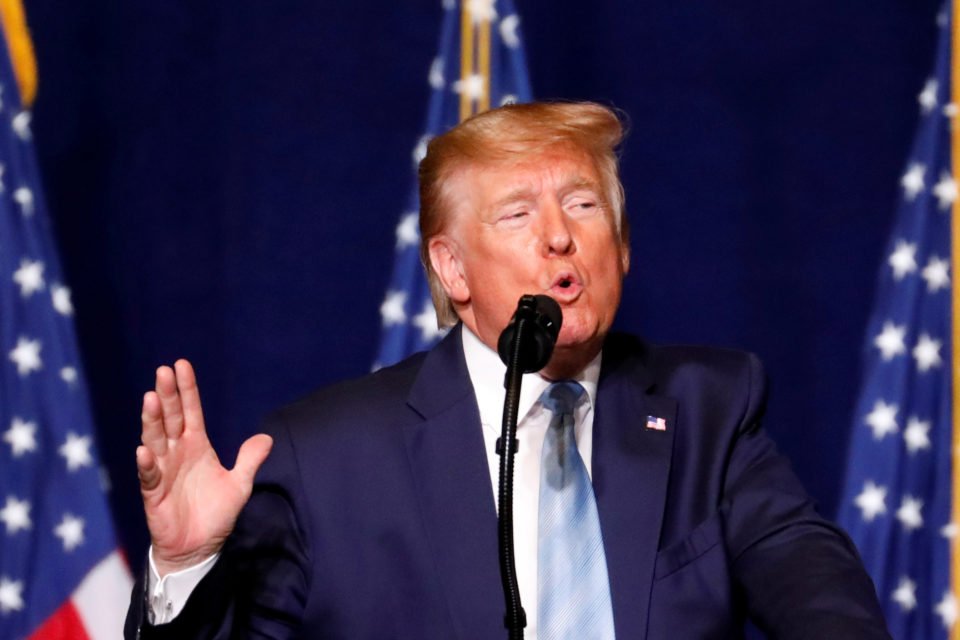 U.S. President Donald Trump on Sunday stood by his threat to go after Iranian cultural sites, warning of a “major retaliation” if Iran strikes back for the killing of one of its top military commanders.

The president, speaking to reporters on Air Force One, also threatened sanctions against U.S. ally Iraq after its parliament called on American troops to leave the country.

Trump and his advisers have been defending the U.S. drone strike that killed Iranian military commander Qassem Soleimani, whose death has escalated tensions in the region. Trump says Soleimani was planning attacks against Americans and said he would consider releasing intelligence reports that led him to direct the killing.

Asked about potential retaliation by Iran, Trump said: “If it happens, it happens. If they do anything, there will be major retaliation.”

Trump has said the operation was conducted to avoid war with Tehran and warned against further escalation, but he has employed tough rhetoric in public, tweeting that the United States had targeted 52 Iranian sites, some “at a very high level & important to Iran & the Iranian culture” if Iran struck any American or American assets in retaliation.

U.S. Secretary of State Mike Pompeo denied on Sunday that Trump said he would target Iranian cultural sites, but the president contradicted him when asked about the issue on Sunday night.

“They’re allowed to use roadside bombs and blow up our people and we’re not allowed to touch their cultural sites? It doesn’t work that way,” he said.

Targeting cultural sites with military action is considered a war crime under international law, including a U.N. Security Council resolution supported by the Trump administration in 2017 and the 1954 Hague Convention for the Protection of Cultural Property.

The president also issued a threat to Baghdad after the Iraqi parliament’s call for U.S. and other foreign troops to leave the country in a backlash against the killing of Soleimani.

“We have a very extraordinarily expensive air base that’s there. It cost billions of dollars to build, long before my time. We’re not leaving unless they pay us back for it,” Trump told reporters.

Trump said that if Iraq asked U.S. forces to leave and it was not done on a friendly basis, “we will charge them sanctions like they’ve never seen before ever. It’ll make Iranian sanctions look somewhat tame.”

Meanwhile Iran announced on Sunday it would abandon limitations on enriching uranium, taking a further step back from commitments to a 2015 nuclear deal with six major powers, but it would continue to cooperate with the U.N. nuclear watchdog.

State television said Iran would not respect any limits set down in the pact on the country’s nuclear work: whether the limit on its number of uranium enrichment centrifuges to its enrichment capacity, the level to which uranium could be enriched, the amount of stockpiled enriched uranium or Iran’s nuclear Research and Development activities.

“Iran will continue its nuclear enrichment with no restrictions …. and based on its technical needs,” a government statement cited by television said.

Iran has steadily overstepped the deal’s limits on its nuclear activities in response to the United States’ withdrawal from the accord in 2018 and Washington’s reimposition of sanctions that have crippled Iran’s oil trade.