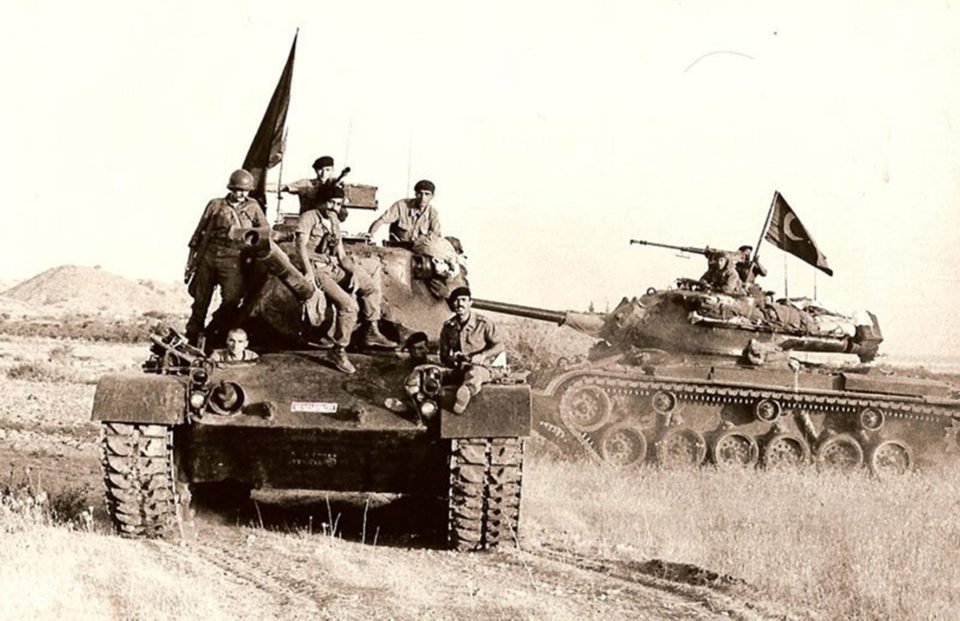 I used to make New Year wishes and resolutions. No more! As Max Ehrmann said in his memorable work Desiderata ‘no doubt the universe is unfolding as it should’ and needs no help from me. A line from The Great Gatsby seems fitting for the Cyprus problem: “So we beat on, boats against the current, borne back ceaselessly into the past.” I’ve lived here through every president since Archbishop Makarios III, was here through the tragic summer of 74, saw both husband and son serve their allotted time in the army, so I guess I’m entitled to an opinion as to where I would wish Cyprus to be.

In the General Hospital I watched soldiers pace as they too waited their turn on a strike disrupted day. Young, fresh-faced lads reminding me of those caught up in the invasion in 1974, some were just out of school, going into a war in which they were grossly outnumbered; many never came back. I later read of the defence budget hike and thought, we are like a mosquito eyeing a dinosaur through the wrong end of a telescope, in denial of its size and teeth as we contemplate standing up to its might while Baron Von Munchausen lends us his ‘diplomatic’ language to excuse the stance.

It was a tough struggle in 1974 for our forces to defend against such numerically superior forces, and the fight they put up did us proud. No one rushed to defend us then, and if Turkey decides to come at us again, nobody will move against her. Our principles and Munchausen diplomatic speak are fine as sound bites at home, but Turkey’s economic weight is, inevitably, even finer abroad and Turkey knows her strengths and our weaknesses.

President Recep Tayyip Erdogan is a crafty psychologist, always one move ahead. The Turkish army is literally on our doorstep and if we imagine there is any chance that we would not be completely consumed in a very short time with more young lives uselessly sacrificed, then we are consciously insisting on looking down the wrong end of that telescope (even though visionary people have said it so often) at a wily president who has already tested the waters – literally, to see how our ‘friends’ will react and finds the only thing his country has to swat away is a limp slap on the wrist.

Ireland patched up its troubled mess that cost so many lives, to the benefit of the north and south as well as the UK. Sensible compromise brought prosperity to all concerned until wobbly Brexit shook that up. I wish that instead of arming our lads, the government bought every second of valuable time there is to ensure they will never be involved in a war with Turkey again.

Soon electricity bills will soar as consumers become whipping boys for failure on our carbon emissions. In a normal world, those responsible for failure should pay for fines or losses. Instead, the cost will be passed on to the hapless consumer, and poor pensioners will have to cut back even further with the mental and physical anguish that entails, while those responsible for not doing what they should will feel no pain.

Ireland grants weekly fuel allowances to those in need; what allowances are made here on utility bills to aid the poorest in the land? Contributions to Gesy will rise; will poor pensioners have yet more cuts? My landline calls cost around half of the CyTA charges. At times it seems that Cyprus lives in the land of Sleeping Beauty, having awoken from a torpor – the aftermath of a vicious blot on our history, stumbling into consciousness doing what Cypriots are great at doing – working hard and philosophising: we’ll get by.

And then, content with pulling our socks up and getting the country back on its feet, we were lulled again into that same torpor by good living until the recession scored, caused unfortunately, by an own goal. The long-established bad patterns and habits are never abandoned; just put aside as expediency demands then they creep out again as cash flow improves and greedy hands are extended.

We were drawn out of that trough mostly by those who had literally to work to make it happen as opposed to those merely receiving secure salaries. In the early awful days after the invasion, public servants took salary cuts. Sonia, a friend who was paying off her house, told me it was difficult with three children but ‘it’s my country that asks this sacrifice, so I don’t complain’. I don’t think there are many of her calibre around now. I listened to children singing old Greek and Cypriot songs recently, they brought tears and touched the part of me that loves this land. But there is a part of me that wishes I could turn that illusionary telescope the other way.