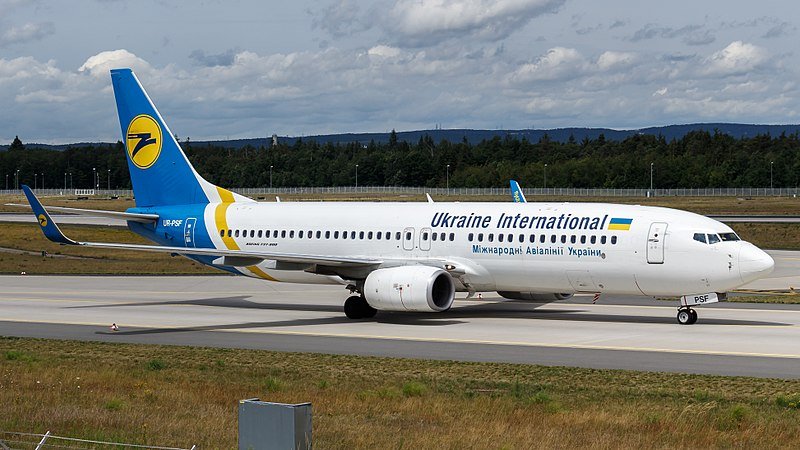 A Ukrainian airliner fell to earth in a fireball shortly after take-off from Tehran on Wednesday, killing all 176 people on board in a crash that intelligence sources said was likely caused by a technical malfunction.

The Ukraine International Airlines Boeing 737-800, en route to Kiev and carrying mostly Iranians and Iranian-Canadians, crashed hours after Iran fired missiles at bases housing U.S. forces in Iraq, leading some to speculate that the plane may have been hit.

But five security sources – three Americans, one European and one Canadian – who asked not to be named, told Reuters the initial assessment of Western intelligence agencies was that the plane had suffered a technical malfunction and had not been brought down by a missile. There was evidence one of the jet’s engines had overheated, the Canadian source said.

The crash comes at a difficult time for planemaker Boeing Co , which has grounded its 737 MAX fleet after two crashes. The 737-800 is one of the world’s most-flown models with a good safety record and does not have the software feature implicated in crashes of the 737 MAX.

“We are in contact with our airline customers and stand by them in this difficult time. We are ready to assist in any way needed,” the manufacturer said in a statement earlier on Wednesday. It declined further comment. Its shares fell 1.1% on Wednesday.

In Paris on Wednesday morning, the maker of the plane’s engines, French-U.S. firm CFM – co-owned by General Electric Co and France’s Safran – said speculation regarding the cause was premature.

Smouldering parts and debris, including shoes and clothes, were strewn across a field southwest of the Iranian capital, where rescue workers in face masks laid out scores of body bags.

Among the victims were 82 Iranians, 63 Canadians, and 11 Ukrainians, Ukrainian authorities said. The Tehran-Toronto via Kiev route was a popular one for Canadians of Iranian descent visiting Iran, in the absence of direct flights, and carried many students and academics heading home from the holidays.

The victims included a newlywed couple that had gone to Iran to get married. Arash Pourzarabi, 26, and Pouneh Gourji, 25, were graduate students in computer science at the University of Alberta. Four members of their wedding party were also on board.

At Kiev’s main airport, candles and flowers were laid next to pictures of the deceased Ukrainian crew members.

It was Kiev-based Ukraine International Airlines’ first fatal crash, and the carrier said it was doing everything possible to establish the cause.

Ukraine said it was sending a team of experts to Iran to investigate. President Volodymyr Zelenskiy said he had instructed Ukraine’s prosecutor general to open criminal proceedings, without specifying who they would involve.

Canadian Prime Minister Justin Trudeau said Canada would “continue to work closely with its international partners to ensure that this crash is thoroughly investigated” and U.S. Secretary of State Mike Pompeo said the United States was calling for complete cooperation with any investigation into cause of the crash.

Under international rules, responsibility for investigating the crash lies with Iran. Iranian state television said both of the plane’s black box voice and data recorders had been found.

The semi-official Mehr news agency quoted the head of Iran’s civil aviation organisation as saying it was not clear which country Iran would send the black boxes to for analysis of the data, but it would not give them to Boeing.

The crash looks set to strain fragile international protocols on co-operation in air disaster investigations at a time when the United States and Iran are mired in confrontation.

The plane that crashed was a three-year-old Boeing 737-800NG. Its last scheduled maintenance was on Jan. 6, Ukraine International Airlines said.

An amateur video, run by Iranian news agencies and purportedly of the crashing plane, showed a descending flash in a dark sky. It was accompanied by comments that the aircraft was “on fire” and then a brighter flash as it appears to hit the ground. Reuters could not authenticate the footage.

Early on Wednesday, Iran had fired more than a dozen ballistic missiles at bases housing U.S. forces in Iraq in retaliation for a U.S. drone strike last week that killed an Iranian military commander.

Some airlines cancelled Iran and Iraq flights and re-routed others away from both countries’ airspace following the missile strikes. The European Aviation Safety Agency recommended that commercial flights avoid Iraqi airspace.

Iranian TV put the crash down to unspecified technical problems, and Iranian media quoted a local aviation official as saying the pilot did not declare an emergency.

Safety experts say airliner accidents rarely have a single cause and that it typically takes months of investigation to understand all the factors behind them.

Modern aircraft are designed and certified to cope with an engine failure shortly after take-off and to fly for extended periods on one engine. But an uncontained engine failure releasing shrapnel can cause damage to other aircraft systems.