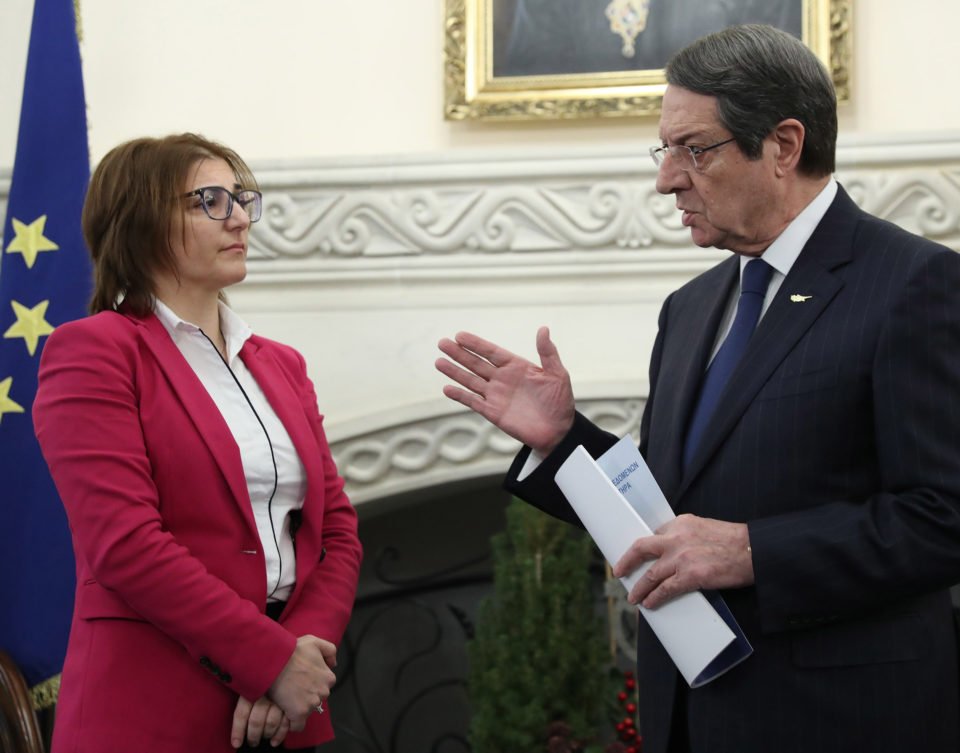 He was speaking during a meeting with Data Protection Commissioner Irene Nicolaidou who delivered her report for 2018.

After congratulating Nicolaidou for her work, he said that, at last, there are institutions which were implementing legislation of great importance.

“And taking into account these strict provisions to facilitate the way justice is dispensed, we have gone ahead with the bill, which I hope will be passed by parliament on the 17th of the month,” Anastasiades said.

He added that based on the strict terms included in the proposed law and following the approval of the attorney-general, surveillance of phones belonging to crime suspects will be possible.

The bill will be put to the vote on January 17 after MPs agreed on Wednesday to include certain last-minute amendments submitted by the government, which had led to postponement of the vote early in December.

The majority of MPs on the House legal affairs committee accepted the amendments after the state services involved provided the necessary explanations.

Anastasiades said the reform of the justice system was part of the same framework.

He added that a series of laws introduced by the government would significantly contribute to restore the sense of justice, improve personal data conditions, but also protect the privacy of every individual.

Nicolaidou said that the report includes her office’s activities for 2018 after the full implementation of the General Data Protection Regulation (GDPR).

According to Nicolaidou, the regulation contains many obligations but also provides enhanced rights. This, she added, is evident in the complaints and questions her office received, double in number compared to the past, which have been investigated.

She said her office is continuing its efforts to fully implement and comply with both the public and private sectors.