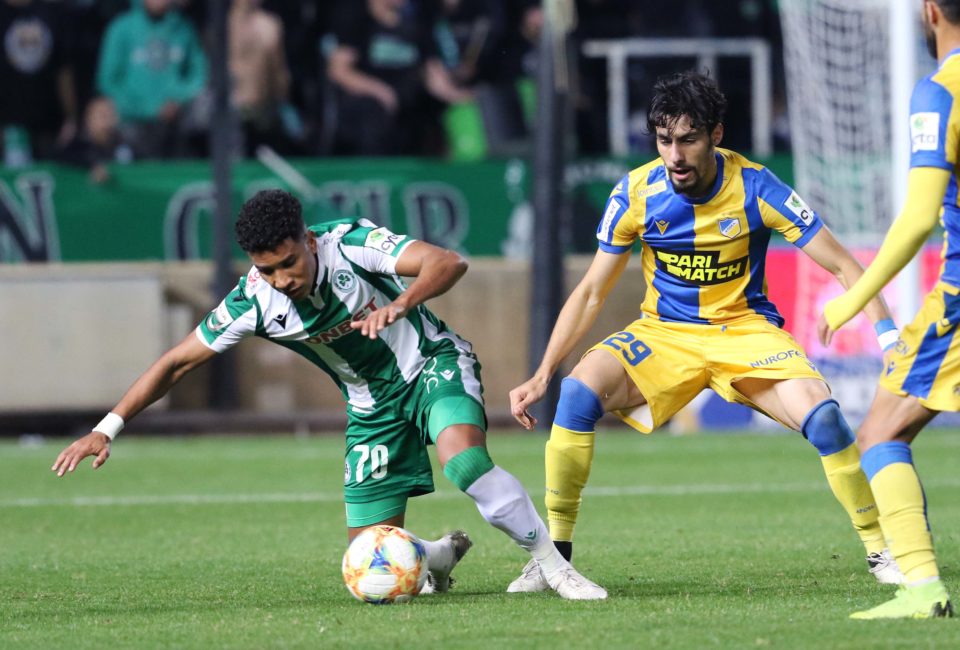 In an unprecedented move, Omonia Nicosia, one of the island’s biggest football clubs, has issued a statement accusing the Cyprus Football Association (CFA) and other teams in the Cypriot football league of corruption and is asking the European and world football governing bodies UEFA and FIFA to intervene.

“We believe there is widespread corruption in Cypriot football and the situation is not likely to change under the current CFA leadership,” the statement, published on the club’s official website reads.

“It is clear that the final outcome of several Omonia games has been altered by poor and biased refereeing.

“Fixed games sadly remain a common practice and a widespread reality in our world,” the club said. “This has to stop and that is why we decided to finally speak out.”

It is an unprecedented statement coming from one of Cyprus’ biggest clubs. Omonia last won the league title in 2010. It has since run into severe financial problems, mainly due to mismanagement.

The statement makes serious allegations about people connected to the underworld involved in Cypriot football, an accusation confirmed by a source close to the club.

“Omonia has very strong evidence that confirms an extensive criminal presence in the football world,” the source told Cyprus Mail.

“The last game against Apollon, in which the appalling decisions taken by the referee clearly influenced the final result, triggered the club to finally stand up and denounce the gravity of the situation.”

Omonia faced Apollon on January 4 in Limassol, ending up losing 2-1.

The game’s referee Lucas Sotiriou has been criticised for his direction.

He received threatening messages the day after the game and on January 6 he filed a complaint to the police, who sent patrols outside his house in Larnaca.

The incident is the latest in a string of threats and attacks against match officials in Cyprus, who have also seen their cars set on fire in numerous occasions over the past years.

Omonia’s statement said “it has collected enough evidence over the years to persuade UEFA and FIFA to open a case about football in Cyprus.”

“We are aware of the seriousness of our accusation and we want to make it clear we will not stop until the situation is addressed by UEFA, FIFA or the Cyprus Sport Federation (KOA).”

The club has decided not to comment on the statement any further so as not to distract the team’s players, who will be facing Pafos FC in a league game on Friday at 7pm at GSP Stadium in Nicosia.

However, they confirmed they will file an official complaint to UEFA and FIFA next week.

Arch-rivals Apoel also released a statement on Friday morning commenting on Omonia’s accusation and calling on them to prove their allegations.

“It is because of their significance that we call upon Omonia to prove them with hard facts and evidence.

“This is how prejudice and doubts in Cypriot football are reinforced.

“We, like all Cypriot teams and football fans in the country, are eagerly expecting the case to unfold.”

Former UEFA vice president and member of the FIFA council, Marios Lefkaritis, said UEFA and FIFA are unlikely to intervene in the matter.

“There are 54 football federations currently under the umbrella of UEFA. I would be very surprised if they decided to get involved in an issue regarding Cyprus,” he said.

“However, if the evidence that Omonia is planning to present turns out to be strong, they might decide to look into it. Whatever the case, we will have to wait until an official complaint is presented.”

A similar situation unfolded in December 2014, when former referee Marios Panayi caused an uproar within the Cypriot football community by speaking openly about match fixing.

He claimed that he had recordings, documents and other evidence proving that members of the CFA were fixing matches, in particular those deciding which team would be relegated to the second division.

Panayi identified current CFA chairman George Koumas, who, at the time, was the deputy head of the football federation, as the man behind the curtain, stressing that if he was not removed from the picture, then professional football in Cyprus was a lost cause.

May deadline to switch GP