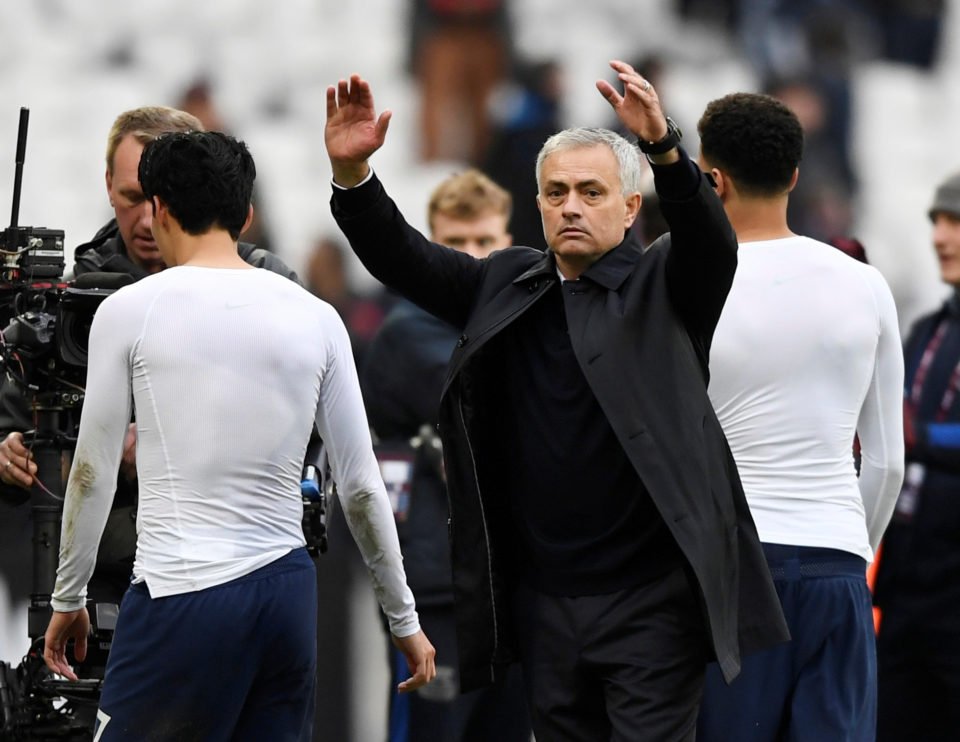 Jose Mourinho said it will take several transfer windows for him to get his Tottenham squad into shape and accepts his big-spending days are behind him.

Mourinho replaced Mauricio Pochettino in November knowing he would never have the spending power that he has enjoyed at Chelsea and Manchester United in the past.

It leaves him with a depleted squad, as even though star man Harry Kane and midfielder Moussa Sissoko have been ruled out until April, Mourinho says they are not going to be “kings of the transfer market” in the current – or any – window.

It is a far cry from his days at Chelsea, where in 2004 he built one of the greatest Premier League side’s in one summer transfer window, but it is a challenge he is determined to enjoy.

On the comparison to Chelsea, he said: “Come on! But that was quite simple in the sense of, ‘Which one is a central defender that I want? That one, thank you very much’.

“Of course, it’s a different challenge. I think you should look to it also in a different way.

“For me, it’s very enjoyable. Again, I came to the club so happy to come.

“One of the reasons I was so happy to come was because everything was crystal clear.

“Nothing was promised to me that in this moment, I say, ‘Oh, it was not truth, I am very disappointed, we didn’t know’.

There is never a good time to lose your talisman and top scorer, who could easily not play again this season, but January does at least offer Spurs a chance to replace him.

Krzysztof Piatek is one player who could fit the bill, but Mourinho did not want to get drawn on the AC Milan forward.

“Is AC Milan happy that I speak about him? I don’t speak about players from other clubs, I’m sorry.”

Whether it is Piatek or anyone else that Spurs do manage to bring in, Mourinho insists the January transfer window is not the ideal time.

“I think it’s very difficult,” he said. “It’s the window of opportunity. Sometimes opportunities come for some reasons.

“Some clubs they have too many. Some clubs save an important salary.

“Sometimes players and coaches are not having the best empathy and both have the desire to split.

“Some players are not playing because of some reason and because of the Euros they move to play, to try to get in the Euros with national team ambition.

“Sometimes opportunities are coming but other times not.

“The desire of every team, and we are not different, is to improve. The best way to improve on the long term, is it to do something now?

“In the summer with more options? Or now to try to help the team until the end of the season or no?

“Again, we have to be calm and patient, and see. Instead of us chasing the market, let’s see if something happens in the market and see if the market decides to knock on our door.

“I think it’s better that way.”

China launches gigantic telescope in hunt for life beyond earth