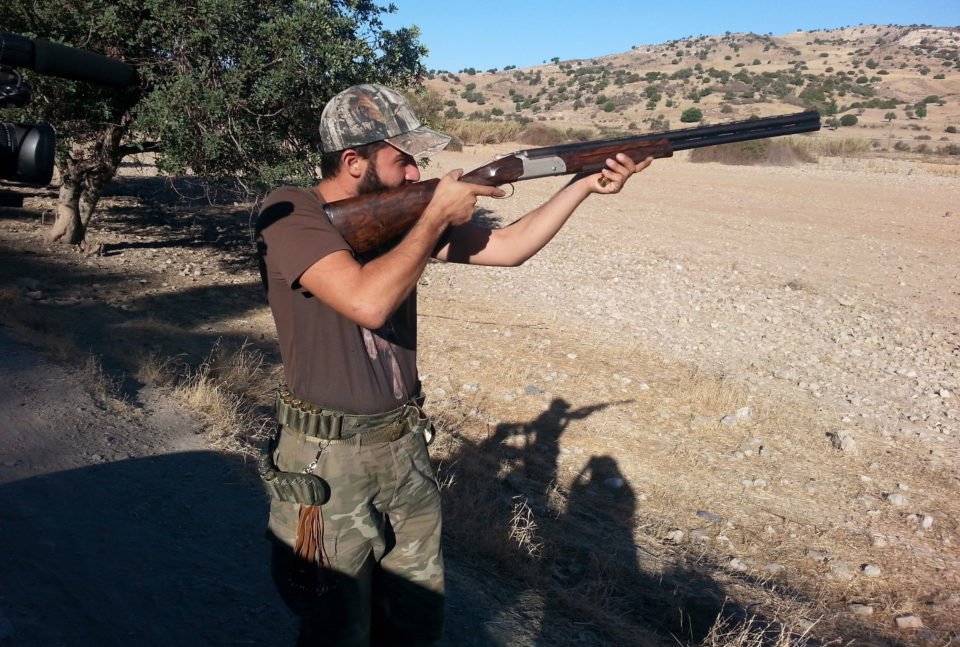 Despite staggeringly high levels of gun ownership, gun crime remains rare. Even so, the EU wants us to tighten our antiquated laws

Winter in Paphos and the hills and hiking trails are alive with the sound of gunshot. The crack of shotguns and hunters hollering is as much a part of Sunday morning as the scent of woodsmoke and souvla.

Despite this, Cyprus doesn’t come off as a gung ho gun society. Sure, there are guns and a lot of hunters – but we’re certainly not Texas.

Yet the island has about 37 guns per 100 people which places us in the top four for gun ownership in the world. And while the number of guns may appear alarming to some, it’s worth noting that the US has a whopping 120 guns per 100 people. Oh, and there are no AR-15s lying about on the island.

A major reason as to why Cyprus is so high on the list is due to army reservists having weapons at home.

If you live in cities such as Nicosia or Limassol then chances are that Cyprus’ near chart-topping gun ownership comes as a bit of a surprise. Driving around some villages perhaps you notice a few road signs peppered with shotgun pellets, but that’s about it. For some rural areas however, guns are much more a part of daily life.

While Cyprus is only three places behind the US in overall ownership – gun crime and deaths are very rare here with 0.2 gun homicides per 100,000 people.

Even so, Cyprus is being pressured by the EU to harmonise gun legislation under the 2017 Firearms Directive and is preparing new legislation.

“The truth is there are people acting like mujahideen with guns on Facebook,” said president of the Firearms Dealers Association Angelos Pitsillides. He is working with the committee overseeing the bill and welcomes the upcoming gun legislation. “There are irresponsible people with guns.”

But MPs in December said they would not be rushed into wrapping up discussion on the firearm possession bill despite Cyprus having received a warning by the EU over delays.

Lawmakers appear eager to play down the new gun legislation. After all, no one wants to aggravate the roughly 45,000 strong hunting lobby. Those involved in the process have focused instead on the EU directive’s controls on transporting guns for shooting competitions and historical firearms for collection purposes.

But after some recent close calls there is now a greater appetite for some new regulation.

“The measures are a step in the right direction,” Disy MP and the House legal affairs committee’s deputy head Demetris Demetriou told the Sunday Mail.

In 2020 MPs are set to pass an updated EU Firearms Directive. The aim is to improve transparency of gun ownership, sharing of data between departments and authorities while also making it harder to own a gun.

Akel MP Aristos Damianou said that last March when the bill on firearms and other types of weapons was discussed by the committee, his party had raised a series of questions concerning business or other interests arising from this bill. These issues still stand, he said.

Demetriou has said that every detail in the bill must be carefully discussed as it is a “very sensitive matter”.

He added that for that reason, they should not discuss bills under the pressure of being fined if it is not sent to the House plenum soon.

“There are some people who should not have guns, I’m sure you remember the man in the Acropolis apartment,” said Demetriou.

He was referring to the incident last November 2019 when a man in an Acropolis apartment, armed with a hunting rifle, had a 12-hour standoff with police.

The man apparently became agitated when police officers came to his first-floor apartment to hand him a court order mandating his admission to a psychiatric hospital. Unbelievably, the man owned up to 12 hunting rifles.

“The people who misbehave with guns give a bad name to the rest of us. At New Year’s you still have people in some villages firing shots to celebrate, I mean come on,” Pitsillides told the Sunday Mail.

Pitsillides expressed frustration that the bill is being delayed and not moving fast enough.

“Updating the old gun laws in Cyprus would be very helpful. They haven’t changed much since 1966,” he said. “For example, now if someone wants to buy a gun, they still need a signature from the local mukhtar.”

The proposed legislation would also make it easier for authorities to take guns away from violent people, Pitsillides explained.

“If someone beats his wife, then we must wonder what else that person is capable of and whether they should have a gun,” he said.

The issue of firearms has become so toxic in the US, but fortunately in Cyprus progress is being made which could – if done correctly – benefit both gun lovers and sceptics.

Firearms enthusiasts, be they professional shooters in competitions or weekend hobbyists, are eager for their image to be cleaned up.

Many see an opportunity to take guns away from the irresponsible minority which tarnish the reputation of the rest.

Pitsillides also sees an opportunity opening up from the new legislation.

“If we harmonise the law across the EU and Cyprus is a part of that, then it will be easier to participate in shooting competitions. You can have a gun ID which is recognised and easier to travel with,” he said.

There are also foreign investment opportunities from keen European shooters, such as Germans and the Swiss, who see Cyprus as an ideal training ground during the mild winter months.

But how exactly did we get here? Since Cyprus’ gun laws haven’t changed much since 1966 – why now? There’s no second amendment in Cyprus – US’ citizens right to bear arms – so it makes sense that regulations would change at some point.

Fortunately, Cyprus hasn’t had any real murder sprees involving guns. One of the only notable cases was a gangster related incident in Ayia Napa in 2016, when four people were shot dead.

But 2015 was a dark year for Europe and France in particular.  In November of that year Islamic extremists carried out attacks in Paris which killed 130 people and wounded about 400 others.

The AK47s used in the attacks were brought over from Eastern Europe, as were the guns used in many other similar attacks.

The 2017 Firearms Directive was the EU’s response to the massacres which shocked the continent.

In this regard, it’s not exactly clear why Cyprus should adopt the EU’s gun legislation – although we have to.

The only meaningful way on or off the island is by aeroplane, which means it is already virtually impossible for a jihadist to take a gun from Paris to Nicosia – making Cyprus almost uniquely safe in this regard.

Whether or not the 2015 attacks in Europe have much relevance to Cyprus, many of the people who spoke to the Sunday Mail agreed it was time to update and streamline regulations. If this happens under the umbrella of the EU Directive, then so be it they said.

Well informed sources who did not wish to be named, told the newspaper in 2013 there was a real fear amongst the authorities that outrage caused by the haircut following the financial crisis could lead to a coup.

“There was some panic. So many people have guns and a lot of them were very angry,” one of them said. “A lot of officers were stressed that there could be a coup, but in the end not a single bullet was fired.”

Many people looking back at that turbulent time have expressed amazement that nothing serious happened. Unlike in Greece where there was periodic rioting during its dark days of haircuts, there was no rioting: any protests in Cyprus were admirably peaceful.

Considering the number of guns available, to young men in particular, it’s a testament to our society that we’re doing something right.

When asked why Cyprus has not witnessed mass-shootings, one source said “we do not have the same social problems like in America, we are a small and close society.”

He also said the fact that most young men learn to handle guns in the army teaches them to be responsible.

Whatever the reason, and without tempting fate, Cyprus has been fortunate to avoid a mass-shooting. It has also allowed us to discuss the issue without the bitter divide that has engulfed the US.