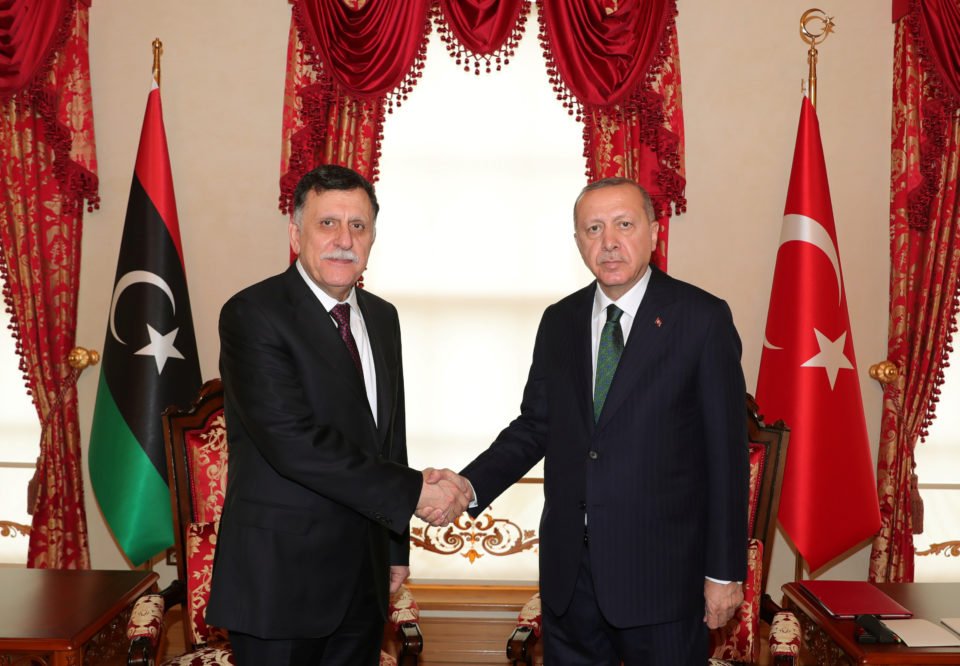 A ceasefire in Libya initiated by Turkey and Russia saw a lull in heavy fighting and air strikes on Sunday, though both warring factions accused each other of violating the truce as skirmishes continued around the capital Tripoli.

Libya, which has been mired in turmoil since the toppling of strongman Muammar Gaddafi, has had two rival governments since 2014. The conflict between the forces of the two factions has wrecked the country’s economy, fuelled migrant smuggling and militancy, and disrupted oil supplies.

In the latest international attempt to stem the violence, the Turkish and Russian presidents had called for the ceasefire to start on Sunday, more than nine months into an offensive on Tripoli by the Libyan National Army (LNA) led by commander Khalifa Haftar.

Both the internationally recognised Government of National Accord (GNA) in Tripoli and the eastern-based LNA said they conditionally agreed to the truce.

From early Sunday, exchanges of fire could be heard in Tripoli’s Salaheddin and Ain Zara districts, though by the middle of the day clashes had abated.

There were no reports of drone or fighter jet strikes, which have been common in recent weeks as fighting around Tripoli escalated and the LNA took Sirte, a strategically important city midway along Libya’s coastline.

Any attempt to impose a lasting ceasefire will be hard to enforce because of the splintered nature of Libya’s military coalitions. The LNA has said it still intends to rid Tripoli or its armed rivals, and the GNA has demanded Haftar’s forces withdraw. Both sides refer to each other as militias.

“The (GNA) militias violated the truce on more than one battlefront, with all types of weapons,” said LNA commander Al-Mabrouk Al-Gazawi.

The GNA said that despite gunfire in the Salaheddin and Wadi Rabea areas “minutes” after the ceasefire was meant to start at 0001 a.m. on Sunday (Saturday 2201 GMT), and violations by “the aggressor militias”, it renewed its commitment to the ceasefire.

Turkey’s defence ministry said it had observed that all sides were trying to abide by the ceasefire, and that the situation was calm except for “one or two separate incidents”.

The conflict between the warring factions has become increasingly internationalised, with both sides depending largely on foreign air power. The LNA has received backing from the United Arab Emirates, Jordan, Egypt, and from Russian military contractors. Turkey backs the GNA and voted this month to allow a troop deployment to Libya.

Emadeddin Badi, a policy fellow at the European University Institute, said that while there were “elements within both sides that don’t want a ceasefire”, the lull in air strikes on Sunday “highlights that Turkey and Russia jointly can influence the level of internationalisation of this conflict”.

Turkish officials have indicated that they would send military advisers and equipment before any troop deployment, but the Turkish parliament’s vote and its signature of a maritime deal with the GNA have triggered furious rhetoric from eastern Libya and its allies, including Egypt.

In Cairo on Sunday, the speaker of Libya’s pro-Haftar eastern parliament, Aguila Saleh, told Egypt’s parliament to oppose Turkey’s moves, “otherwise we might be compelled to invite the Egyptian armed forces to intervene”.

The Turkish-Russian ceasefire call came as the United Nations and European powers pushed for a summit later this month in Berlin aimed at winding down foreign involvement and resuming a peace process upended by Haftar’s advance.