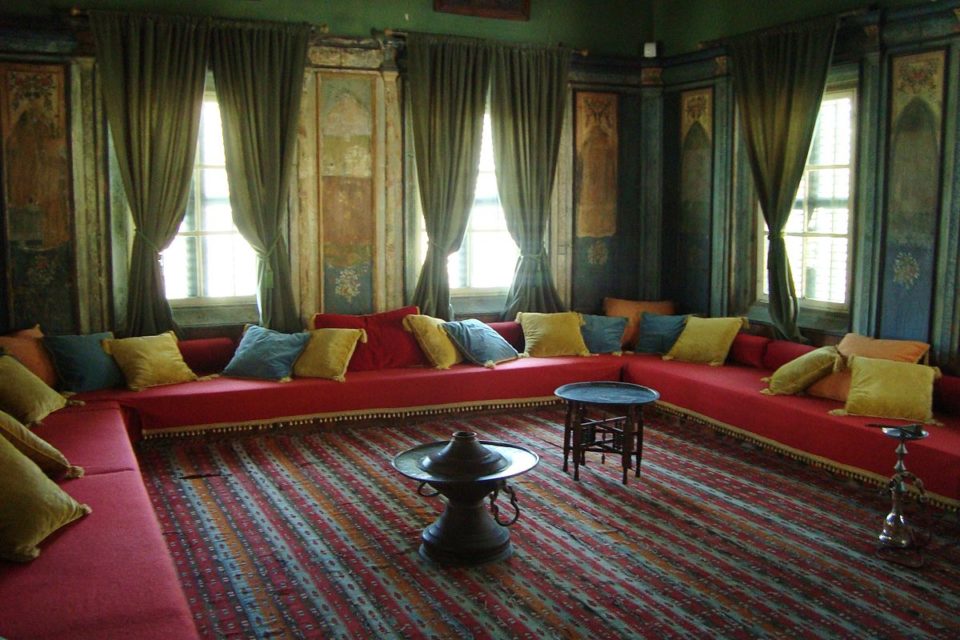 KEEPING the Hadjigeorgakis Kornesios mansion as an ethnological museum is a matter of public interest, the transport ministry said on Monday following increased criticism over the announcement by Archbishop Chrysostomos that it would be turned into a byzantine museum.

Tourist guides and political parties voiced their opposition on Monday to the archbishop’s announcement that the mansion, located near the archbishopric in the old part of Nicosia, would be converted to a byzantine museum.

Part of the building belongs to the Church, but it is under the management and maintenance of the Department of Antiquities.

The Cyprus tourist guides association expressed regret over the decision by Archbishop Chrysostomos to also convert the churches of Ayios Antonios and Ayios Ioannis into museums, as well as to turn the ethnological museum into a byzantine museum and urged him to rethink this move.

“We believe that the decision was made without consideration of important criteria such as the ethnological museum (Hadjigeorgakis Kornesios mansion) is the only museum on the island that reflects the 300 years of Ottoman rule in Cyprus and its conversion into a byzantine museum is unnecessary, as there is already a very important museum close by,” they said in an announcement.

The guides pointed out that such actions are akin to a practice in the north of the island where many Greek Orthodox churches have been converted into museums or other public buildings.

The guides said the church and government should not engage in decisions that they used to condemn and criticise in the past.

Akel also expressed disagreement, saying that the Hadjigeorgakis Mansion is an urban architecture monument rather than an ecclesiastical one and has never been a sacred place of worship.

Akel said that the mansion has been classed as an ancient monument since 1935 and if the government accepts the archbishop’s proposal it would directly breach a series of provisions of the law on antiquities concerning both ancient monuments and museums.

Ruling Disy MP Nicos Tornaritis also condemned the archbishop’s decision in a tweet saying that he disagrees with this decision and finds his intentions unacceptable.

A Facebook group has also been formed to raise awareness about the decision concerning the Hadjigeorgakis residence, with almost 2,000 people having signed up since Saturday, January 11.

The transport ministry said later on Monday it has not been officially informed of this decision, but despite that, it would discuss the issue with the archbishop.

“The position of the ministry is that the Hadjigeorgakis Kornesios mansion must remain and operate as an ethnological museum, thus contributing to the conservation of historic memory for such an important period of the history of Cyprus,” the ministry said in a statement.

It added that the mansion is seen by Cypriots as an integral part of the town’s history, while preserving it is a matter of public interest.

The house of Hadjigeorgakis Kornesios was built in 1793 and is a key landmark of the past century in old Nicosia highlighting the period of Ottoman rule.

Hadjigeorgakis Kornesios was the official interpreter for the Divan of the Sultan from 1779, possessing one of the most prestigious positions given to local Christians by the Ottoman authorities.

His power and wealth were envied by his enemies who had him beheaded in Istanbul on March 31, 1809.

Party leaders continue to bicker over need for local reforms