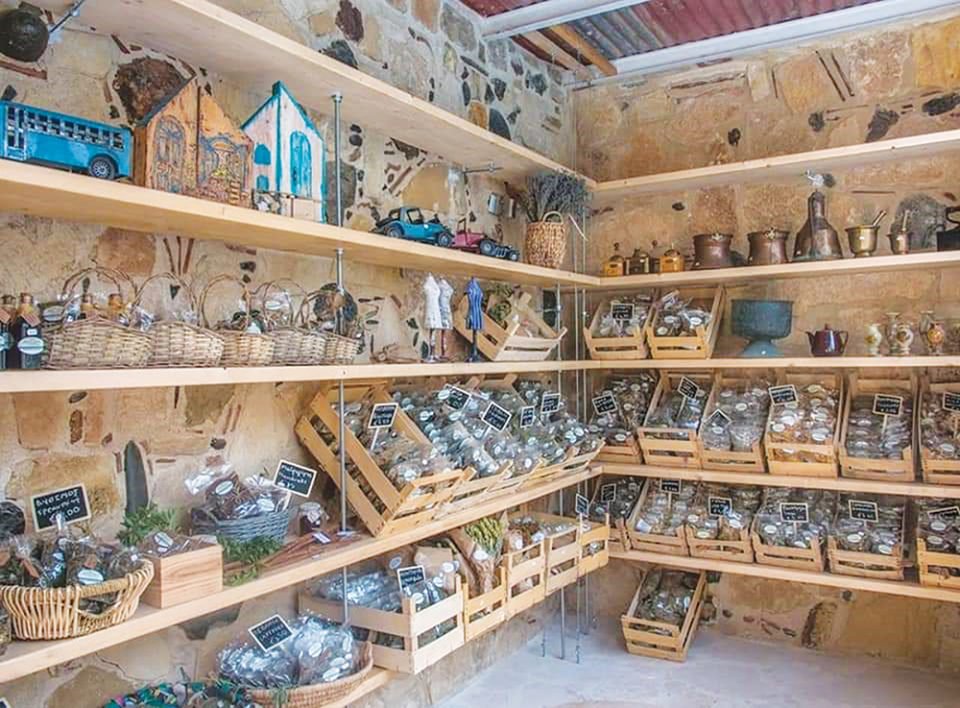 Since ancient times, the herbs of Cyprus have been known for their quality. A museum in Limassol is dedicated to plants that benefit mental health. ALIX NORMAN takes in the feeling of calm

This is a museum of the mind. A place of peace and of healing. It’s called MedFlora, and it’s just outside Limassol, a kilometre from Kolossi Castle. Run as a non-profit venture by the Cyprus Institute for Psychotherapy (CIP), the entire institution is dedicated to the medicinal plants which have, over the centuries, been used to benefit mental health: “A unique museum which details and grows the plants of Cyprus used through the ages for healing the mind,” in the words of Dr Kyriakos Platrides.

President of the CIP, it was Dr Platrides who first came up with the idea of the museum. And what launched early in 2018 as a resource for those with mental health issues – “a prevention programme which offered social integration and healing” – is now a thriving institution for patients and public alike.

“We started the museum as part of the activities of our CIP patients and, in developing the idea, we focused on the medicinal herbs related to issues of mental health, beauty and wellbeing,” he explains. “For instance, we grow mandrake, which was very well-known in ancient times, and was often used as a sedative and a painkiller. There’s also sugar cane, which is very good for the brain, and sycamore which is excellent at promoting positive brain activity.”

What began as a place of healing is now open to all: “an autonomous programme for people interested in mental health herbs,” says Dr Platrides. “We welcome visitors from all over the island and beyond, people who are interested in the history of the island’s herbs and how these can benefit.” And benefit they can, especially those which are endemic to the island…

At the start of the first millennium, naturalist and natural philosopher Pliny the Elder undertook a botanical survey of the Roman Empire in which he termed the herbs of Cyprus “the best in the world.” Our basil, rosemary, and oregano, milk thistle, sage and thyme – all were deemed so potent that healers of the time would specifically seek out the Cyprus varieties. Local monasteries became the initial repositories of this herbal lore; and by the 1800s the Codex Machairas (also known as the Iatrosophikon – a book of folk remedies and recipes based on the herbs of Cyprus and compiled by healer and monk Philotheos) was considered the medical bible of its time.

Today, of course, we’ve moved on from these ancient remedies. But doctors of the mind and the body are increasingly looking to the past for alternative cures to our ailments, and Cyprus flora is still noted for its healing potential. 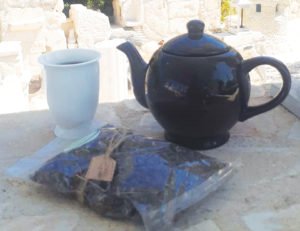 “Cyprus has so many valuable herbs,” says Dr Platrides. “There’s a profusion of Tribulus terrestris” – commonly known as caltrop or goat’s-head – “which is beneficial to sexual health and women going through the menopause. And Angelica archangelica, or garden angelica, is an excellent calmative found across the hillsides of the Limassol and Paphos districts. Another well-known plant is purslane, a herb that’s particularly useful for treating anxiety and depression; in the villages they used to say that anyone who was very happy and talkative had eaten too much purslane! And we also have plenty of saw thistle, a plant which promotes energy; legend has it that Theseus consumed lots of saw thistle before he went off to kill the minotaur!”

At Medflora, these and other herbs are made into teas, tinctures and ointments. And in the coming year, the CIP expect to purchase a distiller with which to make essential oils from plants grown both on the premises and in the surrounding areas. But for now, it’s the gardens and the exhibition hall which make this museum such a fascinating place to visit.

The main showcase resides in The Orpheus Exhibition Hall: displays of dried or resin cast plant specimens, along with various photos and a wealth of information on the collection of medicinal plants and how they benefit mental health, beauty and wellbeing. But a large part of the Medflora experience involves the gardens themselves, which contain a profusion of indigenous herbs.

Called Persephone’s Fields, these gardens are laid out in such a way as to offer the visitor “a meditative walk through the living part of the Medflora Museum. Scents and colours of medicinal herbs, rustling of leaves, the splash of water and birdsong make this a delightful and inspiring experience,” says Dr Platrides. “This medicinal garden hosts over 100 plants that have proved to be beneficial for mental health and wellbeing.”

There’s also a Medea Herbs & Souvenirs Shop (as you’ve no doubt gathered, all the locations are named for mythical figures of the Hellenic world!) which offers “a wide array of herbal remedies and special gift ideas from the medicinal garden; all natural products from our gardens or from our fields in the Paphos area.” And a delightful rest stop in the King Zeus Patio, where visitors can enjoy “a view of the gardens and fields surrounding Kolossi Medieval Castle, take pictures of the idyllic sunset, and relax with one of the museum’s “unique collection of coffteas” – which may sound like a bronchitis sufferer’s final expletive, but is actually a delightful concoction made from both aromatic coffees and herbal teas.

The museum also runs school trips. Offering “a variety of educational entertainment activities based on nature”, these include a blindfolded guessing game (can you work out the herb from its aroma?), a guided tour of the gardens, an amusing jigsaw puzzle activity, and a discussion of various items made from the herbs themselves. And, every third Saturday of the month, the Athamantia Plazza hosts the Eco Bio Market: “an awesome company of inspired artists and sellers of biological products, who meet to discuss ecology and the arts and sell a range of products and artefacts.”

Under the auspices of the CIP, the museum has also launched the Medflora Academy, a repository of knowledge on phytotherapy which focuses on promoting environmental awareness and informing the public of the healing properties of Cyprus plants, nutritional and functional foods. And both museum and academy are rapidly building a reputation as a place of health and tranquillity. Here, at the Medflora Museum, it’s all about natural healing, and finding that perfect inner peace.