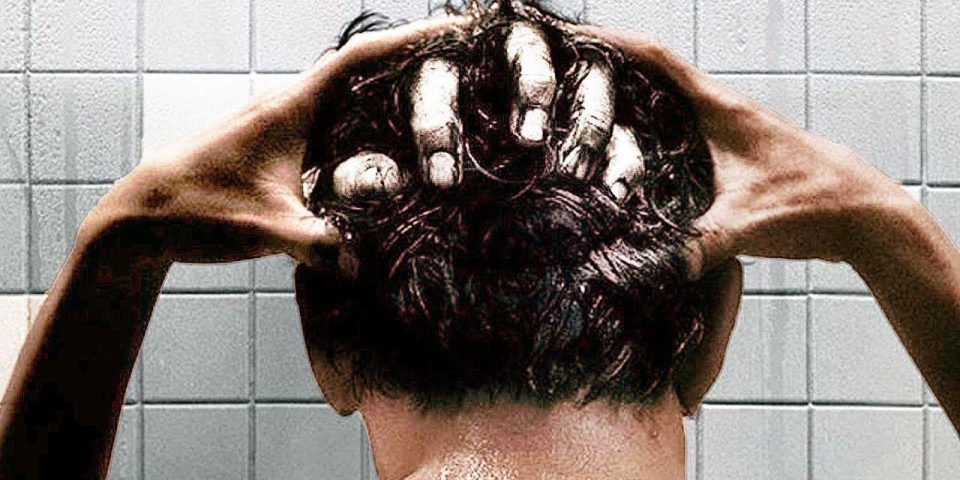 The battle for the soul of the horror movie continues to rage. Some (Us, for instance) use the genre to make political points. Others (Wish Upon, Happy Death Day) go the PG-13 route, without a drop of onscreen blood. Some, like the recent Black Christmas remake, do both – but The Grudge does neither, nor is it artfully restrained like fellow haunted-house movie The Conjuring. This is full-on, proper horror with a number of very gross moments and no metaphorical freight about the underclass being oppressed or whatever; which is not to say it’s mindless.

This is a remake of a remake, The Grudge from 2004 (starring Sarah Michelle Gellar, if you’re craving a shot of nostalgia) having been the English-language version of Ju-On: The Grudge from 2002. Both films – made by the same director, Takashi Shimizu – worked in a quiet way (“The desultory low-tech air,” I wrote at the time, “gives it the morbid melancholia of a handwritten suicide note”) which only heightened the terror, making the situation appear more hopeless. The plot is the same in both: an evil spirit kills anyone who enters a cursed house – but also pursues them once they leave the house, doesn’t stop till they’re dead, then spreads to another victim. The Grudge didn’t need much gore; its bleak, unrelenting tone was scary enough.

The new version is far more graphic, sometimes to the point of being ludicrous (audience reaction has been mixed, to put it kindly; the film was graded ‘F’ on CinemaScore, a US audience poll, the first time such a grade has been awarded since Mother! in 2017). It’s one thing for ghosts to hover in the background like shadowy wraiths, quite another for them to wash our hero’s hair (or massage his scalp, I’m not sure; ghostly fingers appear on his head, at any rate) while he’s taking a shower! The ghosts are so blatant that the characters’ obliviousness – a horror-movie cliché – is more than usually annoying. “It’s just a weird coincidence,” claims weary cop Goodman (Demian Bichir), while his colleague Muldoon (Andrea Riseborough) goes about her daily life even after having been physically shoved down into a tub of water by a vengeful spirit. Come on, guys.

Still, the film is impressive (and scary). Writer-director Nicolas Pesce comes with art-film credentials – he made The Eyes of My Mother and Piercing, a black-and-white Gothic and a very twisted comedy, respectively – and brings two potent ideas to the table. The first is the visual texture, a shadowy netherworld making especially good use of a sickly, rancid shade of yellow that’s consistently creepy; this is an unusually atmospheric horror movie.

The second intriguing idea is structural. Unlike earlier versions, which worked more mechanically – passing from victim to victim – Pesce intercuts the various stories, using the cops’ investigation as a narrative glue, shifting back and forth in time and explicitly making the point that all these hapless people are “bound together”. He also steeps the film in a larger sadness, even beyond the evil spirits: Muldoon’s husband has just died of cancer, an estate-agent couple wrestle with the news that their unborn baby is sick with ALD. Neither of those details is relevant to the plot – but they build a sense of a grim, painful world, full of death and suffering. The killer ghost is scary, above all, for being unreasonable (it’s not really taking revenge; no-one’s done anything wrong) and inescapable – just like Death stalks us all, good and bad alike. There’s a very authentic darkness at the heart of this silly film.

Alas, the silliness wins out – a parade of rotting flesh, screaming ghouls and thousand-yard stares that ultimately makes the film feel disposable. There are seriously macabre scenes here, the highlight being perhaps when a mad old crone (played by Lin Shaye, from Insidious) is discovered in the house piteously wailing “Will you feed me?” and “Don’t leave me”, her husband’s corpse slumped in front of the TV with flies buzzing round it, the fingers on her left hand reduced to bloody stumps (I was afraid she might’ve chewed them off; the truth is almost as grisly). Add the overall free-floating creepiness, and that toxic audience response on CinemaScore seems downright puzzling (this is certainly a more effective horror film than Black Christmas and Co.), then again it’s also true that The Grudge doesn’t really expand in the mind, maybe because the shock effects end up overwhelming the plot; I had a good time watching – resisting the temptation to cover my eyes, on occasion – then mostly forgot the whole thing. All in all, I suspect this lurid, surprisingly full-blooded reboot isn’t going to be the future of horror. Still, the battle goes on.