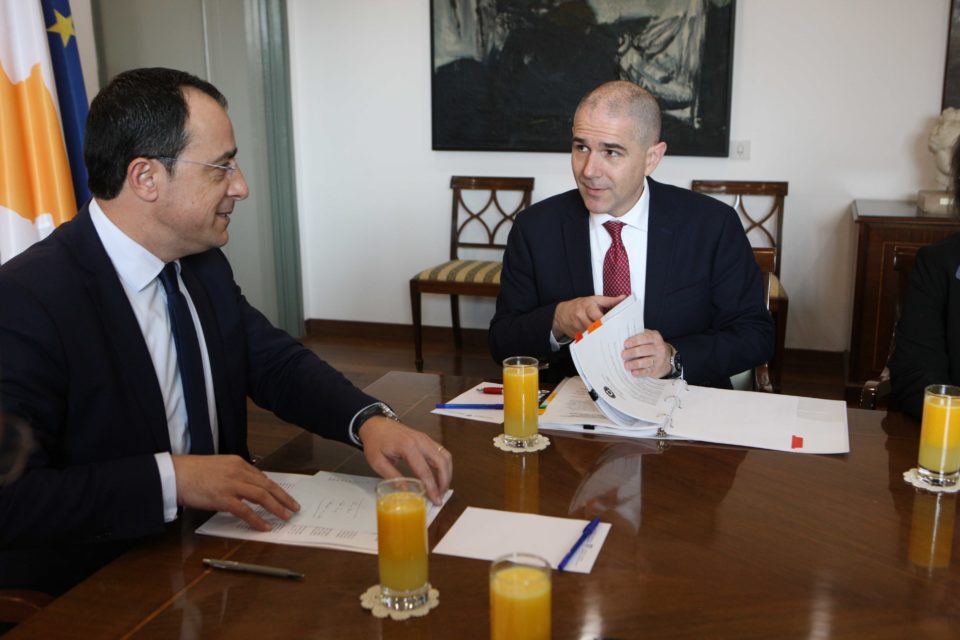 Cypriot and US officials decided on Tuesday to set up a working group to expedite the Republic’s longstanding bid to join the United States’ Visa Waiver Programme (VWP).

In a statement later, the foreign ministry said a working group comprising functionaries from the two countries will be established immediately in order to “speed up efforts aimed at bringing the process [joining the VWP] to fruition as soon as possible”.

The officials also discussed other ways of strengthening ties between the two nations, and agreed to continue and enhance bilateral contacts in a bid to monitor and manage matters of a consular nature.

The US’s Visa Waiver Programme enables most citizens or nationals of participating countries to travel to the United States for tourism or business for stays of 90 days or less without obtaining a visa.

Cyprus has long sought to join the VWP. It’s understood the Republic has been in ‘road map’ status for several years, although it was not immediately possible to determine precisely when official efforts initially began.

According to Wikipedia, since 2005 the US State Department has been conducting discussions with countries known as ‘road map countries’ which are interested in joining (or rejoining) the VWP.

Of the original 19 countries, 11 have been admitted to the VWP. The remaining eight countries include Cyprus, Israel and Turkey.

The European Union has pressured the United States to extend the VWP to its four remaining member countries that are not currently in it: Cyprus, Bulgaria, Romania and Croatia. All of these are road map countries except Croatia, which only recently joined the EU in 2013.

There is no established timeline for how countries nominated for status in the VWP are in between ‘road map’ status and eligibility to participate.

Sources familiar with the matter told the Cyprus Mail that discussions with the Americans have been ongoing for several years. They said Cyprus had been expected to conclude various agreements with Washington before it could be considered eligible for the VWP.

It would appear Cyprus has met most or all of those criteria, the same sources said, adding that the current visit of the Assistant US Secretary of State for Consular Affairs indicates that “we may be at the final stage”.

According to the US State Department, to be eligible for a visa waiver under the VWP, “the traveller seeking admission to the United States must be a citizen of a country that has been designated by the US Secretary of Homeland Security, in consultation with the Secretary of State, as a ‘programme country’.”

A country must meet various requirements to be considered for designation in the VWP. Requirements include, but are not limited to: enhanced law enforcement and security-related data sharing with the United States; issuing e-passports; having a visitor (B) visa refusal rate of less than three per cent; timely reporting of both blank and issued lost and stolen passports; and maintenance of high counterterrorism, law enforcement, border control, and document security standards.

Designation as a VWP country is at the discretion of the US government.

In order to travel without a visa on the VWP, an individual must have authorisation through the Electronic System for Travel Authorisation (ESTA) prior to boarding a US bound air or sea carrier.

In most cases, ESTA is valid for two years. Persons wishing to travel to the United States must obtain a new ESTA if they: receive a new passport, including an emergency or temporary passport; change their name; change their gender; change their country of citizenship; or need to change their responses to any of the ‘yes’ or ‘no’ questions on the ESTA application.