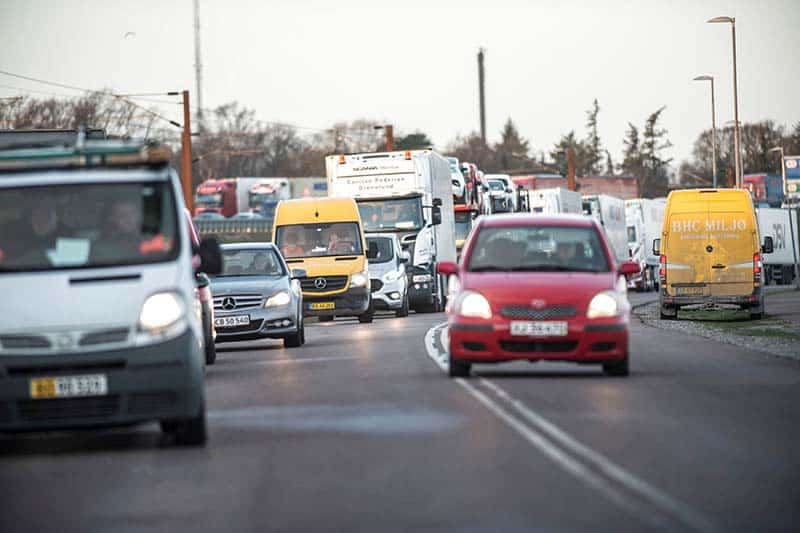 Cars wait after the Great Belt Bridge has been closed in both directions due to a train accident, in Denmark January 2, 2019. Tim K. Jensen/Ritzau Scanpix/via REUTERS ATTENTION EDITORS - THIS IMAGE WAS PROVIDED BY A THIRD PARTY. DENMARK OUT. NO COMMERCIAL OR EDITORIAL SALES IN DENMARK.

The transport minister will be meeting with the association of imported used cars in the coming days to discuss subsidy plans, it emerged on Wednesday.

Transport Minister Yiannis Karousos said the association of used car dealers asked for a meeting to discuss their suggestions after they had been left out of an incentive scheme recently by the government.

In November, the cabinet approved proposals for the withdrawal of old cars with the purchase of new ones and an incentive plan for the acquisition of electric vehicles.

These measures irked used car dealers who have since pressured the government to accommodate their sector also.

In the past they had won key concessions.

MPs and used car dealers expressed satisfaction in February 2019 over the removal of a provision linking vehicle age with tax from a government bill which abolished consumption taxes across the board and introduced an emission-based road tax for passenger vehicles and light vans.

The bill, that was jointly discussed by the House transport and finance committees, was amended following strong reaction by used car dealers who had criticised it as unfair and unconstitutional because it favoured new cars.

The framework for the purchase of new cars is set to be announced shortly, Karousos said.  A second tentative plan which would cover the purchase of second-hand cars remains to be discussed.

The existing plan to subsidise the purchase of a new car, he said, is proceeding according to the timetable and is expected to be announced in February.

“If applications are more than have been budgeted for, then priority will be given to people with older and more polluting cars,” he said.

The grant for the withdrawal of cars older than 15 years is €2,000 per vehicle.

As part of the plan to purchase new vehicles, subsidies have been set aside for people to buy electric cars which cost less than €40,000. In this case each buyer will get €5,000 from the government.

The total amount made available is €3m. The government estimates there will be money for about 1,250 people who return old cars, and roughly for 100 who buy an electric car.