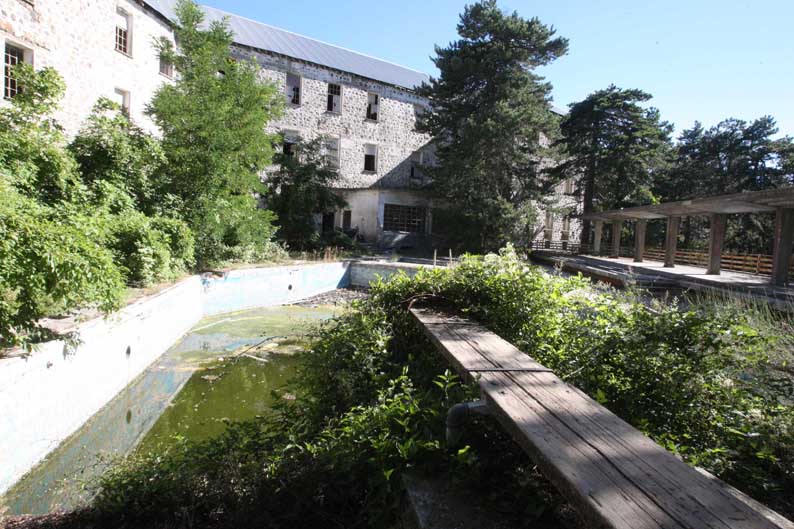 A buyer may have been found for the abandoned and derelict Berengaria hotel in Prodromos.

Press reports claimed an agreement had been reached between the owner of the property, Gordian Holdings, investors and Limassol-based real estate developer Planetvision who want to renovate the hotel.

Planetvision did not confirm details regarding the deal, but a website claiming to be the “official page” Berengaria Hotel, Cyprus, had a post saying renovation work was planned.

“Berengaria Hotel. Caution! The entrance inside is strictly forbidden! The renovation is due to start soon,” said the post.

“Below will be displayed the approved reconstruction plan, which is soon going to be put to life,” the note, which is signed by “Berengaria owners”, said.

The luxury hotel chain Sofitel which works with Planetvision in Cyprus will also be involved in the new project.

According to Phileleftheros, the project was facing delays because of the slow process in securing the approval of the town planning department and the department of land surveys.

The property is situated on a plot of ​​26,520 square metres while the main building covers an area of ​​4,980 square metres. The hotel consists of 80 rooms in two wings while there is also a guest house, a restaurant and a swimming pool.

It was the creation of British architect Walter Henry Clarke who designed it for the Ioannis Kokkalos family. Work was in progress from 1927 and it was opened on June 10, 1931. Its peak years were in the mid-twentieth century when it was dubbed a “crown jewel of the Cyprus mountains”.

The hotel was named after Berengaria of Navarre, the queen consort to King Richard I of England. Richard the Lionheart was to wed Berengaria but a ship taking her to the Holy Lands was shipwrecked off the Cyprus coast and she was taken prisoner by the island’s ruler, Isaac Komnenos. Richard did not take the insult lightly, taking a break from the crusades to conquer Cyprus. Komnenos was taken prisoner while Richard and Berengaria were wed at a chapel in Limassol.

They are said to have spent their honeymoon in Prodromos which is why Ioannis Kokkalos decided on the name for the hotel.

In 2015, the CEO of Ocean Tankers, Michalis Ioannides, who bought the place in 2007, announced plans to turn the hotel into a casino resort, but the plans came to nothing as the government refused to give permission for the operation of a casino. The property was taken over by the Bank of Cyprus as a settlement for Ocean Tankers debts.

They twice unsuccessfully tried to auction it off. During the auction in September 2018, no one offered to pay the reserve price of €2.36m, but there was some interest in the property. At a second auction in 2019 not a single offer was made.

Market investor Gordian Holdings acquired the hotel as part of the project Helix portfolio from the Bank of Cyprus in June 2019.