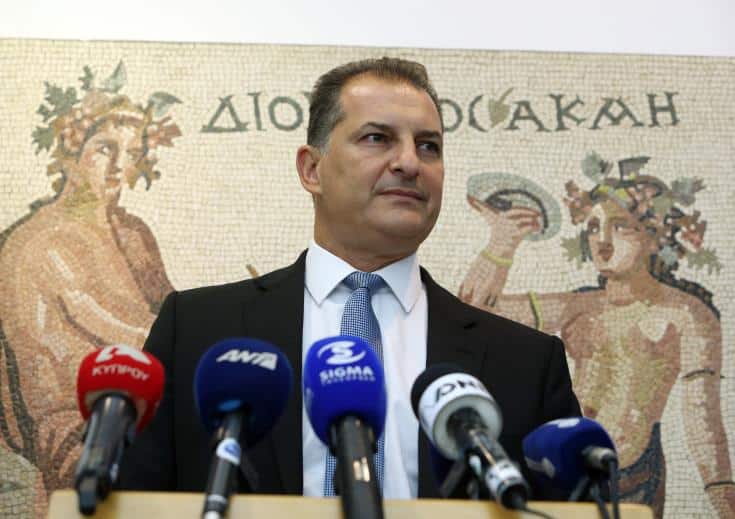 In a move hailed as “historic,” Cyprus on Thursday joined six other countries in signing a memorandum of understanding to formally establish the East Med Gas Forum (Emgf) as an international organisation.

The ceremony took place in Cairo and was attended by the energy ministers of Cyprus, Egypt, Greece, Israel, Italy, Jordan and Palestine.

The forum’s stated aim is to develop the region’s gas market.

France asked to join the Emgf, and the United States requested permanent observer status once the forum formally comes into being.

The seven current participants – eight, were France to join – initialed a founding charter.

The actual signing of the forum’s charter – left to a later date – will signal its official launch. This is expected to occur sometime over the next few months.

Speaking at a press conference, Energy Minister Giorgos Lakkotrypis cited the forum as an example of “how countries, even under difficult circumstances, can form alliances for the benefit of the peoples in the region.”

He referred to the progress made on a mooted subsea gas pipeline connecting Cyprus and Egypt, noting that if all goes well the project could be finished by the year 2025.

The European Union will be covering the forum’s financing over the next two years via a €500,000 grant.

At the gathering, ministers viewed a presentation prepared by World Bank consultants laying out the region’s energy potential as well as forecasted natural gas discoveries over the next 20 years.

The presentation also discussed ways in which the countries of the southeast Mediterranean can compete in the global natural gas market.

For his part, Egypt’s Petroleum Minister Tarek El Molla said the signing of the charter constitutes “a cornerstone in our region’s history which will lead us to cooperate for the benefit our peoples.”

Greece’s Energy and Environment Minister Kostis Hadzidakis spoke of a “historic moment” for the entire Mediterranean.

The participating countries agree that natural gas resources can be used as an instrument for peace rather than a point of contention, he said.

The Greek minister stressed that the Emgf is not averse to Turkey joining, on one condition: that Ankara respects international law.

Both he and Lakkotrypis referred to Turkey’s recent actions in the eastern Mediterranean, such as an accord between Ankara and Tripoli delimiting their respective marine zones – a move dismissed as null and void by both Athens and Nicosia as it ignores their own exclusive economic zones.

Hadzidakis explained that the forum’s charter was initialed only as it needs to be vetted by the European Union to ensure it is consistent with EU law, given that three of the participants – Cyprus, Greece, Italy – are members of that bloc.

It’s understood that once the EU gives the green light, as a matter of routine the cabinet in Cyprus will pass a decision on joining the forum.

It was not clear, however, whether the cabinet will also be promulgating a ratifying law for the same purpose.

Ratifying laws are required only where treaties are concerned.

The forum was holding its third preliminary meeting after being set up last year as part of efforts to transform the eastern Mediterranean into a major energy hub.

Among other things, the forum aims to lower infrastructure costs and secure competitive prices for gas from the region.

Thursday’s meeting in Cairo comes days after Cyprus, Greece and Israel signed an intergovernmental deal for the construction of the EastMed pipeline, seen as a response to a maritime deal between Turkey and Libya.

And earlier this week, Egypt started importing Israeli gas for possible re-export to Europe or Asia.