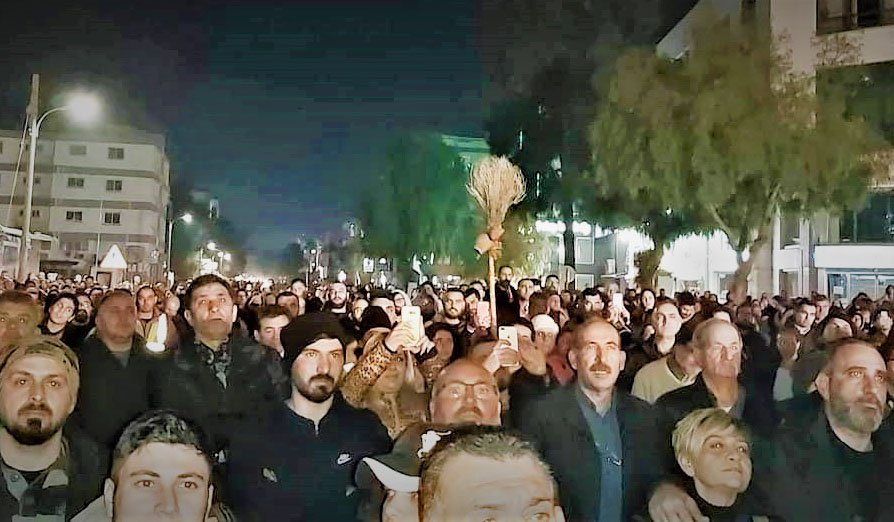 The protest in Nicosia on Wednesday night

Some 2,000 Turkish Cypriots took to the streets of Nicosia on Wednesday night to protest the poor state of the road network in the north and the authorities’ decision to raise the road tax.

The protest was organised solely through a Facebook group and no political parties or other organisations took part in setting up the event.

The poor state of the roads in the north has been the subject of numerous reports in Turkish Cypriot media partly due to frequent traffic accidents, which however are also the result of human error.

The protesters donned yellow vests with many taking the opportunity to speak out. Relatives of people killed or injured in road incidents also took part in the protest.

The organisers said the administration had until 6pm Thursday to withdraw its decision to raise the road tax or else face more protests.