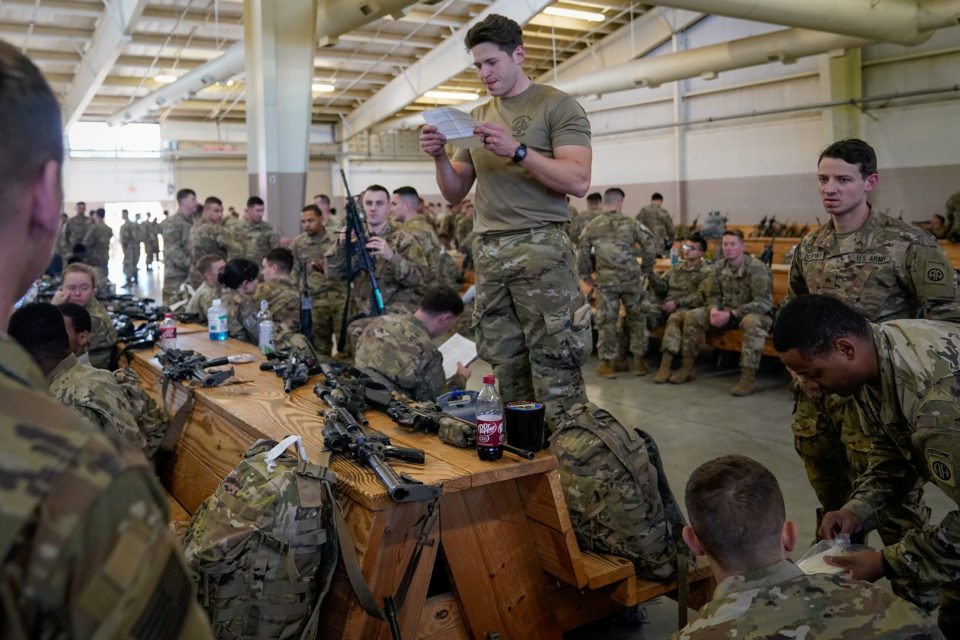 As the 1st Brigade Combat Team of the US 82nd Airborne Division departed for the Middle East amid rising tensions with Iran, their divisional commander gave a simple order. All personnel entering the region were told to leave smartphones and personal devices in the United States.

It was a clear sign of growing official nervousness over the potential vulnerability of items that had become an unquestioned fact of life for soldiers and civilians alike, but which Washington fears potential foes could track, exploit and use for targeting. Such concerns are far from new, but were regarded less seriously when America’s primary enemies were seen as non-state groups such as Islamic State, the Taliban and al Qaeda. Now Washington is worried about other nations – not just Iran, but Russia and China – which are seen as a much more existential threat.

It also points to a much greater trend. Across the board, the communications revolution – and the vast sea of data it produces – has made surveillance much easier, a trend likely to be magnified by the growth of artificial intelligence. It has also facilitated the mass leaking of phenomenal amounts of information, as demonstrated by NSA contractor Edward Snowden. And simultaneously, it has overturned decades of tradecraft in espionage and associated fields, where despite the rise in “fake news” and online trickery, spy agencies like the CIA now reportedly find it almost impossible to maintain the multiple false identities on which they once relied.

“The foundations of the business of espionage have been shattered,” former CIA official Duyane Norman said in a Yahoo news report, which outlined how foreign governments have become much better at tracking real and covert U.S. identities through phone and bank records, facial recognition and even the records of off-the-shelf DNA tests. “The debate [within the intelligence community] is like the one surrounding climate change. Anyone who says otherwise just isn’t looking at the facts.”

For military commanders, the options are also becoming limited. In Russia’s war with Ukraine, Moscow’s forces have shown remarkable skill in targeting counterparts on the battlefield as soon as they use their phones or radios. According to the US-based Military Times, the US Marine Corps already bans troops from taking personal devices on Middle East combat deployments. The US Navy says it is reconsidering its rules, while the Army says such decisions – as with the 82nd Airborne – are at the personal discretion of commanders.

Decisions are inevitably compromises. Taking away devices reduces the ability of personnel not just to talk to their families, but can complicate communications and organization. But concerns are growing fast. This month, the Pentagon also demanded personnel stop using the Chinese-owned TikTok application, with other similar platforms including WhatsApp also added to some blacklists.

Reducing “careless talk” and unnecessary radio and other emissions is hardly new. As far back as World War One, British commanders discovered telephone systems in forward trenches had often been compromised by German signallers and did everything they could to ensure the most sensitive messages were instead carried by hand or word-of-mouth. Naval vessels, military aircraft and particularly submarines have long done everything possible to mask their signatures, particularly near enemy territory. Recent years, however, have seen growing lapses, including from those who might have been expected to know better.

In early 2018, data released by fitness app Strava identified assorted US, Russian and even Iranian secret bases in Syria where military personnel and contractors appeared to have recorded their exercise runs without realising they would be highlighted and widely shared. The US military has now gone so far as to incorporate such mistakes into training exercises, killing off an entire unit in one drill after a soldier posted a selfie photo whose geo-tagging gave away their position.

Authorities are also nervous about non-accidental release of information. This November, White House and military staff removed smartphones from reporters and presidential aides for the duration of President Donald Trump’s unannounced Thanksgiving trip to Afghanistan, which appeared as much about ensuring the news did not leak as worries the phones themselves might be tracked.

In terms of the latter, the greatest threat will come when artificial intelligence and voice recognition software reach the point where phones can be used to monitor nearby conversations without use of a human analyst or translator. That may come sooner rather than later – one reason why some security experts are extremely nervous about Chinese firm Huawei being at the heart of 5G phone networks in several European countries. That may include Britain, due to make its own choice soon. This week, the head of Britain’s Security Service told the Financial Times he believed that risk can be managed without barring the Chinese firm altogether. US counterparts, however, are much more cautious.

For authoritarian states like China and Iran, both witnessing a major spike in often smartphone-coordinated protest and unrest, being able to access and track electronic devices – and the population at large – is seen as a priority. Most notably in Xinjiang province but also across the country, Beijing is turning China into the most sophisticated surveillance state in human history. Within its borders, China already has considerable, sometimes almost exhaustive, access to data and devices. Faster and more incisive artificial intelligence and machine learning will dramatically extend that reach.

The question for Western states will be how effectively their potential foes can repurpose that technology to gather information outside their borders. The United States and its allies have become used to being able to use whatever devices and communications they wished since the Berlin wall fell. Those days are ending fast.

Woman dies after being hit by car

Our View: Very good reasons why the Libya summit is not about the EEZ