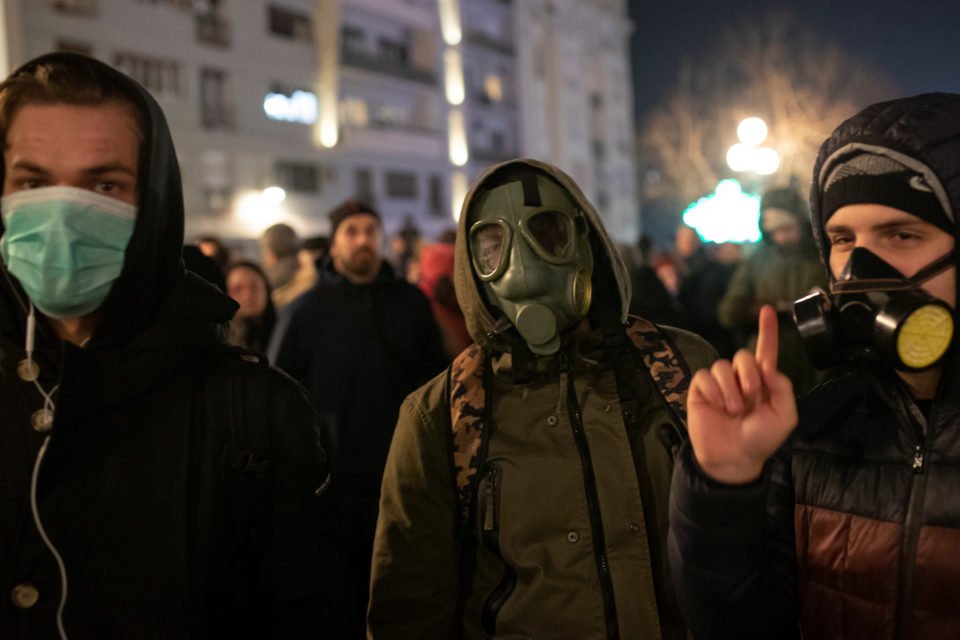 Hundreds of protesters, some wearing surgical masks and respirators, took to the streets of the Serbian capital Belgrade on Friday, demanding the government tackle severe air pollution throughout the European Union candidate country.

Belgrade and several other Serbian towns, along with the capitals of neighbouring Bosnia, Kosovo and North Macedonia, have been choked by dense smog for days, topping lists of the world’s most polluted cities ahead of Delhi, Calcutta, Lahore and Beijing.

“We are all breathing the same air … it doesn’t matter if you are a member of the (ruling) Progressive Party … or you are one of the people gathered here, so let’s do something to fix this,” Radomir Lazovic, a protest leader told Reuters.

According to the Global Alliance on Health and Pollution, an international watchdog, as many as 175 per 100,000 deaths in Serbia are directly linked to pollution, putting the Balkan state in ninth place globally, behind countries like Chad, North Korea and South Sudan.

As a fresh breeze brought some relief and started to lift the smog cloaking Belgrade, protesters said they were angered by the government’s lack of action to reduce pollution levels, both immediately and over the longer-term.

“(The people) must wait for the wind to breathe because the government doesn’t have a strategy on how to deal with climate change and pollution,” said Natasa Pejic, 57, from Belgrade.

Serbia generates two-thirds of its electricity output from decades-old coal-fired plants. Natural gas prices are high for many citizens who live on an average of 500 euros per month.

A growing number of people are burning anything from coal to old car tires in their stoves to keep warm. Streets are also often gridlocked with old cars, adding to pollution levels.

The government in Belgrade said that excessive pollution is common during winter months and although it pledged to take measures to curb it, President Aleksandar Vucic said on Friday the effects would only be seen in six to seven years time.

Due to Serbia’s failure to implement a plan to cut emissions from its combustion plants, the Energy Community (EC), a body which transposes EU energy standards to the bloc’s neighbours, this week opened a dispute settlement against Belgrade.