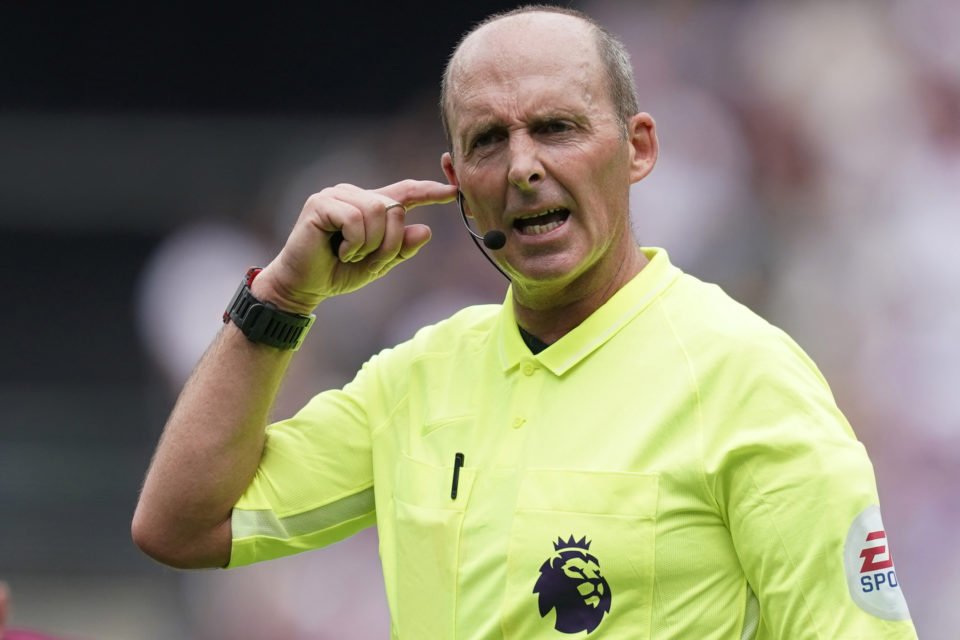 Premier League referees are being instructed by the PGMOL, the body responsible for elite match officials in the English game, to make more use of pitchside monitors for red card decisions.

Since the introduction of Video Assistant Referee (VAR) technology to England’s top flight, no decisions have been made or overturned by a referee after reviewing an incident in the ‘referee review area’ beside the pitch.

However, Michael Oliver became the first referee in England to use a pitchside monitor to make a decision this month when he upgraded a yellow card to a red for Crystal Palace’s Luka Milivojevic in an FA Cup game against Derby County.

The Professional Game Match Officials Limited (PGMOL) says referees should rely on VAR in most instances and continue to use monitors sparingly.

But referees will now be instructed to view a pitchside monitor in two scenarios: when upgrading a yellow card to a red card or downgrading a red to a yellow.

Last weekend Arsenal forward Pierre-Emerick Aubameyang had a yellow card, awarded by referee Paul Tierney for a foul on Max Meyer, changed to red by officials in the VAR hub at Stockley Park in west London.

Tierney may well have made the same decision if he had viewed the pitchside monitor and Manchester City manager Pep Guardiola believes the on-pitch officials should be given more authority to make calls.

“It is a positive move,” Guardiola said on Friday regarding the new instructions on upgrading and downgrading cards. “The referee will be taking responsibility himself. I like that.”

Liverpool manager Juergen Klopp said he could not understand why monitors were not being used more by referees.

“Only reason for having it is to use it. I don’t know why they haven’t been used so far. We want the right decisions so we should use all sources,” he told reporters.

VAR has had a bumpy ride since being introduced this season with gripes about fractional offside decisions and handballs.

Last week West Ham United midfielder Declan Rice said no players in the Premier League wanted VAR after his side had a stoppage-time equaliser against Sheffield United ruled out by VAR after he was adjudged to have used his arm in the build-up.

Rice could do nothing to avoid the ball hitting his arm after it was headed against him by John Egan.

The introduction of VAR has been complicated by the fact that different leagues use the technology in different ways. In Germany, where VAR was implemented in 2017, Bundesliga referees make more use of the pitchside referee review area.

Soccer’s rule-making body IFAB has said it will not police the way VAR is used in different leagues.

“Of course it is a requirement to follow the laws of the game and the VAR protocol,” IFAB secretary Lukas Brud told Reuters this month.

“Competitions may apply some elements of it in a slightly different way but still within the Laws and protocol framework. We work together to try to make it better.”