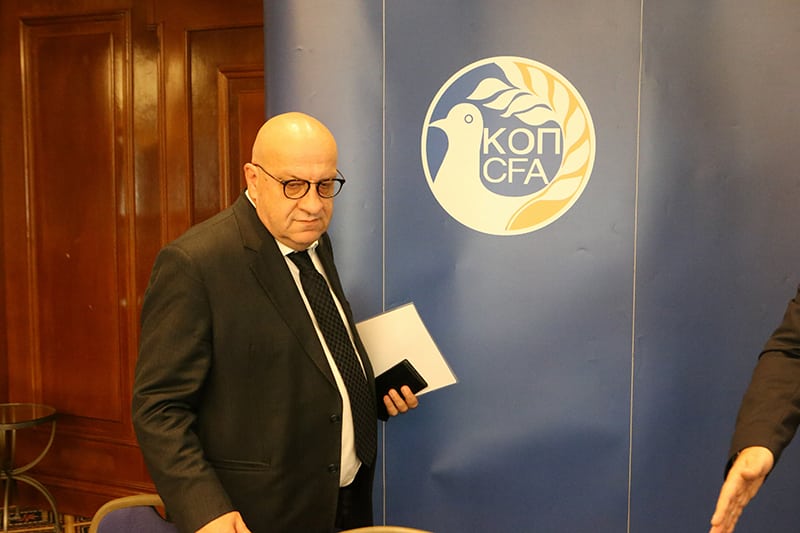 The Cyprus Football Association (CFA) said on Saturday Uefa has accepted its request to dispatch a team to the island over the ‘red notices’ it sent on suspicious betting activity that could mean match fixing.

The issue was discussed on Friday at a meeting at the justice ministry following a bomb attack against a football referee in Larnaca earlier in the day.

The incident was the last straw for the referees’ association which announced they would abstain indefinitely from matches in protest.

As a result, the CFA has cancelled all league matches.

On Saturday, the CFA announced that a request by its head, Giorgos Koumas, to Uefa to send a team to consult on the latest red notices, has been accepted and a date will be announced soon.

The Uefa team will cooperate with the police to investigate the matches for which the European football governing body issued the notices, over suspicion of foul play. They will also train representatives of football clubs on how to deal with them.

The CFA also gave reassurances that it was working, in cooperation with the justice ministry, police and the referees’ association, to allow league matches to resume.

The CFA said earlier in the week it had received notifications concerning possible match-fixing in five fixtures, three for the second division league, and two for the cup.

The reports said suspicious betting activity had been recorded in three second division games – Ermis vs Digenis, Onisilos vs Digenis, and Othelos vs Xylotymbou and two cup fixtures.

The first cup fixture was played between first division side AEK and Karmiotissa with the report assigning blame on the latter.

The other game was between Pafos FC and Ayia Napa but no responsibility was assigned.

All reports have been forwarded to the police, the CFA said.

Around 80 notices have been received by the CFA in recent years, but police have so far failed to bring anyone to book.

Early on Friday, the car of 33-year-old referee Andreas Constantinou was extensively damaged when an improvised explosive device placed on it went off. The vehicle was parked in the garage of the apartment building in Larnaca where the referee lives.

Reports said Constantinou was also the referee in a cup game between Ayia Napa and Pafos FC, the subject of one Uefa’s red notices.

Man who ran over officers remanded