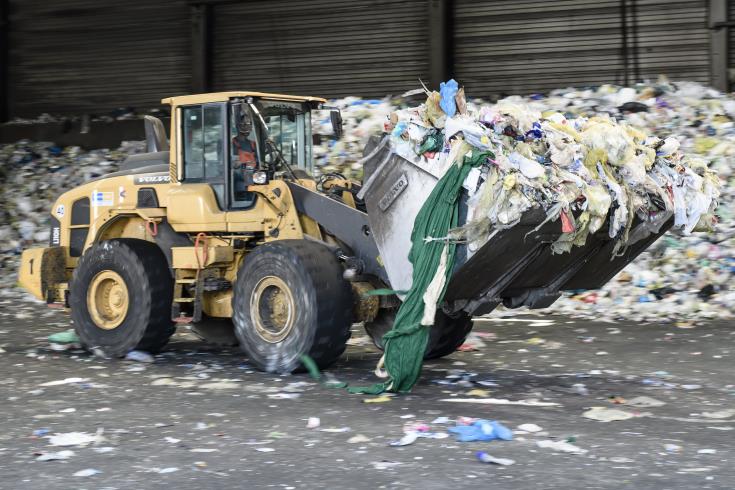 The plant, which turns municipal waste into RDF, started operating in October 2017

Experts are expected on the island next week to help solve the problem of managing the refuse-derived fuel (RDF) produced by the Pentakomo waste treatment plant which is currently being buried as no buyer has stepped in.

Finding a buyer for the RDF, essentially sludge, produced by the plant was an obligation to the European Commission (EC) which had expressed serious reservations over the government’s confidence that it would find a buyer.

The plant which turns municipal waste into RDF started operating in October 2017 and the EU had given the government two years to find a buyer.

Agriculture Minister Costas Kadis told daily Politis on Friday that a team of experts from Jaspers – a technical assistance group that helps countries wanting to apply for co-funded projects to the EC – will be on the island between January 22 and 24 to help find a solution.

The team of experts will assess a proposal submitted by the company managing the Pentakomo plant to construct a unit to use the RDF for electricity production.

The minister said the company will foot the bill for the unit and manage it in exchange for the government extending its contract to manage the Pentakomo plant by 10 years. Kadis said that if the Jaspers team find this solution feasible, then the electricity produced will be sold to municipalities and the electricity authority EAC.

A second option is for the fuel to be burned by the Vassilikos cement factory, the only heavy industry unit on the island that can use the RDF.

Kadis said they are still in consultations but if Vassilikos agrees, the cement factory will take 30 per cent of the RDF for a six-month period.

“So, at the moment, two options are being tested which could provide a solution,” the minister said.

He said the Jaspers team are expected to give their opinion by the beginning of February.

“If Jaspers tells us that this proposal is either not feasible, presents shortcomings or is financially or technologically not feasible that chapter will close and we will move on either to the solution offered by the Vassilikos (cement factory) or other solutions,” Kadis said.

He added that an assessment of the cement factory option will be carried out by summer.

An initial plan to build a facility near the waste treatment plant to turn the fuel to energy was rejected in 2012 over concerns of its environmental impact.

When Jaspers first assessed the project in 2012 it had warned that a waste-to-energy unit must be ready by the time the RDF is produced but because such a unit had already been rejected, the government then counter proposed seeking a contractor to take in the waste. They reassured the team of experts a year later when they visited the island again that it would launch a tender to find a taker.

Despite strong reservations expressed by Jaspers, the government insisted that it would be able to sign a contract with a company to take the fuel.

Former Agriculture Minister Nicos Kouyialis had expressed certainty back in 2017 the government would be able to find a buyer within the deadline set by the European Commission and avoid any sanctions. This deadline has now passed.

Our Views: Guarantees for private hospitals not the issue, the state sector is