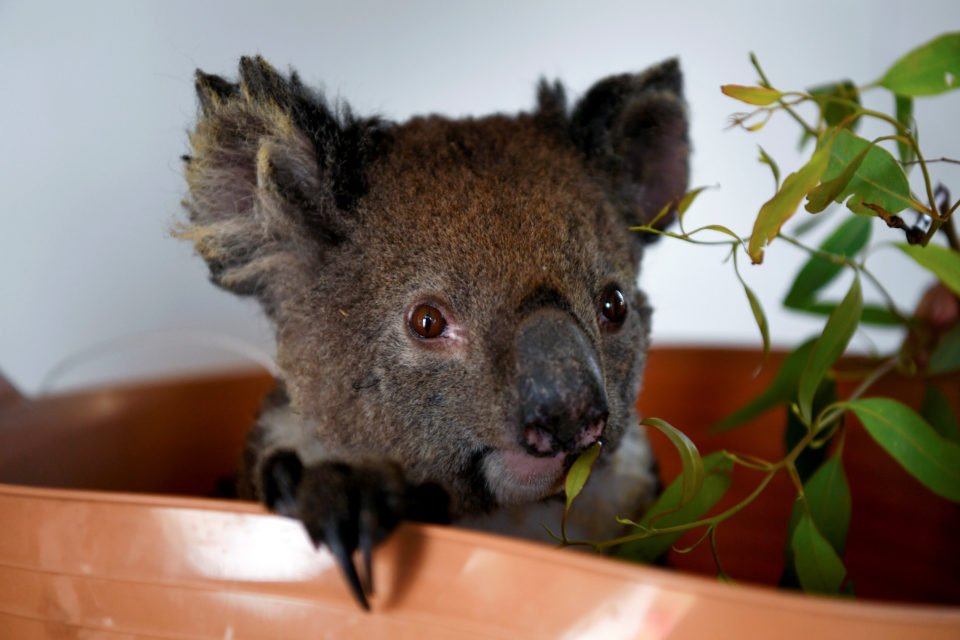 An injured koala is treated at the Kangaroo Island Wildlife Park

The Australian government said on Sunday it will provide financial aid to the country’s tourism sector that’s been badly hit by long-lasting bushfires, as business owners fretted about cancellations that stretch into the months ahead.

Although recent rains have brought some relief, damage to the industry from the fires has approached A$1 billion ($690 million) so far and may top A$4.5 billion by the end of the year, according to estimates from Australian tourism bodies.

“They think the whole island is on fire and it’s not, so we really need to send that message out that the island is still accessible.”

A fire earlier this month scorched more than 200,000 hectares (494,000 acres) on the island, located off the coast of South Australia, in blazes described as “hell on earth”.

The government said on Sunday it would channel $76 million ($52 million) in what it described as an initial push to help the country’s A$152 billion tourism industry, which accounts for more than 3% of annual economic output.

“International visitors are critical and especially critical in places like Kangaroo Island or tropical North Queensland and these are destinations that have relied upon a large part of their visitor market being international tourists and that’s why we got to recover those markets as quickly as we can,” said Tourism Minister Simon Birmingham.

Birmingham said bookings from key international markets to Australia were down by between 30% and 40%. Domestic bookings across the country were down nearly 70%, Australian media reported.

Rains have brought the number of fires burning across Australia’s east and south coast to under 100 for the first time in weeks, easing a disaster that has scorched an area roughly one-third the size of Germany.

Twenty nine people have been killed in the fires while millions of animals are also estimated to have perished.

In Melbourne, fears receded that smoke from the fires would disrupt the Australian Open which starts on Monday as the city and parts of the bushfire-ravaged state of Victoria braced for heavy rains.

“Victoria is about to see its wettest two-day period in many, many months,” said Dean Narramore from the state’s Bureau of Meteorology.

More than 780,000 fans attended the two-week Australian Open last year, according to figures from the office of the state’s premier, providing a major influx of cash for Victoria’s economy.

Following are some highlights of what is happening in the bushfire crisis:

* About 80% of the Greater Blue Mountains that are on the World Heritage List of protected designations have been lost to the bushfires, Australian media reported.

* There were 69 bushfires in New South Wales, nearly a third of them still to be contained, and 14 fires were burning in Victoria, with some big blazes in state’s mountain region known for hiking.

* Intense storms and heavy rains were expected across Australia’s east and south coast on Sunday and Monday, with meteorologists warning of heavy flash flooding in Victoria.

* The Southern Highlands in New South Wales re-opened to visitors after bushfires burnt through the region last year.