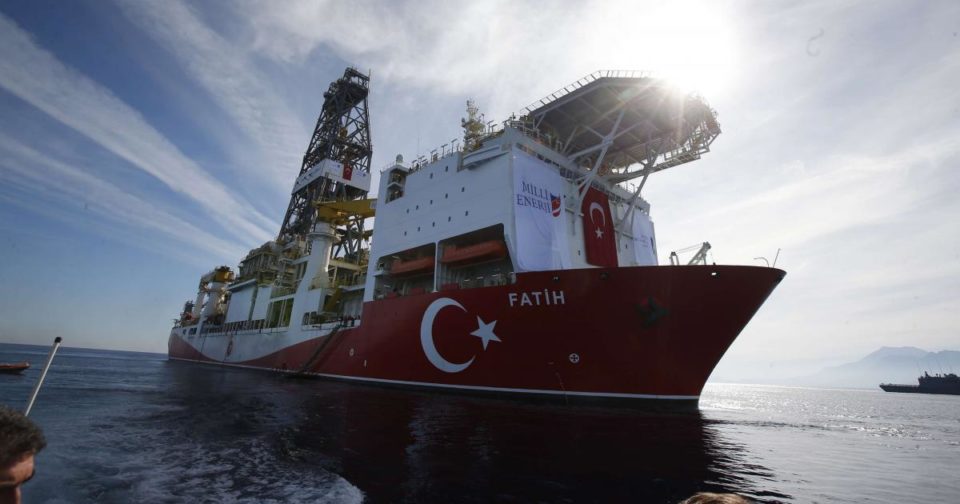 The other day I met a friend whom in previous years I would have called a nationalist. I directly posed the question: Is Turkey a beast? I was honestly surprised by his response, which was the one I would have provided but not the one I was expecting to hear from him.

“Turkey has proven diplomatic skills that consistently serve Turkish interests on the basis of long-term strategic plans,” he said, adding she was financially robust and in an enviable geostrategic position. “As a rule, Turkey plays with open cards; her plans and intentions are publicly announced in advance, but she has the patience to wait for the right conditions to arise that would enable her to realise her goals.”

There is little doubt that Turkey is a country which is difficult to confront as an enemy. If attempted, the perpetrator is more likely to end up on the losing rather than the winning side. This bitter truth we tasted in the military field in 1974 and in the diplomatic field to this day. The geographic data, the population data, the economic data, the military data are a given and we cannot change them. On the one side is Great Turkey and on the other side is Little Cyprus – whether we like it or not.

It is readily apparent that if we continue following a confrontational course, it is certain that we will push Cyprus down the cliff. There is no way we can defeat Turkey or force her to beat an irregular retreat. Those who do not have the patriotic decency to acknowledge this reality live in a dream world; by the time they wake up it will be too late.

The logical extension of these thoughts is that we have no other option but to strike a compromise with Turkey. We must find a basis to co-exist. The formula is simple. We need to recognise Turkey as an important player in the Eastern Mediterranean and, more specifically, in the regional hydrocarbon game (a role Turkey actively seeks to secure for herself) and, in return, be left alone to attend to our home affairs, without external interventions but within the framework of a bicommunal, bizonal federation, with political equality between the Greek and the Turkish Cypriots and in the context of the European Union.

Despite the fact that there are clear indications that Turkey would consider such arrangements, the Cypriot foreign ministry systematically follows a course which provokes Turkey and inevitably creates a climate of friction and conflict. A recent example of such behaviour was Cyprus’ unilateral delineation in May 2019 of the Cypriot and by extension the Turkish EEZ,in the north and northeast of Cyprus, an act which amongst other things led to the Turkish-Libyan developments. The delineation of Cyprus’ northern EEZ was based on the equidistant line between the shores of Cyprus and Turkey. This is not exactly what is stipulated in the United Nations Convention on the Law of the Sea (UNCLOS).

The argument advanced by the Cypriot foreign ministry for not following the UNCLOS provisions is that Turkey does not recognise the Republic of Cyprus and, therefore, jointly referring the dispute to the International Court of Justice (ICJ) is unfeasible. I ask you: have we considered the possibility of such an appeal being made jointly by the European Union and Turkey? Such an approach would have the added advantage that it would confirm – in an undisputable manner – the delineation of the exclusive economic zone of the European Union with Turkey. Of course, such an approach would involve Greece and perhaps Bulgaria and Romania (in the Black Sea), and it would entail an advance exploratory discussion with the European Commission and the other EU countries affected.

Another objection which is often heard is that Turkey is not a dependable country and therefore it does not make sense to seek an agreement with her as she would not honour the terms. Let me say that I consider this position to be arbitrary and not supported by facts. Nevertheless, even if we were to accept this position as a justified fear, is there any doubt that it is much more preferable to have to deal with a Turkey that has withdrawn from Cyprus and has committed herself to abide by the terms of an international agreement, as opposed to a Turkey that maintains 40,000 troops in northern Cyprus and on which the Turkish Cypriots heavily depend for their economic survival, their physical safety and their international political “representation”?

Despite the fact that the answer to this question is obvious, the supporters of the partition of Cyprus (who, on the basis of surveys, comprise some 25 per cent of Greek and Turkish Cypriots) systematically promote the myth of the “beast” for the purposes of frightening and terrorising Greek Cypriots. Their ulterior goal is to undermine any agreement which could lead to the re-unification of Cyprus. For sure, some of these people must be serving alien interests.