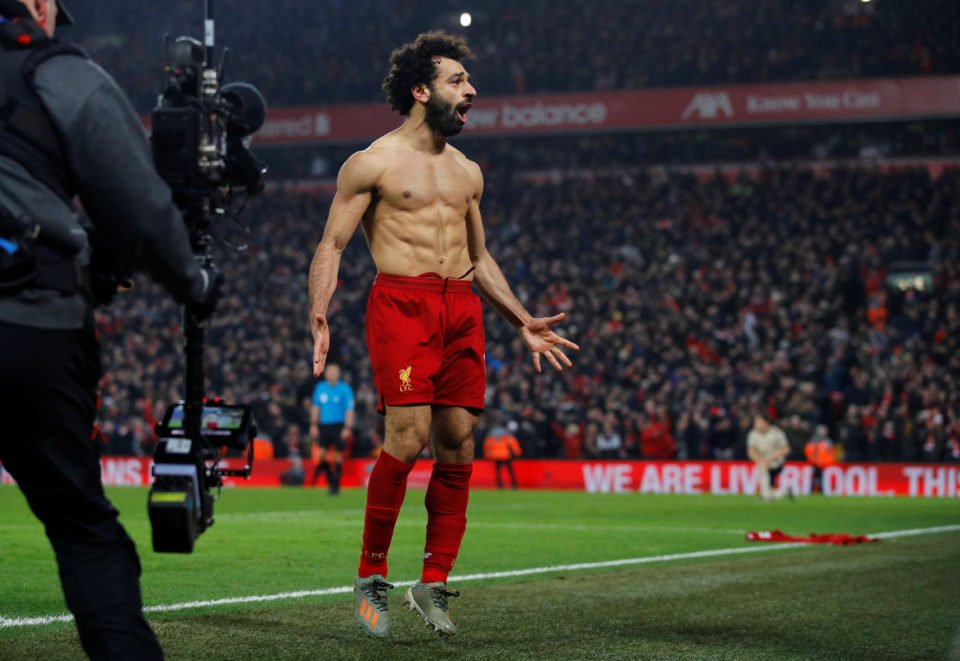 Liverpool moved 16 points clear at the top of the Premier League after a 14th-minute Virgil van Dijk header and a stoppage-time strike from Mohamed Salah gave them a 2-0 win over Manchester United at Anfield on Sunday.

Juergen Klopp’s side, chasing their first league title in 30 years, also have a game in hand on second-placed Manchester City with the title race appearing more of a procession than a contest.

After a promising start from the visitors, Van Dijk was poorly marked by United as he rose to head in a Trent Alexander-Arnold corner.

Salah missed a glorious chance from close range just after the interval during an intense period of pressure from the home side, in which Jordan Henderson also hit the post.

United survived that blitz and clawed their way back into the game and could even have snatched an equaliser but Anthony Martial blasted high and wide in the 59th minute.

Ole Gunnar Solskjaer’s side applied some late pressure but were caught on the counter-attack in the final moments with Salah racing clear before slotting home.

Burnley 2 Keicester City 1
Burnley recovered from a goal down to beat high-flying Leicester City 2-1 at Turf Moor on Sunday, ending their four-match losing streak in the Premier League.

Sean Dyche’s Clarets failed to score a first-half goal for an 11th successive league game, and their problems worsened when midfielder Harvey Barnes put the visitors ahead with a stunning solo effort in the 33rd minute.

The hosts responded after the interval with striker Chris Wood scoring the equaliser from a rebound after Leicester goalkeeper Kasper Schmeichel saved a header from Mee.

Leicester, third in the standings, had an opportunity to reclaim the lead when Mee brought down Barnes in the box but Burnley goalkeeper Nick Pope kept out Jamie Vardy’s weak penalty.

The turnaround was complete, with 11 minutes remaining, when Ashley Westwood blasted in after a Charlie Taylor cross from the left to ensure Burnley took all three points, lifting them to 14th place in the table, five points above the relegation zone.

“I thought we deserved to win the game but we didn’t take our chances,” said Leicester boss Brendan Rodgers.

“A mixture of their keeper making some brilliant saves and our finishing and we somehow lost the game,” he added.

Dyche credited his side for delivering when many had begun to question their chances of survival this season.

“I thought the performance was there and we had worked on it all week, so I was pleased with that. We delivered with a mentality to perform under a few question marks,” he added.

Pope, who made some vital saves in the second half, was delighted the team’s losing streak was over.

“It’s a massive win for us. The lads worked so hard and the atmosphere was electric. You go on bad runs during the season so to snap them quickly is important,” he said.

“To lose four on the spin is hard, but to go a goal down and react like we did against a good team is great.”